Home Opinion Will Bill 6 really deliver as promised, or is it more of the ‘nanny state?’

The Key Board Commando 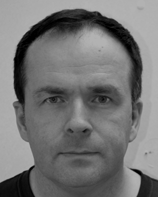 I’ve often said that the “nanny state,” despite its best intentions to promote the general welfare of the public with rules and regulations, often does more harm than good.
Rather, it provides no net or appreciable benefit when it does so. Let’s look at a controversial subject of late.
Many farmers in Alberta are in an uproar over Premier Rachel Notley’s Bill 6. The legislation was passed in December and requires all farms and ranches in Alberta to fall under occupational health and safety rules and to pay workers compensation coverage.
But many farmers have been protesting against Bill 6, saying they weren’t consulted on the bill’s provisions, that it imposes undue financial burdens on them and they want the legislation rescinded. Check ‘Farmers Against NDP. Bill 6’ on Facebook for more details.
However, during the legislative sitting in December, the premier stated it’s about providing ‘basic, fundamental human rights to certain groups of workers in this province’.
Now, her government is in damage control mode. Alberta Agriculture Minister Oneil Carlier says six working groups will deal with occupational health and safety details, labour relations and employment standards. This isn’t likely to satisfy those farmers and ranchers who feel they’ve had no say or representation in the rules, regulations and financial obligations imposed by this government.
And aren’t they right? Where was the consultation process? When were they given the opportunity to voice their opinions and concerns about it?
Yes, Premier Notley and her NDP government have the authority to pass legislation, just as their predecessors have done since the founding of Alberta in 1905. But, as far as I’m concerned, the agricultural community in this province had no voice – no say – in something which has fundamental ramifications for the way they operate.
I think they could launch a court challenge against this government for the way it acted unilaterally – with no regard for the democratic process.
It’s all very well for the premier to tout Bill 6 as providing ‘basic, fundamental human rights to certain groups of workers in this province’. But by ramming through this legislation with no forethought of the implications to farmers and ranchers, she has said to the them, ‘It’s my way, or the highway’.
She passed a controversial piece of legislation, saw the uproar it caused and now she’s trying to settle ruffled feathers with these six “working groups” as an afterthought. Granted, these “working groups” could resolve some of the concerns that farmers and ranchers have.
But don’t expect the premier to acknowledge the need for amendments to the legislation. It’s here to stay, and won’t be changed unless there’s a change in government.
While I condemn the premier for her actions, I will also say that educational tools are very important. Next week, I will discuss the education program that the Farm Safety Centre uses. It is very valuable in promoting safety to kids in school.