Home Events, News Having had to cancel the last two years, Villa residents are happy to hold their 2018 New Year’s Party 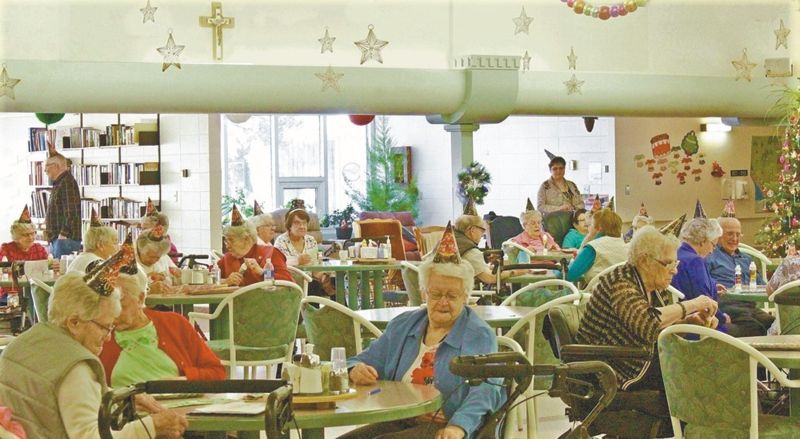 The Villa has approximately 70 residents currently and some family and friends also visited to participate in the celebrations, to enjoy a glass of Champaign or Champaign punch, play bingo, sing songs and listen to live music played by Phil Dube and Raymond Rey.

The Villa normally has its New Year’s party on the Friday prior to New Year’s Day but for the past two years they didn’t have it because it was on breakout.

“When we are on a breakout here we have to stop all activities to try and stop the spread of viruses,” says Villa Beausejour activity director, Leas Roby. “So for the past two years we were on a breakout so I wasn’t able to have my New Year’s party. So this was the first time in two years that we finally had a party and they were happy because they really miss it.”