While its objective of offering a fun, sociable way for the McLennan, Victory Life Church to get together with everyone in the local community, this year’s 5th annual Church in the Park event was different for a couple of reasons.

“Church in the Park began as an expression of McLennan Victory Life Church’s desire to reach out into the community and create a fun day for kids and families,” says Pastor Todd Moore. “We offer our church service outdoors, open, as always, to any who would like to attend, followed by a concession offering burgers, hot dogs, chips, chocolate bars, and cold drinks.”

Unlike former years when the event was held either in College Field or the H.W. Fish Arena in McLennan, this year’s event was held at the Honey Capital Splash Park in Falher.

Former Church in the Park events were also held in early September when families have returned from summer vacation and kids are back in school.

This year however, the decision was made to hold the event on July 29.

“This was McLennan Victory Life Church’s 5th annual Church in the Park. It was, however, our first at the splash park in Falher,” says Pastor Moore. “It was a tremendous success, with approximately 160 in attendance for the service, and a steady flow of kids playing on the toys and in the splash park through the afternoon. We really enjoyed the opportunity to see old friends and to make new ones.”

The Church in the Park service with live music provided by members of Victory Life Church began approximately 10.30am. The inflatables were setup around noon. Throughout the hot, sunny afternoon the kids ran and played between the Honey Capital slide, the splash park and the inflatables.

Later in the afternoon, around 2pm Victory Life Church members took to the stage again to give an impromptu concert, which was greatly appreciated by both adults and children.

Apart from the minimal price for food to cover cost, the Church in the Park event was entirely free thanks to the generosity of numerous local sponsors and the support of the Town of Falher. 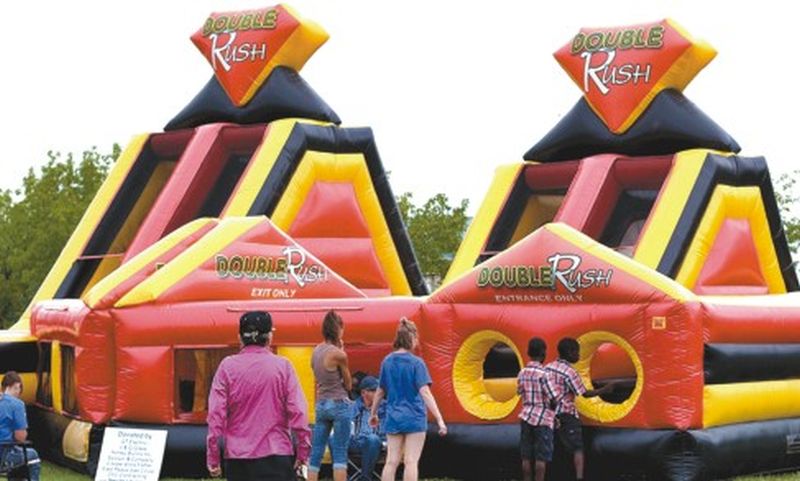 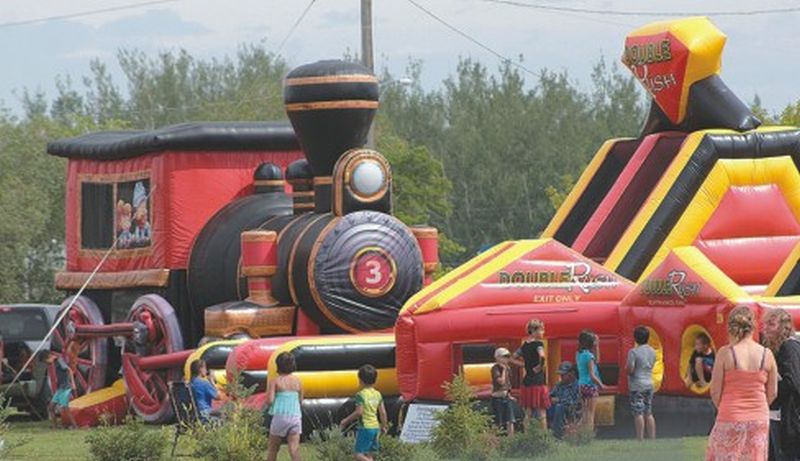 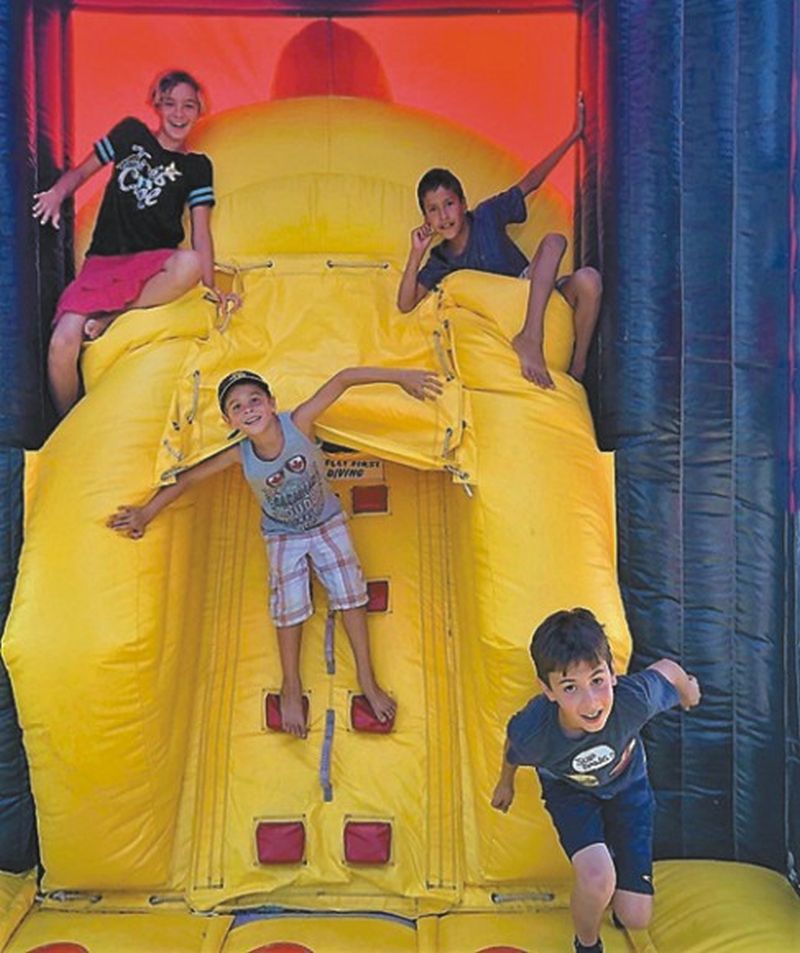