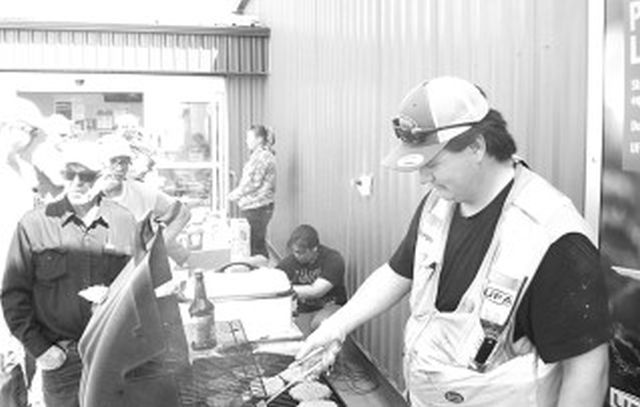 The UFA Farm & Ranch Supply Store in Falher was a busy place on June 8, as the staff served lunch to between 400 and 500 people.

“It was a great success,” says Manager Louis Sniezek. “The support from the community was tremendous. We hope to have this event again next year.”

The lunch consisted of hamburgers and hot dogs, and there were draws for prizes as well.

As per the UFA website, Farmer’s Day was established in 1945. In 1951 the Alberta government declares every second Friday in June to be Farmers Holiday by Order in Council. Schools are closed for the day. Festivities are held by local communities.

In 2010, UFA officially revived Farmer’s day, bringing back the tradition of Farmer’s Day as a way to honour the contributions of Alberta farmers and the agriculture industry. 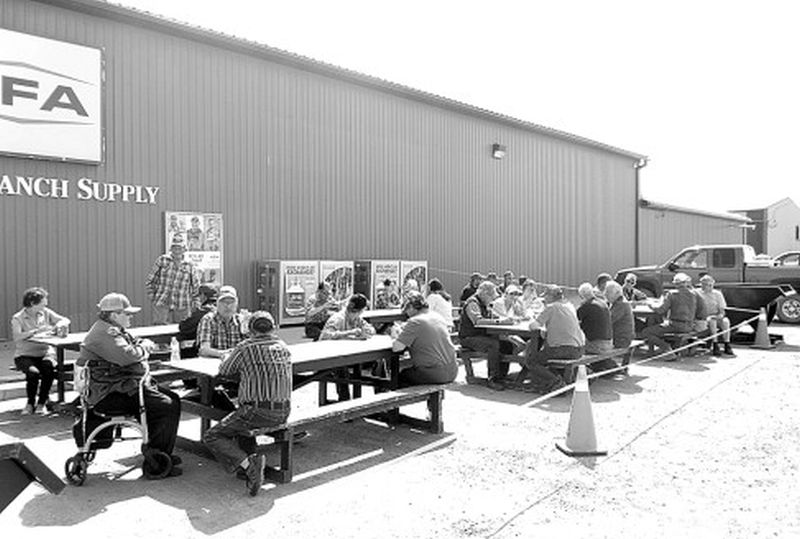