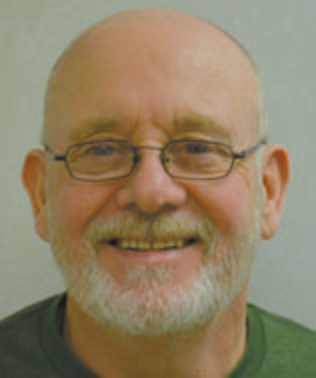 In a move to fight obesity, the World Health Organization (WHO) has recommended that governments impose a tax on sugar-sweetened drinks, raising the price by 20 percent.
A health organization recommending taxation as a remedy to a health issue seems like a lazy method of fixing the problem.
WHO has produced a report suggesting that a 20 percent tax on sugar-sweetened drinks would reduce consumption and eventually reduce obesity and other illnesses associated with excessive sugar consumption.
It appears taxation is the great panacea of our time, a cure for all our environmental problems and health concerns.
The reasoning is that if every noxious substance: tobacco, alcohol, sugar, salt, and carbon emissions are taxed we will eventually live in a perfect world and enjoy perfect health.
I never envisioned that taxes could be so benign, so beneficial, a magical device to purge us of our bad habits, habits that have been relentlessly pushed on us.
The unbridled consumption of sugary drinks poses a real health issue. However, as long as WHO is recommending a tax on unhealthy products such as pop, it should also recommend a 20 percent subsidy on healthy food such as fresh produce if good public health is that organization’s ultimate goal.
It is also curious that WHO does not suggest that governments go after industries that manufacture these products and mandate that they use 20 percent less sugar in the process.
Apparently, it is easier to ask governments to impose an excise tax on the consumer, the public, than it is to ask government to confront industries that knowingly engage in selling products that are detrimental to people’s health.
On matters that result from the conscious indifference of governments and industry, it appears the public must always pay the price for corrective measures. With tobacco, alcohol, carbon emissions and now sugar, the approach is always the same; tax the consumer.
Asking government to stand up to big corporations is like asking it to commit fratricide. The liaison between big corporations and governments has endured for so long and become so interdependent that it is indeed a familial relationship.
Governments always move slowly in addressing the fraudulence used in labeling and promoting products for human consumption and only act when they are pushed to do so.
An additional 20 percent on the retail price of pop and other sugar-sweetened drinks will obviously have an impact on consumption.
But why does WHO recommend such a lengthy, convoluted route that lays the burden on the consumer rather than suggest that governments mandate changes to the nature of the industry and the composition of the product.
Maybe it is a way of giving Big Sugar and all its ancillary interests’ time to place their operations and resources elsewhere like the tobacco industry has done.
Changing the sweetened beverage industry overnight would have an immediate, positive impact on public health but it would leave the industry no time to regroup.
A real solution that has a negative impact on the industry is something most governments and their sibling corporations would prefer to avoid.
Maybe the World Health Organization knows this and is taking care of its own health first.