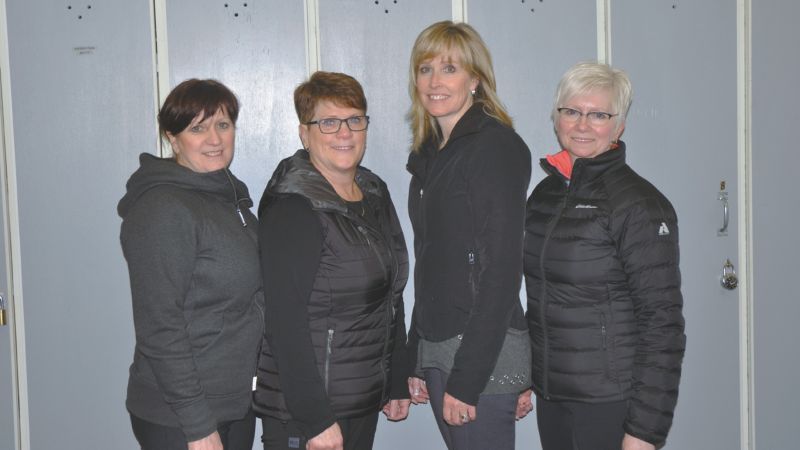 Rita Lapensee’s Falher rink won the B Event at the High Prairie Ladies Bonspiel Jan. 26-28 after defeating Linda Labbe’s Tarpon Energy Peace River rink 6-4. Lapensee scored three in the first end and never trailed. Labbe battled on to score one point in the second and two in the fourth end to trail 4-3. Lapensee scored one in the fifth end, then stole one in the sixth to regain control. Rink members, L-R, are skip Rita Lapensee, third Colette Trudeau, second Myrna Lanctot, and lead Murielle Marceau. The bonspiel had 16 rinks from as far away as Valleyview, Peace River and the Smoky River region.