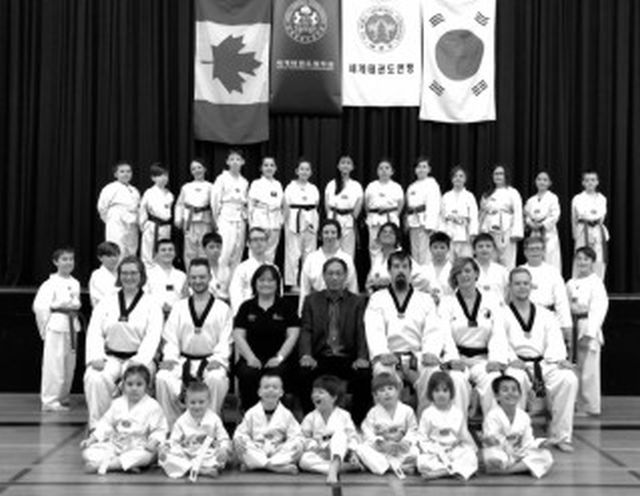 With the season winding down, Smoky River Taekwondo held a meet at Georges P. Vanier on April 21, including six members of Iron Tiger Taekwondo of Manning joining them.

“Everybody who came out advanced,” says instructor Alain Johnson. “We had a younger group than we’ve had in the past.”

The students, between the ages of five and 13, performed their patterns, kicking demonstrations, sparring and board breaking. They received their new belts at the end of the meet. James Lo, the grandmaster for several taekwondo groups in Alberta, offered training to Johnson and the other black belt instructors.

Students in Johnson’s group went to tournaments during the winter, including Whitecourt on Jan. 27, to Shaunavon, Saskatchewan on April 14, and the Alberta Open in Edmonton on April 28. They brought home lots of medals from their respective tournaments.

Some of them came home with a better appreciation for the sport, especially for the intensity required to compete.

“It’s always a learning curve going into the classroom,” says Johnson. “Those kids that come back increase their intensity when they see what is required.”