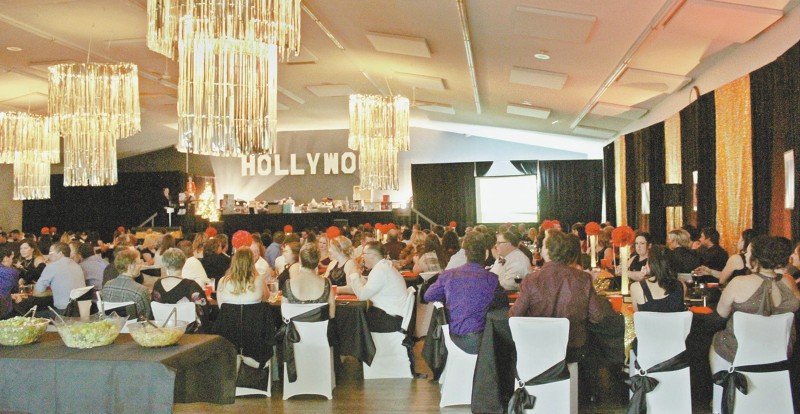 The Annual “Christmas Affair Gala” is the Smoky River Minor Hockey Association’s major fundraiser of the year, so no effort is spared in staging a formal but relaxed evening with excellent food and entertainment in a tastefully decked out, sophisticated environment.

The SRMHA worked tirelessly over the past few months to organize its “Old Hollywood” themed, 6th Annual Gala,” transforming the Centre Chevaliers into a venue that left the mundane and the everyday at the door and offers guests a spectacular event in an elaborate and stylish atmosphere.

The event on December 2, began with hors d’oeuvres, cocktails and signature drinks, served when the doors opened at 5pm and the buffet dinner was served at approximately 7pm.

“Our sensational caterer Amber Karlson-Ouellet with Country Girl Catering is one of our amazing minor hockey parents and she has donated her services to the association for a few years now,” says Pauline Therriault one of the organizers of the event.

Music and dancing were also a feature of the evening.

The sale of raffle tickets and tickets for mystery trips along with a silent auction that took place throughout the evening, offered numerous items donated by local businesses and community members in support of the SRMHA.

The mystery trip raffle is always a big event with this year’s first prize of 5 nights at Planet Hollywood in Las Vegas and $1000 spending money going to Denise Caron.

Second prize of 4 Edmonton Oilers tickets with a $300 Visa gift card was won by Amanda Roy.

The annual Gala has been remarkably successful due to significant community support and this year’s event continued that tradition.

“Support from our local Seedmaster dealers, Richie and Jahla Maisonneuve of Peace Country Equipment has played a significant role in making it happen,” says Therriault.

Seedmaster Seed Foundation awarded a $5000 grant to SRMHA providing a substantial contribution to this year’s Gala.

The Seedmaster Foundation describes itself as a “foundation that funds fundraisers,” providing grants to rural community groups fundraising for causes of social value.

“The grants are intended to help cover the costs of fundraising expenses so community groups in agricultural regions can have the confidence to dream bigger, be more innovative, and be entrepreneurial when producing a fundraising event,” says a mission statement by Seedmaster President Norbert Beaujot.

From the planning phase, to the setingt up and presentation of the event, to the taking down of props and decorations, a huge commitment from community volunteers has been integral to the Gala’s continued success.

The money raised from the annual Gala makes participation in minor hockey more affordable for kids in the Smoky River Region and allows the SRMHA to assist kids in learning, not only the skills of the game but also imparts the value of teamwork and sportsmanship, a disciplined work ethic and respect for themselves and others. 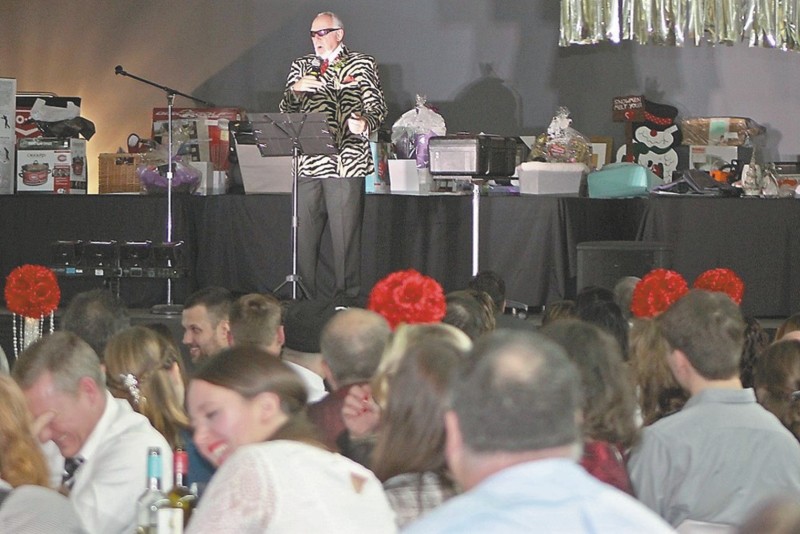