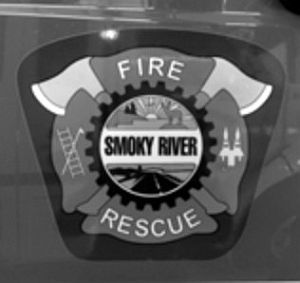 Citing the need to replace old equipment and technology improvements, Smoky River Fire and Rescue is charging more for its services, to help recover the costs.

Council for the M.D. of Smoky River No. 130 approved the fee increases during their meeting on July 13.

As per the Municipal Government Act, “A council may pass bylaws for municipal purposes respecting … services provided by or on behalf of the municipality.” The rates are reviewed annually.

Prior to council’s approval, the fire chief researched the rates for surrounding municipal districts and counties. They average $615 per hour, which is the highway rate.

The fire chief and CAO recommend that people review their insurance coverage for their homes, vehicles and land for fire insurance, to ensure they’re adequately covered.

Otherwise, they could face hundreds of thousands of dollars for the service.

Pull over and stop for emergency vehicles

The fire chief wishes to remind drivers that they are required to pull over and come to a complete stop when emergency vehicles are going by them.

“It’s a violation not to stop, and fines could be imposed,” he adds.

The fire chief is concerned about several recent incidents where drivers have failed to pull over when fire trucks have gone out on calls.