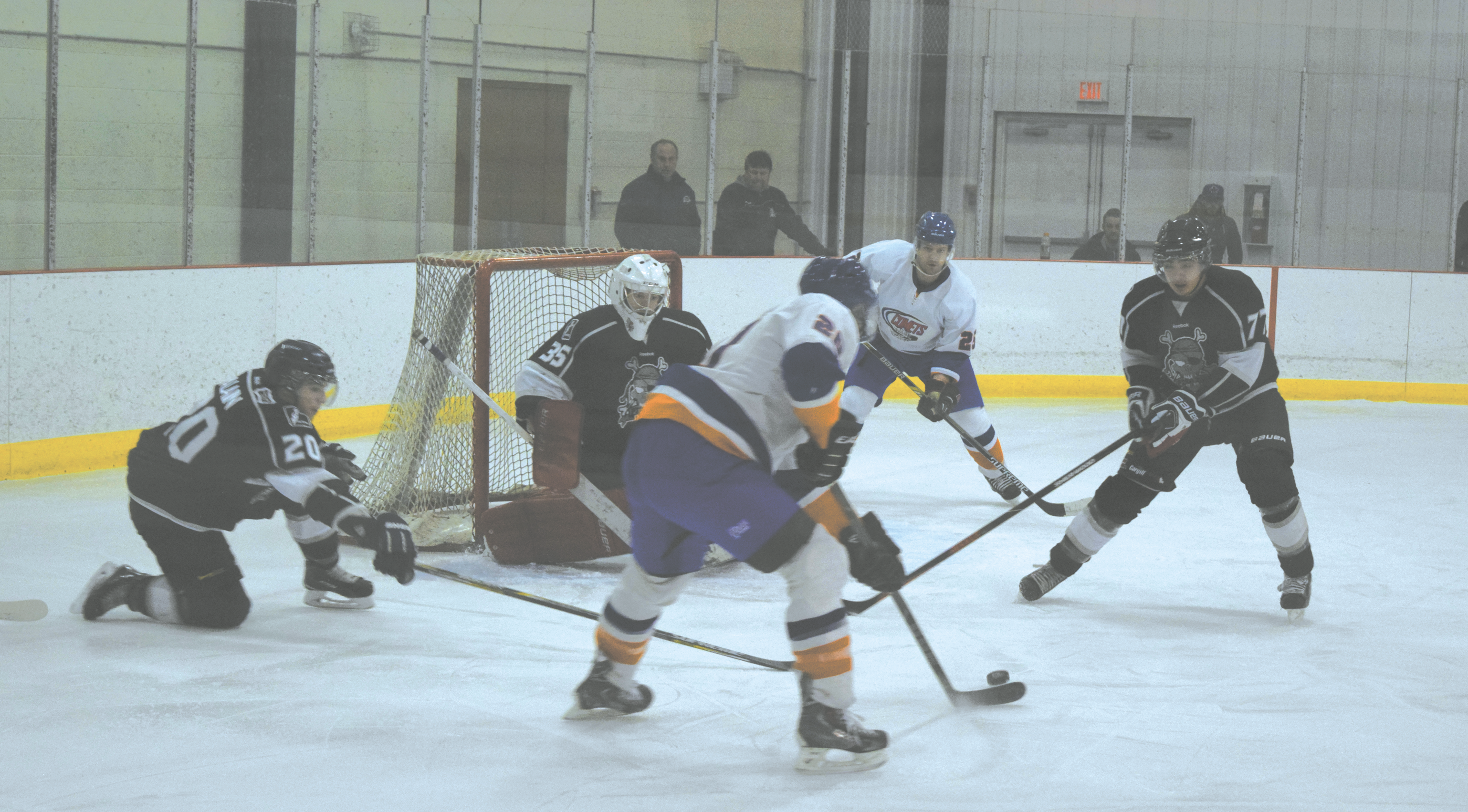 The regular NPHL season is coming to an end and the Falher Pirates are trying to position themselves for a playoff spot.
They made a move in that direction recently, winning at home on Jan. 15 against the Manning Comets by a score of 3-1.
“It’s nice to get a win against these guys,” says coach Shawn Gervais.
“The lines are starting to get some chemistry and they are working together.”
Neither team scored in the first period, although both teams had some very close scoring opportunities.
The Pirates thought they had a goal near the 10-minute mark. However, it was declared invalid because the net came lose during the play.
The Pirates finally got on the board at 7:06 in the second period. Jay Bouchard fired the puck into the attic and Jeff Chalifoux collected the assisted.
Please check the Smoky River Express’ Facebook page for a video clip of the goal.
Nonetheless, the Comets kept up the pressure as play continued. They, too, were denied a goal later in the period, as it was also declared invalid because the net came loose.
As the period came to an end, the Comets had a man advantage. But Dallas Brochu scored a shorthanded goal for the Pirates at 18:13, and goaltender Nick Deslongchamps collected the assist.
The second period ended 2-0 in favour of the Pirates.
Down but not out, the Comets came on strong in the first minute of the third period and nearly scored, but the puck hit the post and deflected.
They kept up the pressure during a power play opportunity and moved the puck around for a shot, but failed to find their mark and the Pirates killed the penalty.
It was goal number three for the Pirates at 12:12, when Pat Rowan put the puck in basement with assistance by Jay Anderson and Craig Anderson.
It appeared goaltender Nick Deslongchamps was heading for a shutout as the game was winding down.
However, Evynne Sop of the Comets cheated Deslongchamps out of the shutout with a goal at 15:56. Josh Rutherford collected the assist.
At 18:05, the Comets called a timeout. When play resumed, they pulled their goalie and put an extra attacker on the ice.
Nonetheless, it wasn’t enough and the Pirates held on to win the game 3-1. Shots on goal for the game were 45-31 in favour of the Pirates.
Pirates versus Huskies
The Pirates travelled to Grimshaw on Jan. 16 and defeated the Huskies by a score of 5-3.
This set the stage for their next home game against the High Prairie Regals on Jan. 19. 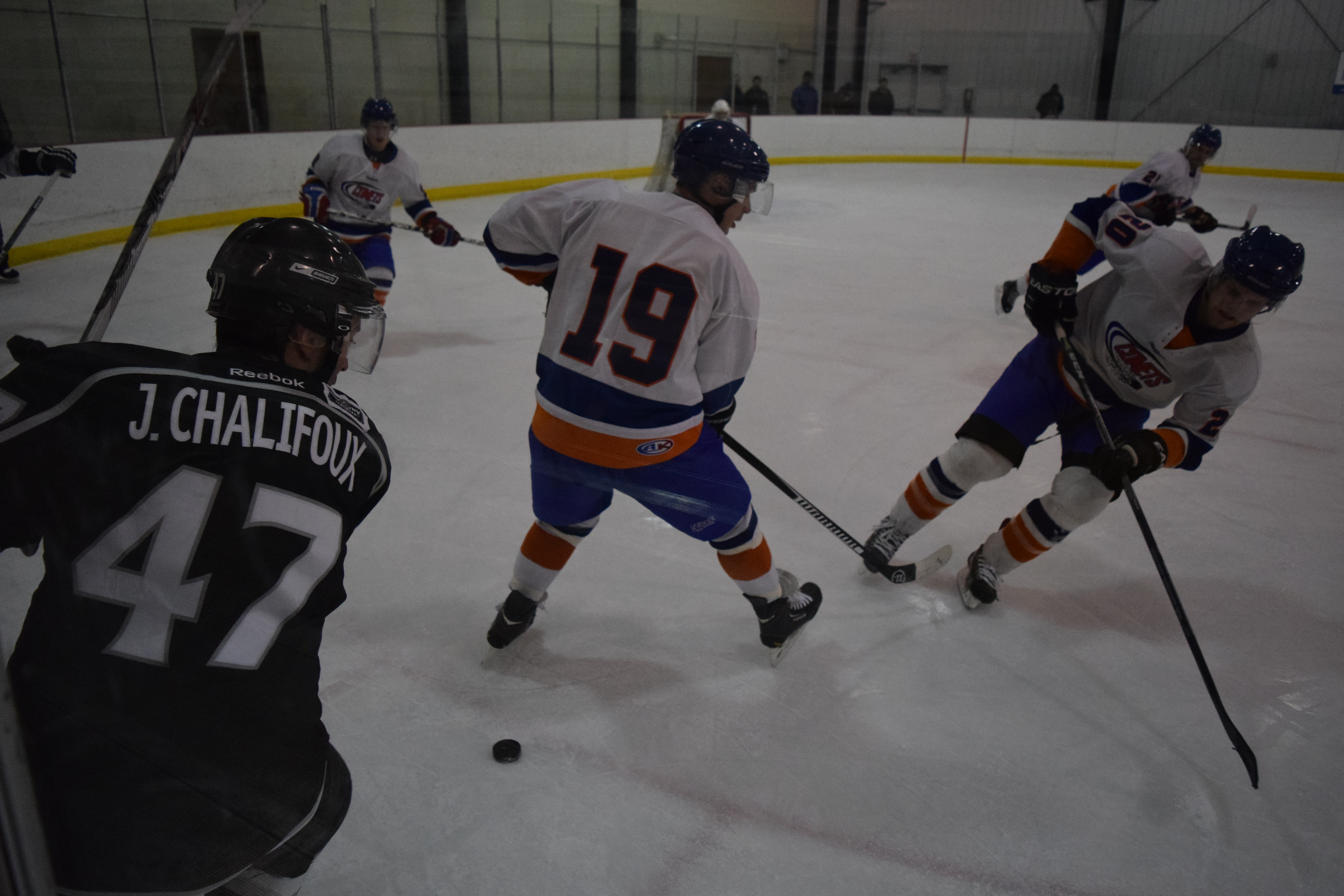 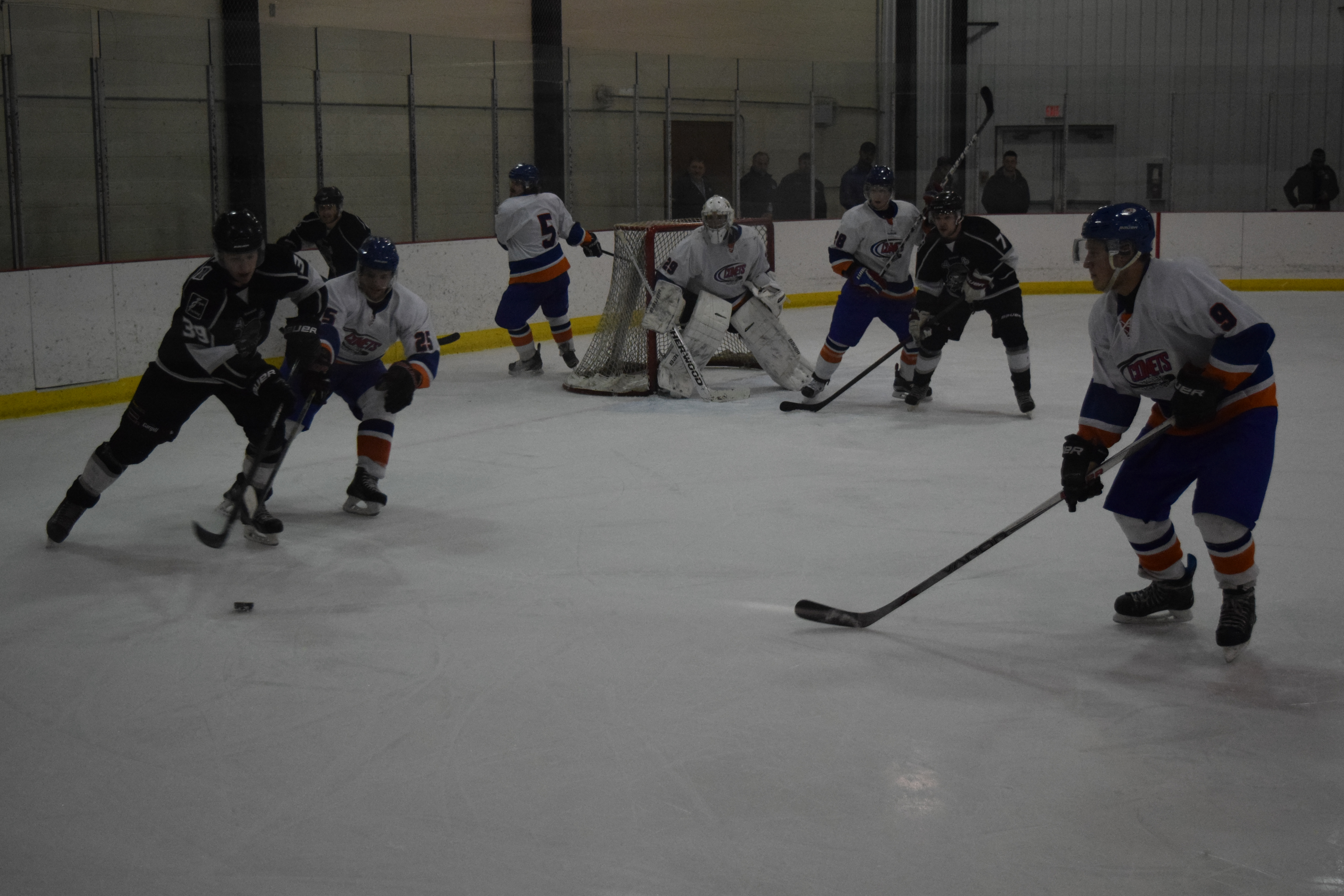 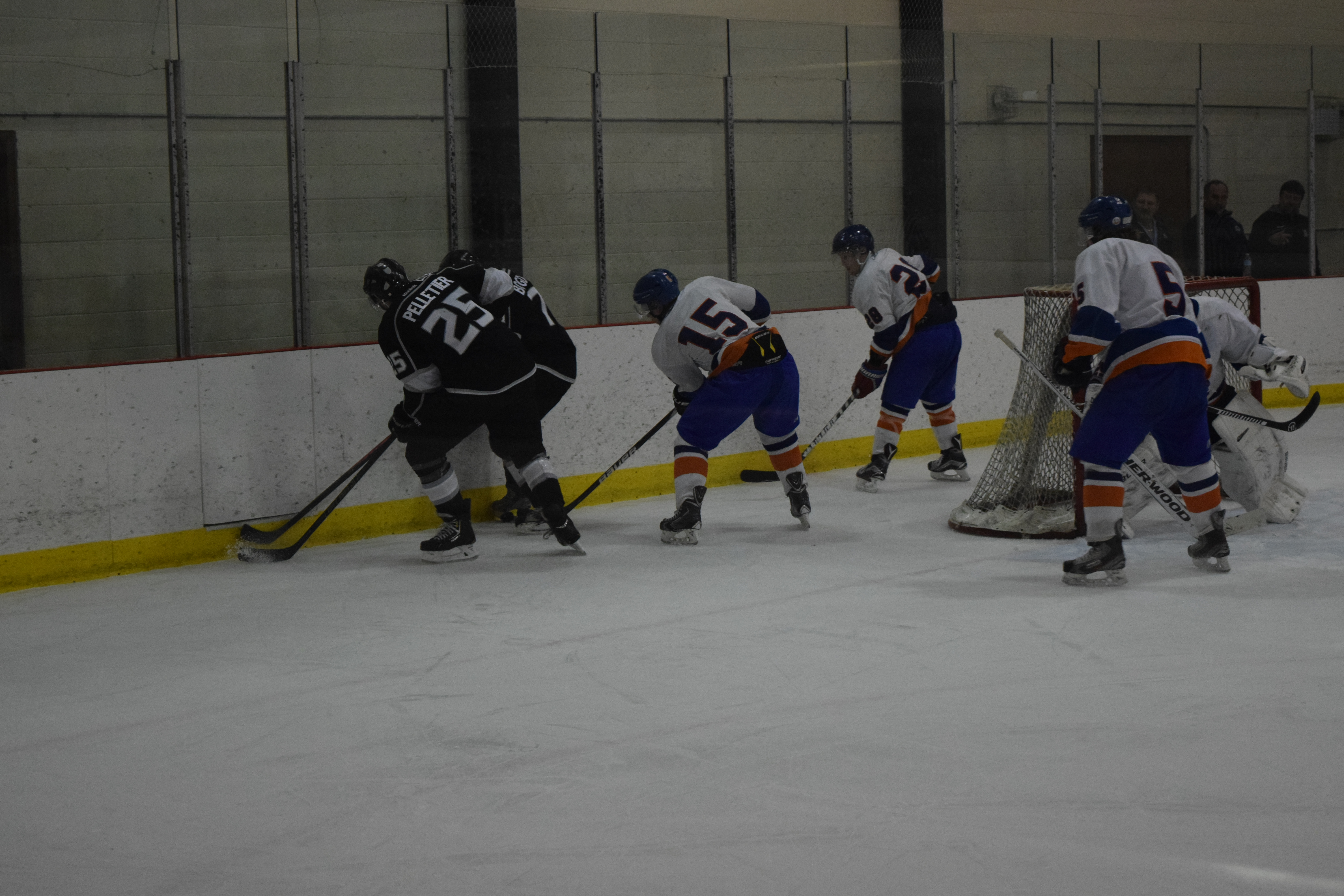 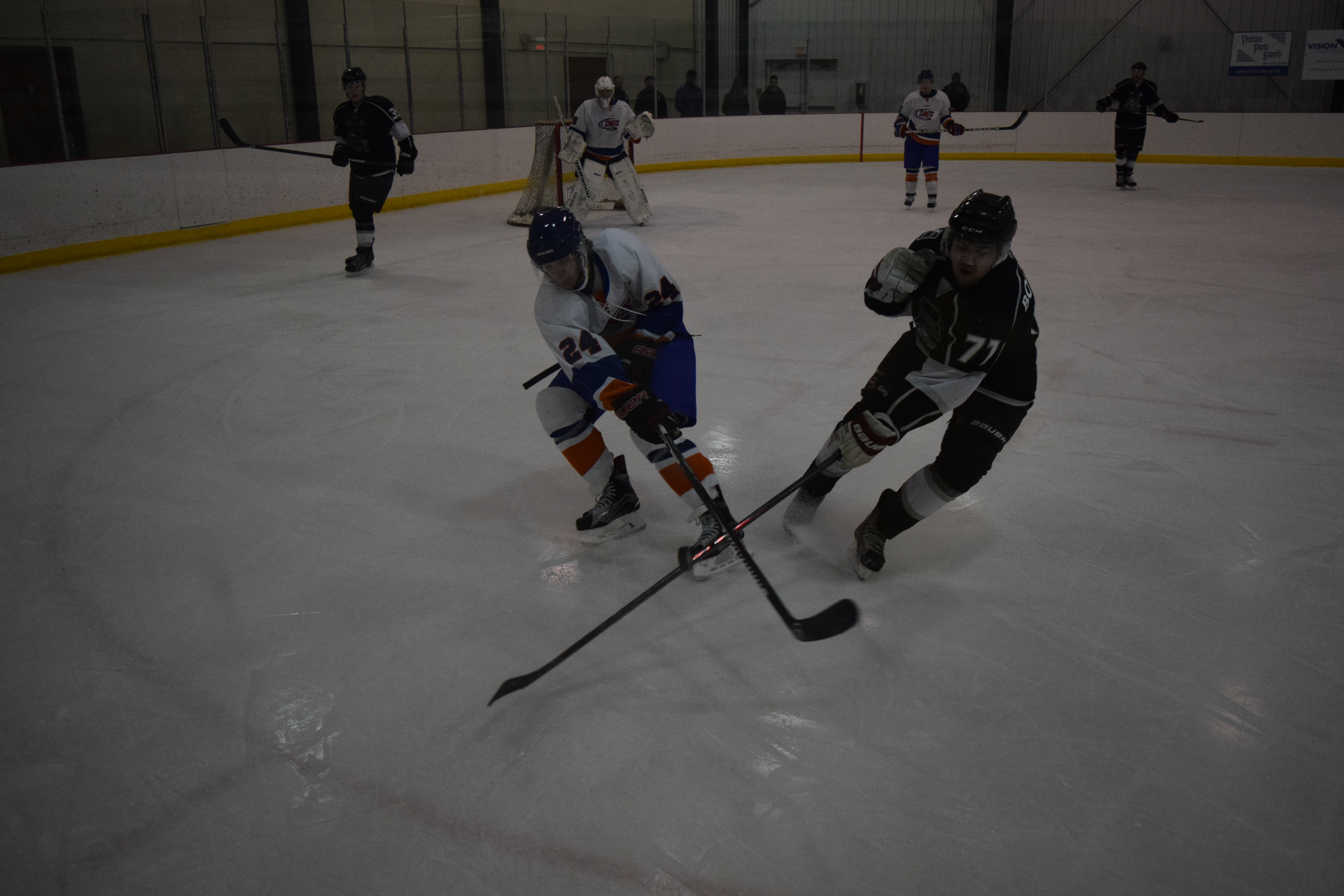 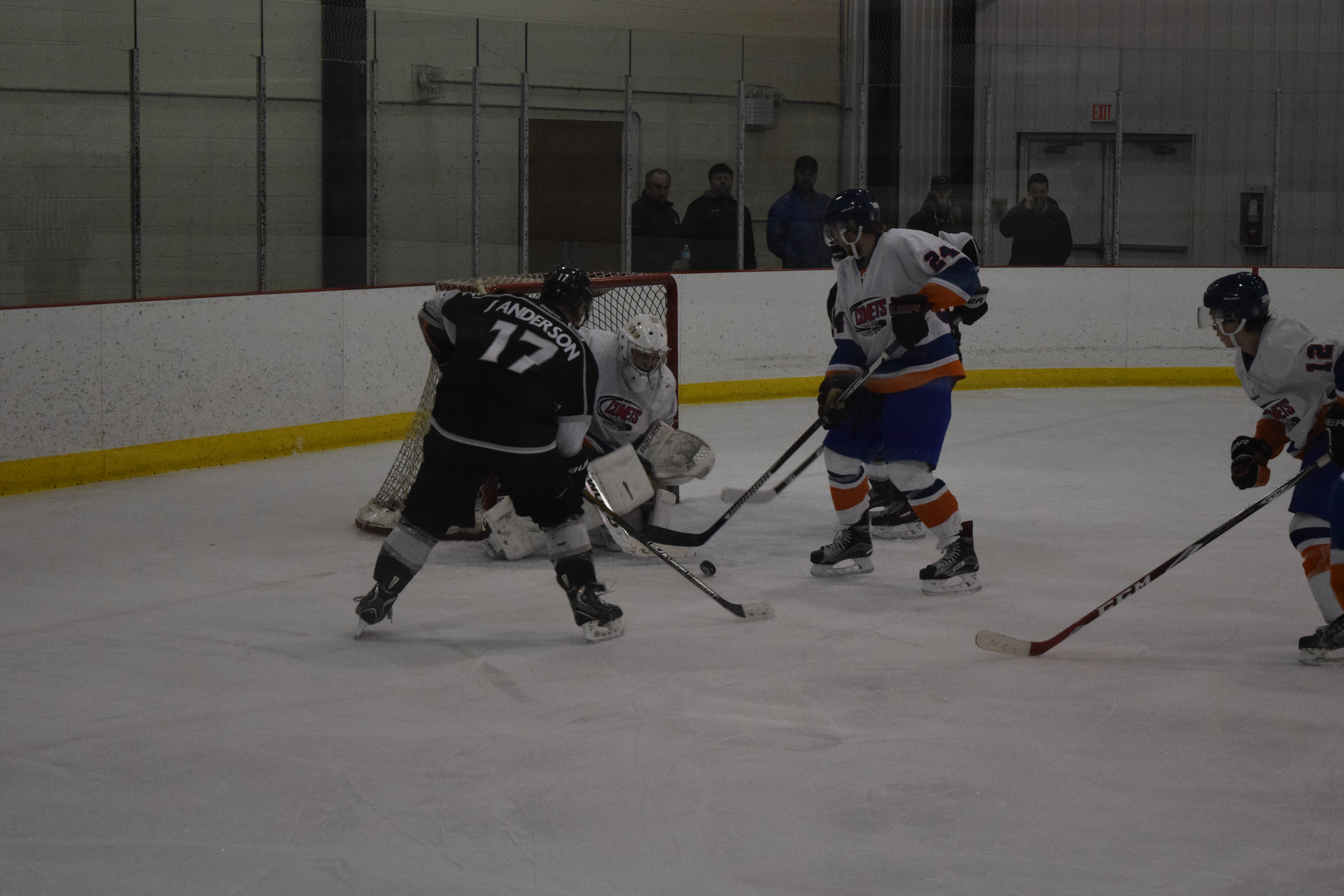 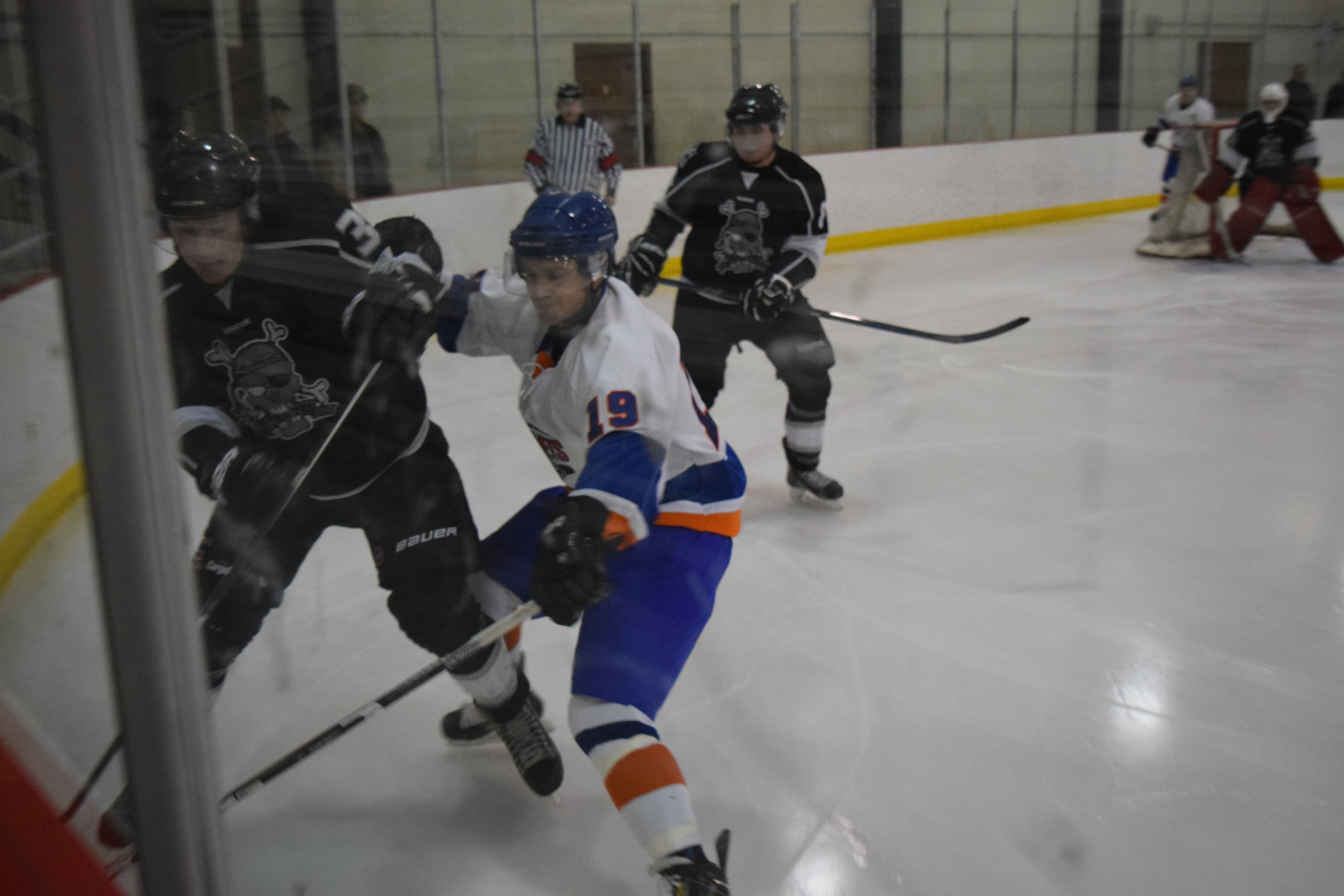 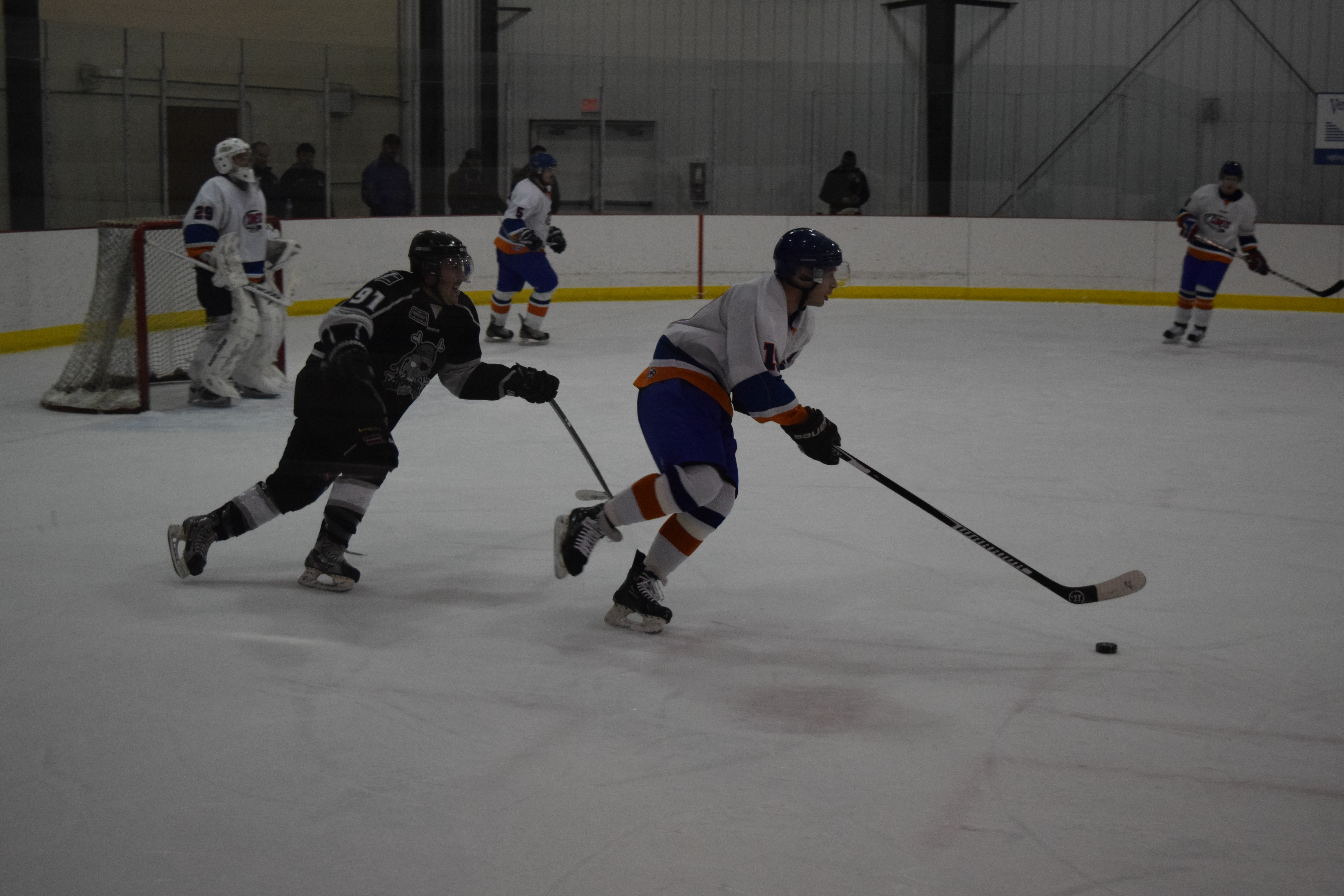 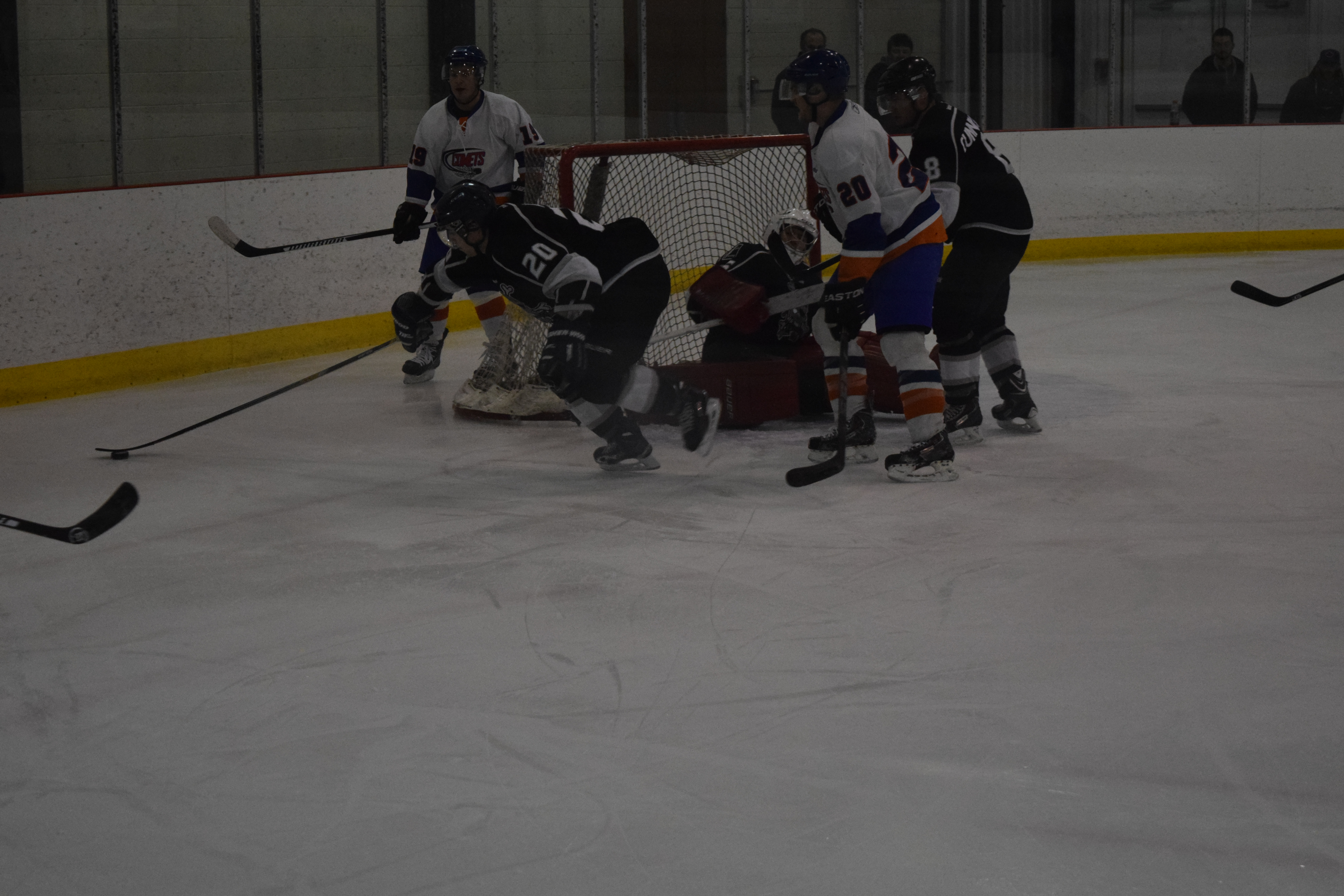 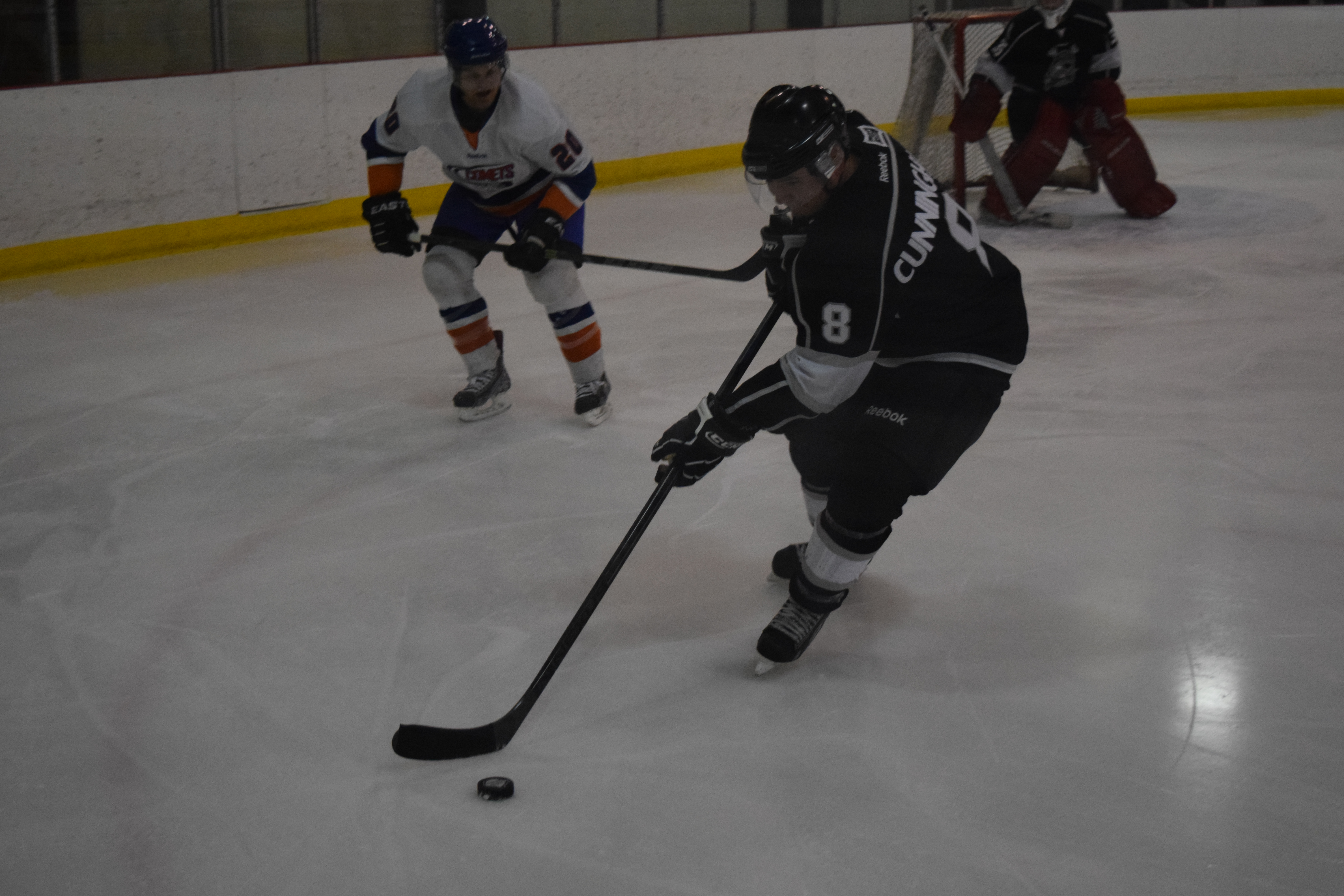 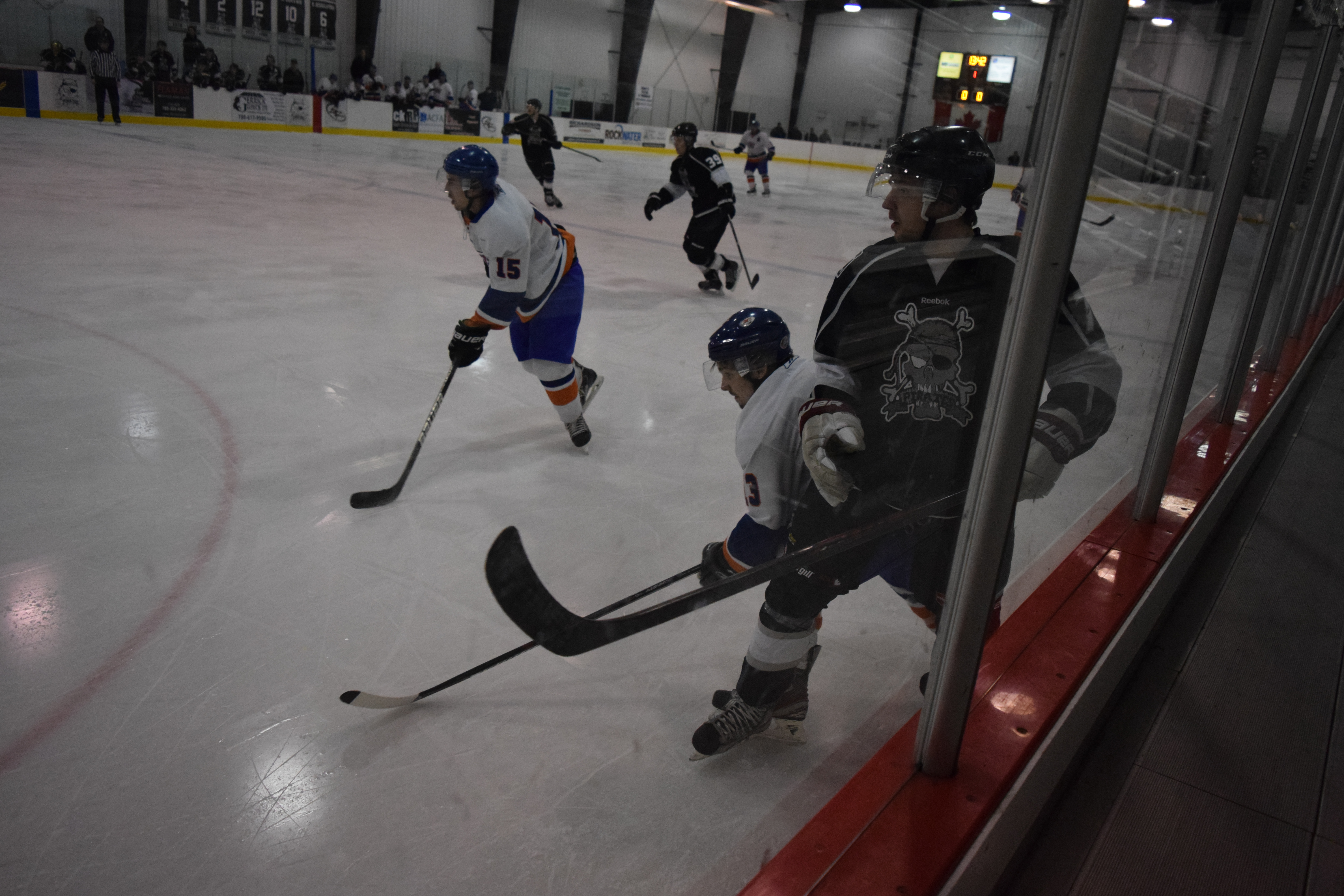 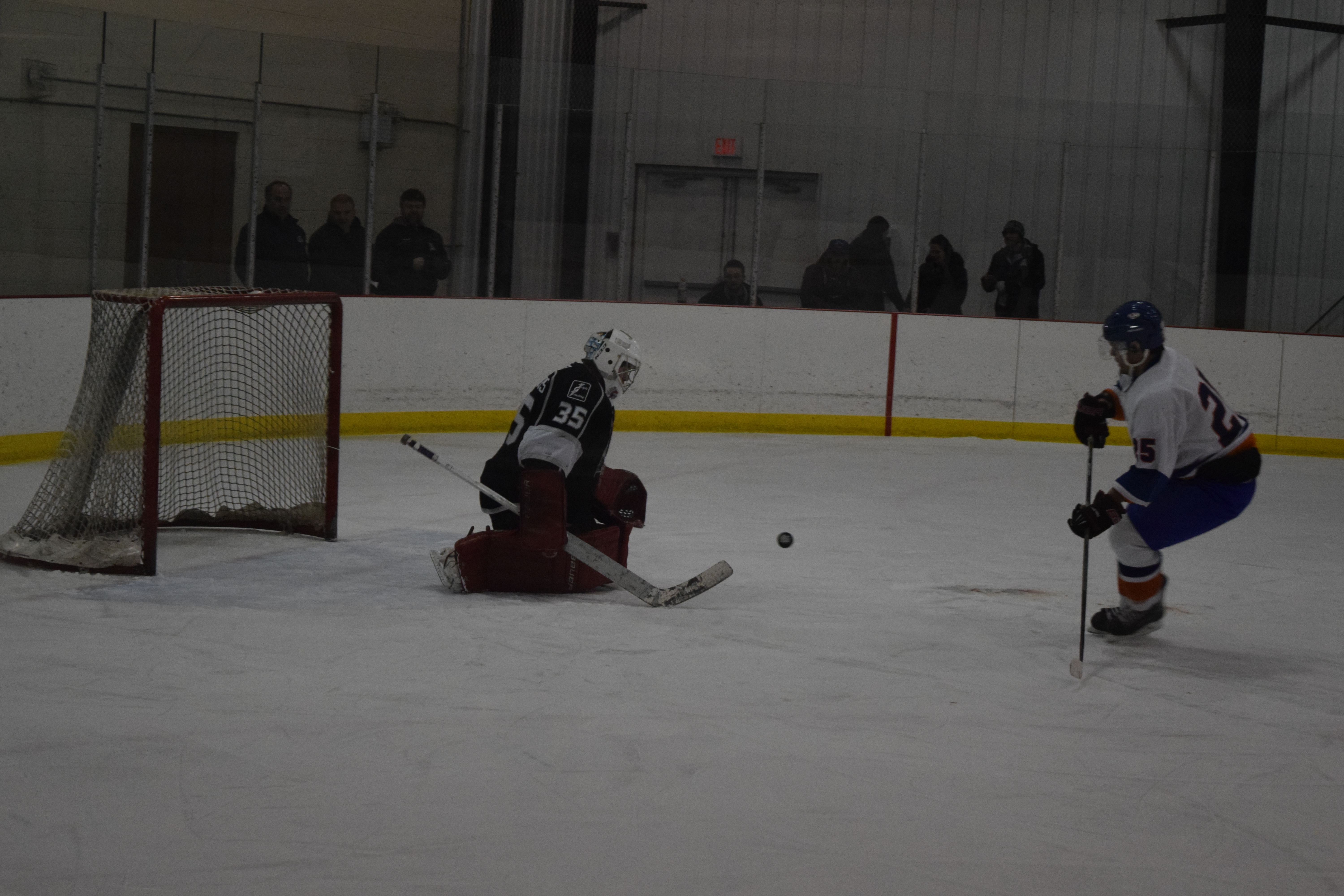