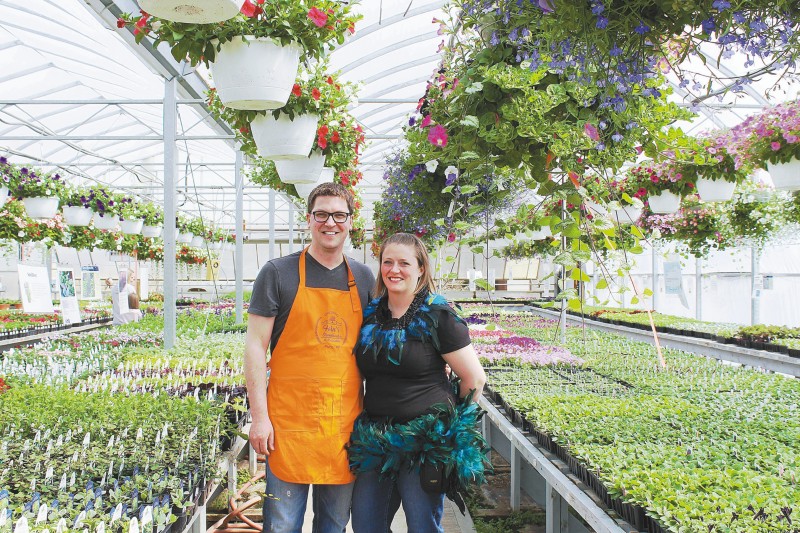 The Smoky River Dance Society’s (SRDS) fourth annual Dance Recital wrapping up the 2016/2017 season was performed to an appreciative and enthusiastic audience in the G.P. Vanier gym on Sunday April 23.

Along with being SRDS’s only fundraiser of the year, the Dance Recital is also an opportunity to showcase the dancers at the end of what has been an exceptionally successful season. At the Peace River Festival March 25 – 26 SRDS senior modern group won gold with distinction.

Peace River was followed by a remarkable turn at the Westlock Festival April 8 and 9, where SRDS won 6 gold, 8 silver, was selected most promising in the musical theatre and hip-hop categories and selected most outstanding in the lyrical category.

Also at the Westlock festival, Holly Russet received the adjudicators’ choice and Daysha Tokerz received the award for most outstanding.

Essentially a May Day event celebrated on April 30 because May 1 fell on a Monday, it was very much a family oriented occasion with crafts, petting zoo and games, with the owners and staff dressed up in full plumage as peacocks, dragons and other exotic creatures.

While it was a family event, there were also many experienced, discerning gardeners browsing the greenhouse aisles looking to get a start on their gardens.

Fern’s Greenhouse is now under new ownership but the 60,000 square foot landmark 14 km north of Girouxville on Highway 744 is still very much a family business.

In January 2017, Allison and Layne Gardner with Ian and Eleanor Gardner bought Fern’s and added a Peace River store to the operation.

Construction to begin soon on 55-plus, “Lifestyle Living,” homes in Falher

On April 27, GP Eagle Construction offered a presentation at the Town of Falher Office regarding a proposed 55-plus housing project on lots next to Villa Beausejour.

“The town has been simplifying thing and is ready for us to do something with new, well serviced lots within walking distance of downtown,” says project manager Norm Doucette.

“We are going to start with one building, that is two homes and if the interest is there we will proceed from there.”

Construction is due to begin within the month on the homes that will be wheelchair accessible but not obviously so, with the accessibility subtly integrated into an otherwise conventional layout with the doorways and hallways being a little wider and the interior of the walls built to support grab bars if at some point they are required.

There are full basements roughed in for a kitchenette and bathroom, which the purchaser can have fully finished if they required.

The Honey Festival’s “Mead and Greet,” a semi-formal evening offering a number of dishes prepared from local produce with each dish complemented and subtly enhanced with local honey.

The event, which took place on Saturday May 13 featured Edmonton based chefs Doreen Prei and Kathryn Joel who offered a number of cooking presentations and pairing of fine wines and mead.

Mead is an ancient alcoholic drink brewed in various regions around the world for thousands of years. It is made by fermenting honey and water and can be flavoured with fruit and spices.

She has worked in her native Germany, Dublin, Ireland and at a number of renowned hotels and restaurants in Edmonton including Hotel McDonald, Zinc Restaurant and the Petroleum Club.

Kathryn Joel established Get Cooking culinary school in her home in 2011. Get Cooking is now located on the MacEwan University Campus and offers classes in preparing international cuisine using local ingredients to create globally inspired cuisine.

“This is Only the Beginning,” was the theme of G. P. Vanier School Valediction 2017, celebrated on May 20.

The excitement at facing new endeavours in life and career was evident in the graduating students and shared by their proud parents and of course their teachers who had guided those students’ personal development and stimulated their intellectual curiosity up to this important juncture.

As they stepped forward to receive their diploma from Principal Bob Owens and have a brief biography read, the young men and women looked poised, self-assured and maybe keen to get through the formalities.

The masters of ceremony were Carolyn Giroux and Monique Dubrule. The guests of honour included members of the Board of Trustees, Lynn Skrepnek and Karin Scholl and High Prairie School Division Deputy Superintendent Margaret Hartman.

Following the procession of faculty, staff and the 46 graduates who took their places on stage, the first group of 12 received their diplomas.