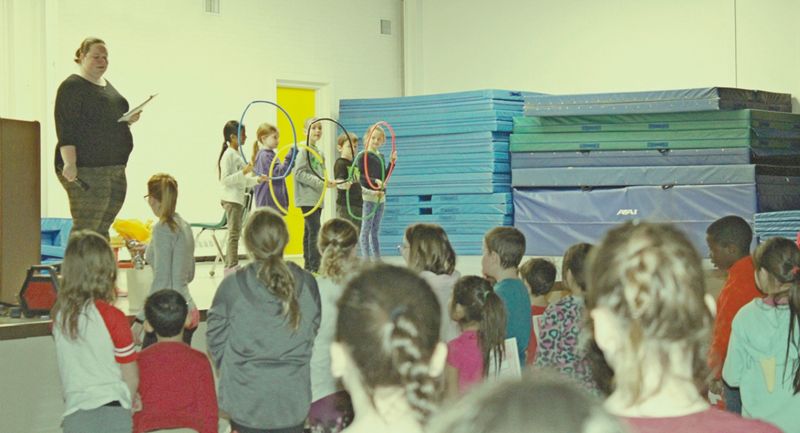 The Olympian dictum “Citius, Altium, Fortius” or in English “Faster, Higher, Stronger” was certainly in evidence at the beginning of Rothier School’s Winter Fun Day, which this year chose an Olympic theme as it coincides with the 2018 Winter Olympics in Seoul Korea.

The event opened in the school gym with the singing of O Canada, followed by five students going on stage each holding one of the five Olympic Rings depicting the five official Olympic colours: blue, yellow, black, green and red held against a white background.

The Olympic symbol of coloured, interlaced rings is the design of Frenchman, Pierre de Frédy who was instrumental in establishing the modern Olympics around 1896 and the ringed symbol made its first appearance at the 1920 games in Antwerp Belgium.

Pierre de Frédy described his Olympic logo as representing “the five inhabited continents of the world, united by Olympism, while the six colors are those that appear on all the national flags of the world at the present time.”

The Routhier students, divided into various groups representing different countries, spent the day playing indoor Olympic sports such as speed skating and curling in the hallway, hockey tournaments, along with beanbag throwing and target practice.

Grade 6 teacher Lindsay Brown coordinated the assembly and quizzed a very enthusiast group of kids on the different sports that constitute the Winter Olympics.

“We do winter fun day annually but this year we decided on the Olympic theme,” says Brown. “This morning they watched a short video of highlights from the past 50 years of Winter Olympics, and then they all made their flags, so they are really excited.” 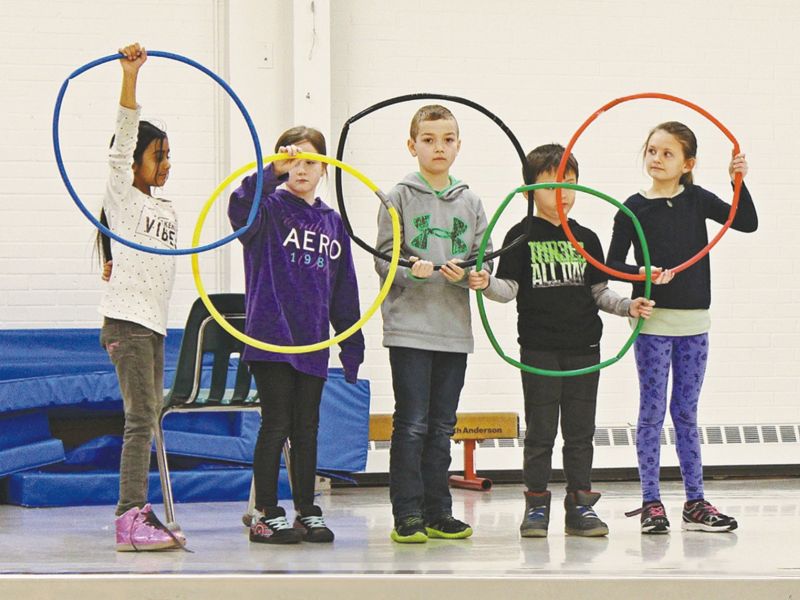 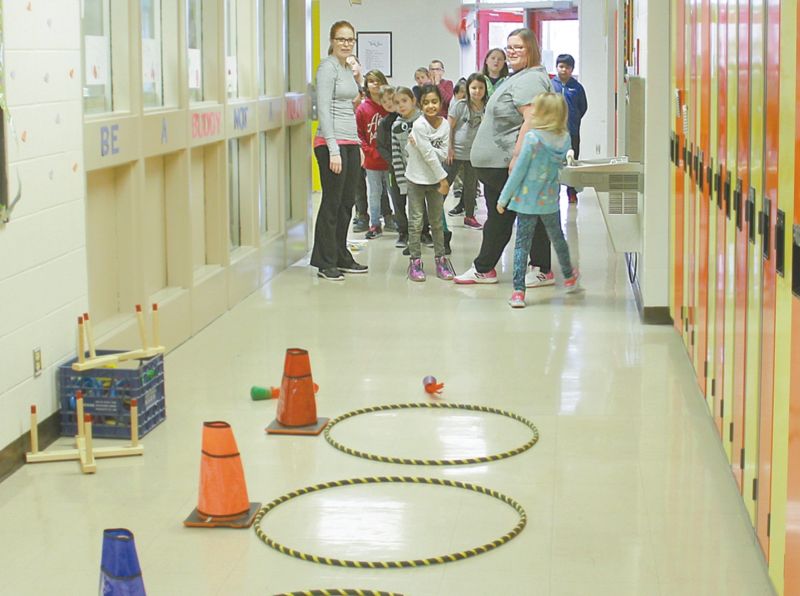