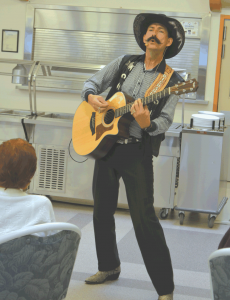 Richard Popovich had them laughing as he sang. 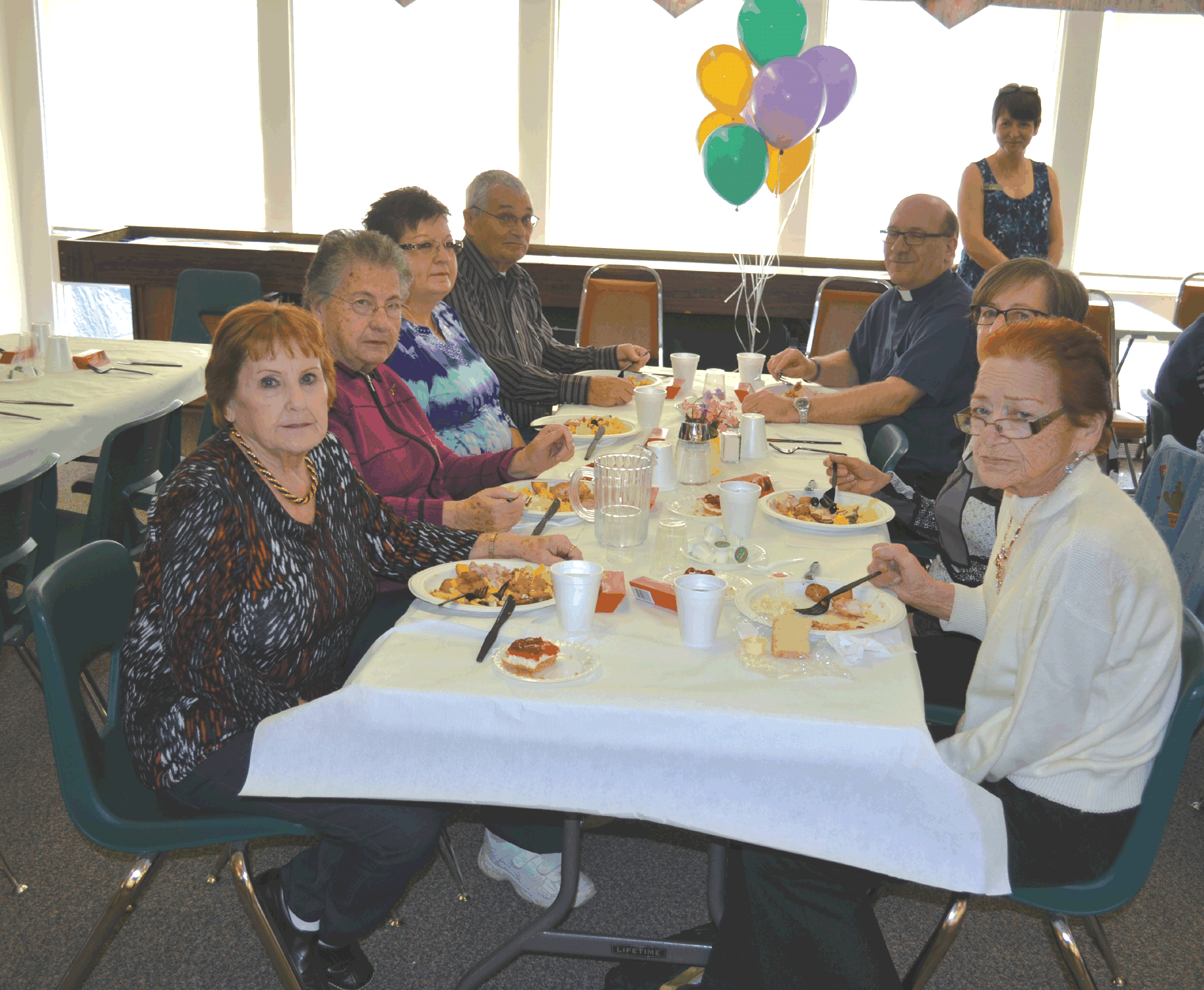 Pictured above are some of the volunteers who were the guests of honour for lunch at the Villa Beausejour in Falher on April 5.

The Villa Beausejour in Falher took time out on April 5 to recognize its volunteers.
The Villa held a lunch in their honour, which was organized by Lise Roby, the activity coordinator.
Following lunch, Richard Popovich entertained with his guitar. He sang songs and had his audience laughing at his jokes with a local or regional flavour.
A video clip of Popovich’s performance is found on the Smoky River Express’ Facebook page.
According to www.richardanddeborah.com/, entertainers Richard and Deborah Popovich offer unique, audience interactive shows featuring music and clean comedy for all occasions throughout Western Canada. They are also featured entertainment on the Alberta Prairie Tourist Train at Stettler, Alberta.