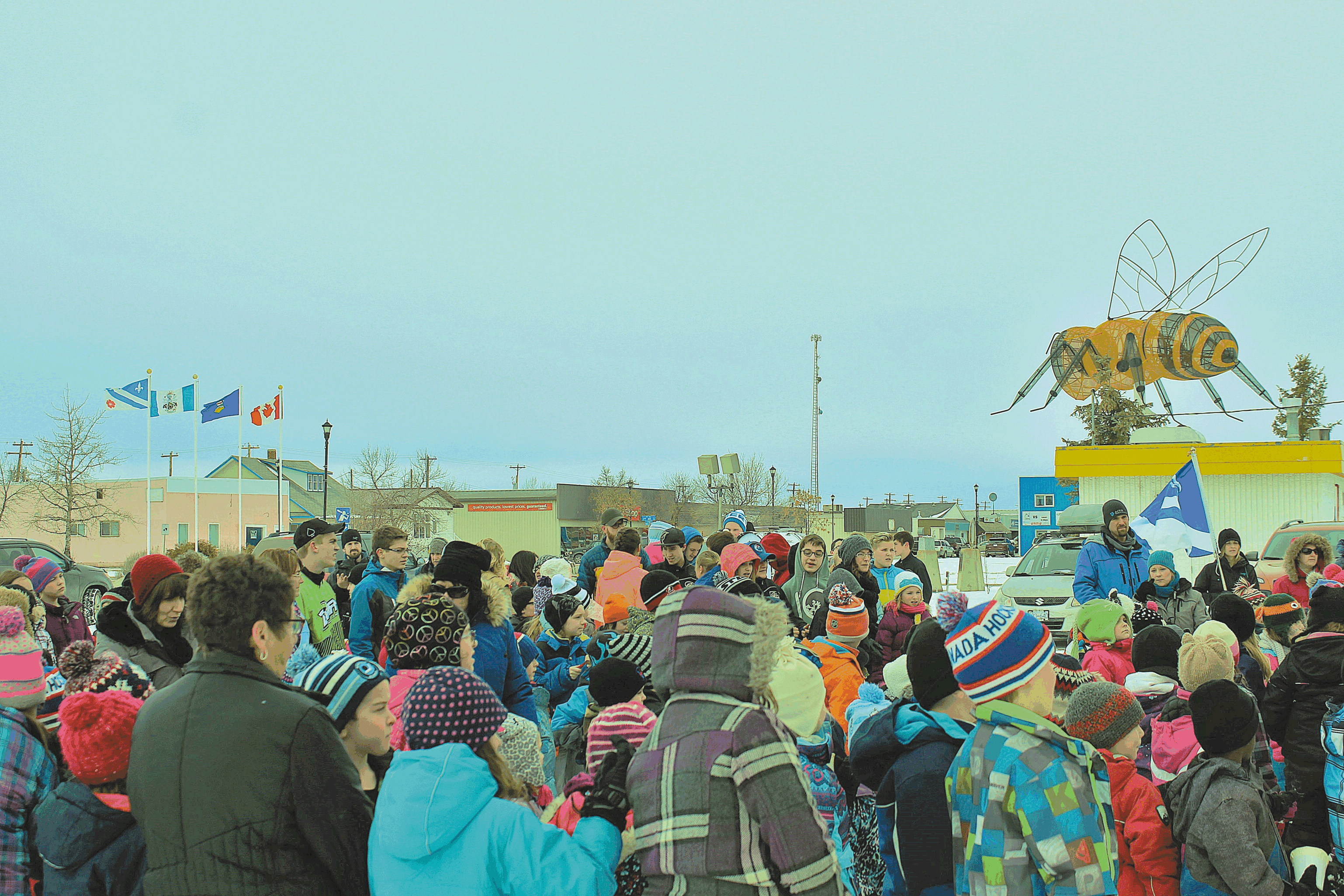 The eight Franco-Albertan flag-raising ceremony took place at Centre Chevaliers in Falher on Friday, March 6. The event coincides with the beginning of Les Rendez-Vous de la Francophonie (RVF) a Francophone celebration that takes place across Canada during the month of March.
With the support of The French Canadian Association of Alberta (ACFA), communities throughout Alberta are encouraged to organize activities and celebrate their local Francophone culture during the RVF.
Approximately 25 regions and numerous French and French immersion schools across the province participate in RVF.
L’école Héritage held an opening ceremony in the school gym just prior to the students and teachers filing down to the Centre Chevalier for the flag raising ceremony, which is held each year on the first Friday in March.
École Héritage has many activities, games and contests scheduled for the RVF through March until spring break.
The flag raising ceremony is an important event that celebrates the Franco-Albertan identity, its enduring sense of community and strong cultural affiliation with this province. The flag is blue, white and red, with a white fleur-de-lys in the upper left corner signifying the Francophone community and a red wild rose in the lower right corner signifying the province of Alberta.
Founded in 1926, the ACFA is the official voice of the Alberta’s French-speaking society and is an organization of increasing cultural significance as the Francophone communities in the province grow.
The ACFA’s mission is to foster the development of Alberta’s Francophone communities.
The Franco-Albertan flag, designed by Jean-Pierre Grenier, was adopted by the ACFA in 1982.