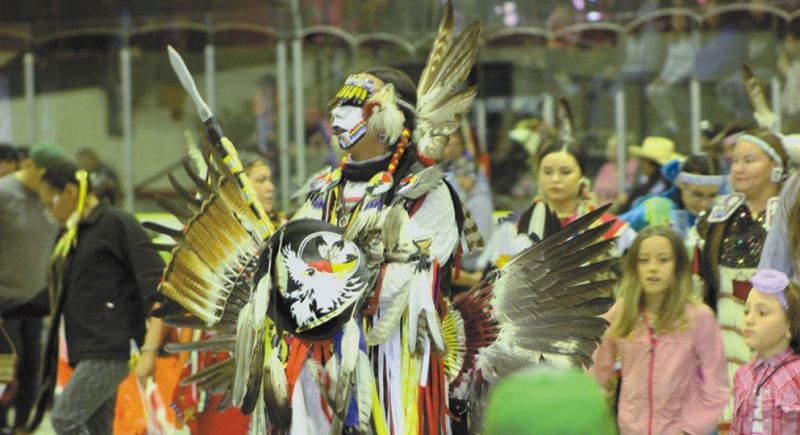 Canada’s National Indigenous Peoples Day is officially celebrated on the June 21, which is the summer solstice, a time when many indigenous peoples in Canada have traditionally celebrated their heritage.

National Indigenous Peoples Day is a day for all Canadians to share with Indigenous communities in celebrating the history, culture and accomplishments of Canada’s First Nations, Métis and Inuit people.

Following a traditional lunch of bannock and stew, the afternoon was dedicated to a native hand game tournament and some students participated in learning native dancing instructed by the video, pow wow Sweat.

The AFN Chief supported the name change saying it was consistent with the language used in the United Nations Declaration on the Rights of Indigenous Peoples.