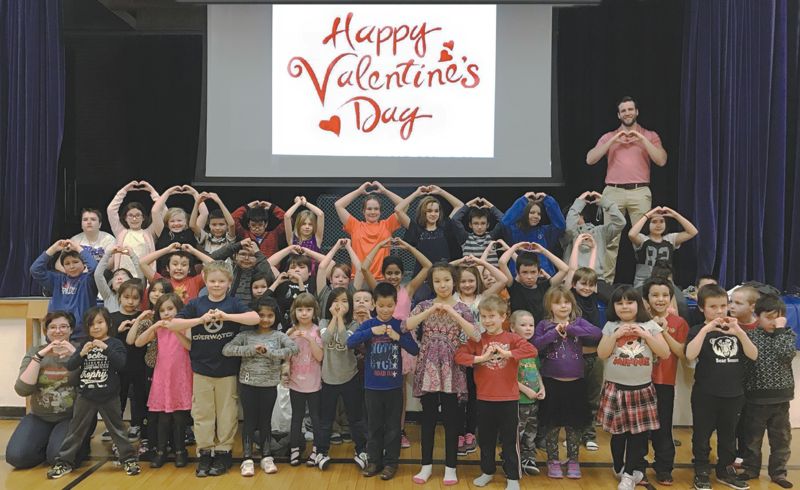 Due to the Valentine’s Day and Ash Wednesday falling on the same day, Archbishop Gerard Pettipas instructed Catholic schools in the Archdiocese of Grouard/ McLennan to have students celebrate Valentine’s on Tuesday February 13 and give February 14 to observing of Ash Wednesday.

Ash Wednesday is the beginning of Lent for Catholics, a period of fasting and self-denial that runs this year to Thursday March 29 with Easter Sunday on April 1.

In accordance with traditional Catholic practice, Ecole Providence students were encouraged to give up something for Lent or to do something extra special to mark the Lenten period.

At 10.30 am on February 14, Father Eucharius came to the school to celebrate Ash Wednesday Mass with the students and staff in the school chapel.

Before beginning the celebration of Mass Fr. Eucharius put a few questions to the kids to test their knowledge about Ash Wednesday and Lent.

During the afternoon, the students broke into their “family groups,” which are small groups where the older students taking charge of the younger kids as each group follow a schedule through different centres. On this occasion, some centres dealt with St. Valentine, 3rd-century Roman saint commemorated on February 14.

Of course, Ecole Providence students didn’t feel in anyway deprived of celebrating Valentine’s Day as they indulged in a full spectrum of activities on the February 13, which involved class parties, lots of sweets and a valentine exchange followed by a school dance in the gym that afternoon. 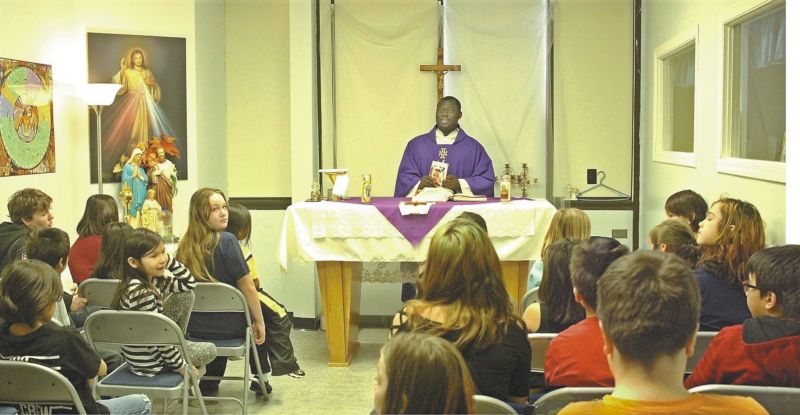 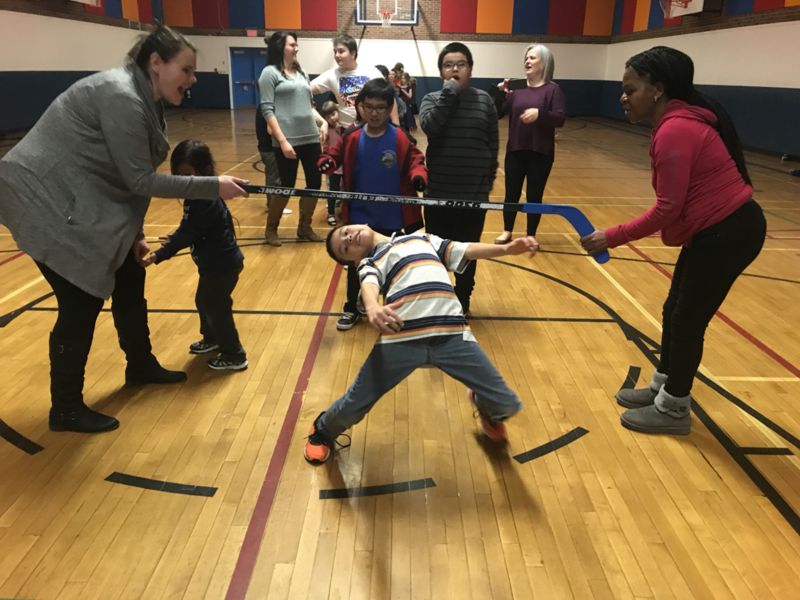