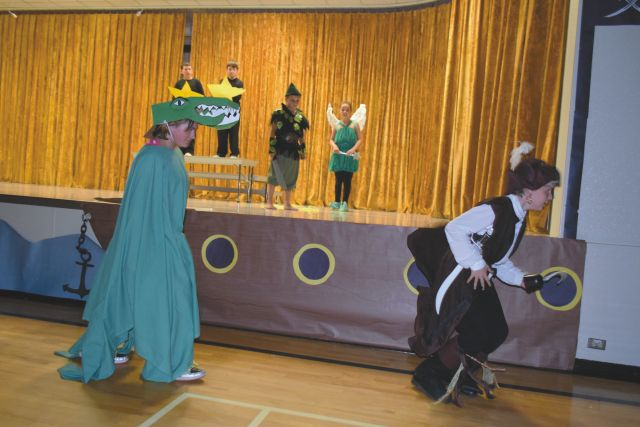 Ecole Routhier held their drama performance of ‘Peter Pan’ on June 21, providing many laughs to families and the public. In the photo above, the crocodile (played by Aaliyah Elliott) chases after Captain Hook (played by Nolan Yaremko) for her dinner at the end of the play. This photo and caption are part of the continued year in review from Jan. 4. This week’s edition covers July through December 2016.