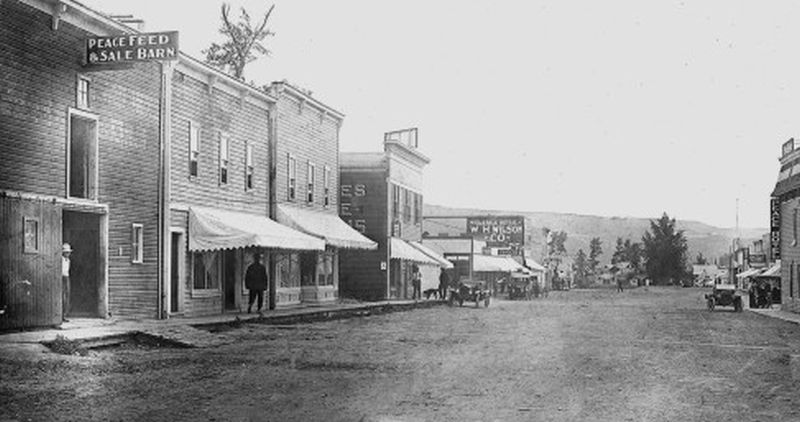 This year, the Town of Peace River celebrates the centennial of its incorporation as a town on December 1, 1919.

However, the history of the Town of Peace River essentially begins over 200 years ago, when in the late 1700s, Hudson’s Bay Company fur traders came to the site where the Smoky River and Heart River converges. Pat’s Creek is also part of that confluence. The creek now flows through a culvert beneath the town and empties into the Peace River.

In 1916, the Central Canada Railway built the Northern Alberta Railway (NAR) station and the station remained a crucial hub for rail passengers until 1956.

With the establishment of the NAR station in Peace River, the railway brought a greater influx of settlers to the region and with them increased industrial and commercial activity, creating the cornerstones of the present day town.

From 1914, the community was known as Peace River Crossing until it was incorporated as the Town of Peace River in 1919.

The Town of Peace River centennial celebration kickoff is a free, family event, marking the colourful history of the town and the region, scheduled for Saturday January 12, at Athabasca Hall from 2pm to 4.30pm.

Among the activities planned for the kick off celebrations is skating in Riverfront Park, a comedy sketch performed by Peace Players taking place from 2.15 to 2.45pm.

An historic information display and a reception with light snacks is also part of the program along with a photo booth that provides period costumes.

A performance by the Peace River Community Choir is also scheduled.

Peace River is planning a number of events and activities throughout 2019 with a grand finale planned for December 1, 2019, when Peace River will celebrate 100 years to the day of its incorporation as a town.