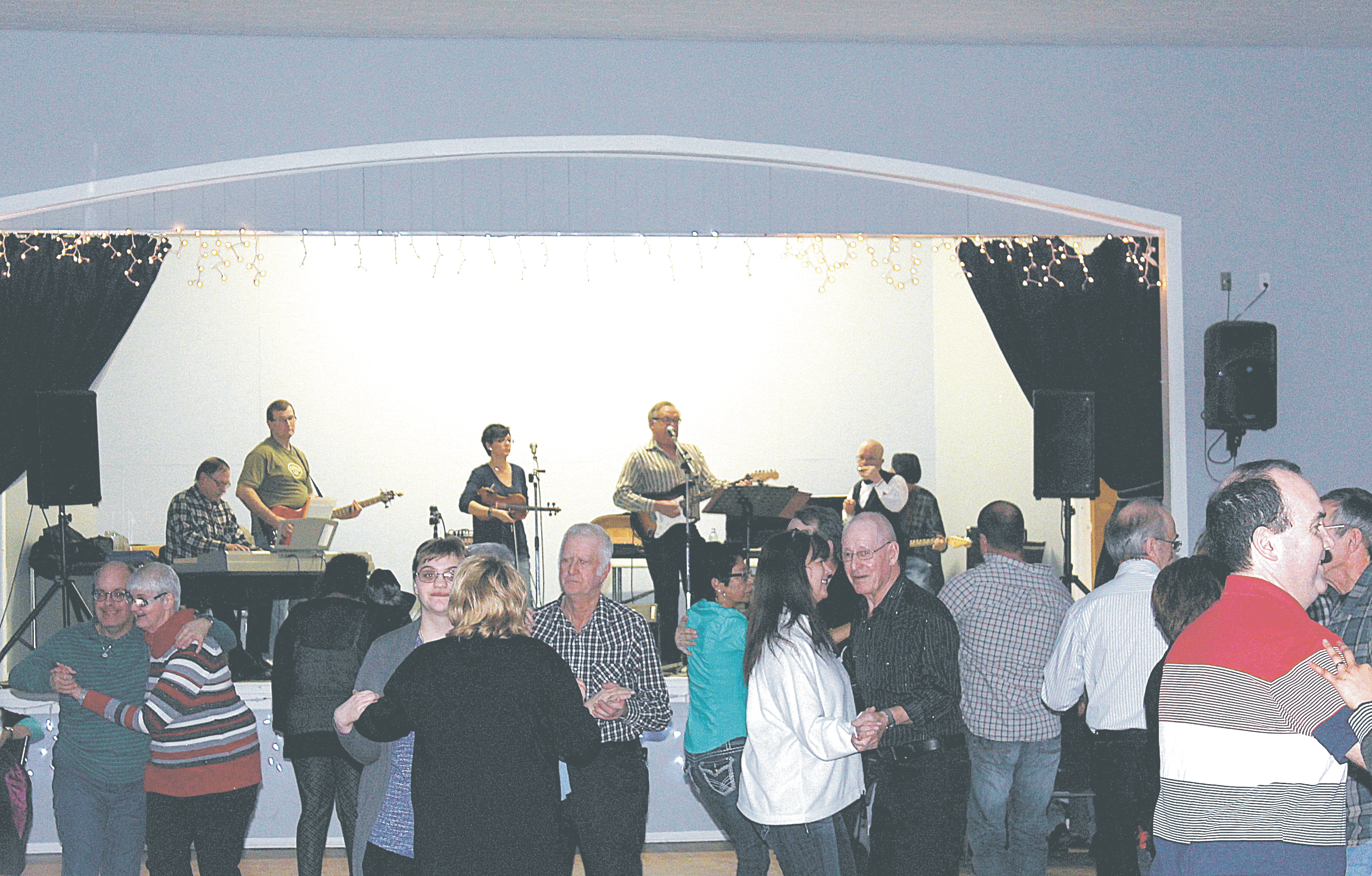 We usually see a decade as a major milestone when considering the passage of time, but on a more intimate level, every year that passes is also a milestone as is any birthday or anniversary.
To put on a twice monthly, community event for nine years is certainly an occasion worthy of celebration, especially when over that time the event has established itself as something of an institution, a customary social gathering and a sure thing in terms of a fun way to spend an evening dancing and enjoying music.
Of course, events such as Ol’ Tyme Family Nite draw their enduring viability from a variety of sources, from the people who organize the event such as Jean Moore-Lemoine, FCSS Community Development Coordinator and those from throughout the region McLennan, Donnelly, Falher and Girouxville who regularly come out to support and enjoy the event.
Inevitably, the Ol’ Tyme Family Nite would not be the institution it has become without the musical repertoire and enthusiasm of the Ol’ Tyme Family Nite Band, comprised of Marie and Gerry Duboise and Dwain Isert. who have volunteered their time and talents to provide a great night’s entertainment twice a month for the past nine years.
At the well-attended ninth anniversary event, as usual, the dance floor was busy from early in the evening and a number of musical guests were on stage to accompany the band.
Considering that the people involved with Ol’ Tyme Family Nite have so much experience at throwing a party, it is safe to assume that the 10th anniversary will be quiet the event.
However, an occasion on the immediate horizon is February 12 when Family and Community Support Services will host Ol’ Tyme Family Nite Sweetheart Dance at the Elks and Royal Purple Community Hall in McLennan, beginning at 7 p.m.
The event will be fun for all ages and stages with door prizes and a late night snack.
For more information, please call the FCSS office at (780) 837-2220.
Ol’ Tyme Family Nite happens the second and last Friday of every month from September until the end of May.