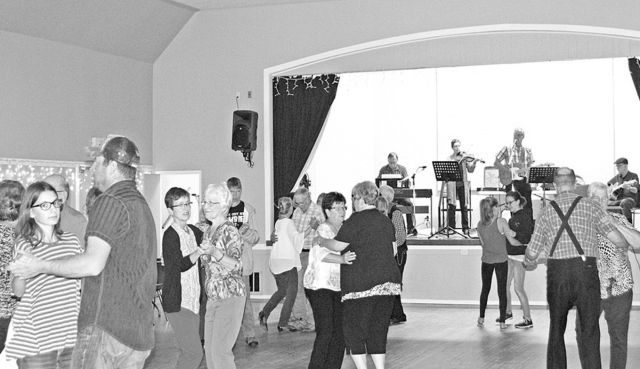 Now into its eleventh year, Ol’ Tyme Family Nite began its 2017-2018 season on Friday September 8 at its regular venue in McLennan’s Elks Hall.

Founding organizer, FCSS Community Development Coordinator Jean Moore-Lemoine, welcomed everyone to the opening night of the season and thanked them for supporting the event.

She also acknowledged the vital contribution of those who volunteer to make the event a continuing success and extended a special thank you to Dwain Isert and the other members of the Ol’ Tyme Family Nite band.

“Our musicians are the main reason we are here ten, almost eleven years later and we really appreciate it,” says Moore-Lemoine.

Ol’ Tyme Family Nite takes place two Fridays a month from September to the end of May, with the second Friday also featuring a potluck supper.

The music and dancing usually get underway around 7pm and on the nights of the potluck supper, things begin a little earlier with patrons usually sitting down to eat around 6.30pm.