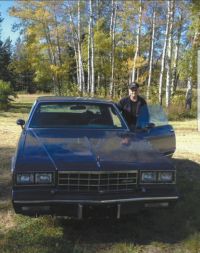 It is with great sadness for the family of Roger Joseph Verreault, long-time resident of Tangent, Alberta, passed away on Thursday, January 25, 2018 at the age of 68 years.

Roger was born on April 7, 1949 in McLennan, Alberta to parents Joseph and Jeannine Verrault.

Roger was a school bus driver for many years. He retired only a short time ago, on June 15, 2013.

A private service will take place at a later date.

If friends so desire, donations may be made to the Canadian Liver Foundation and/or World Vision as expressions of sympathy.