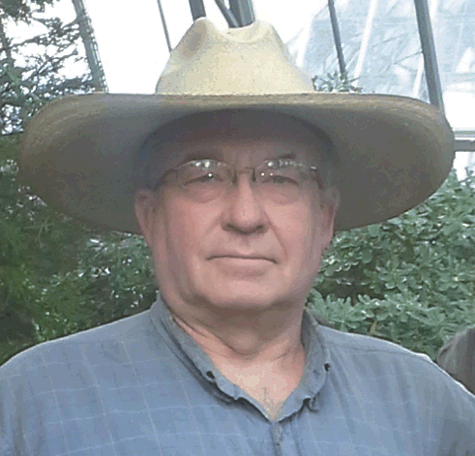 It is with great sadness for the family of James Neil Richmond to announce, he passed away in Beaverlodge, Alberta on April 2, 2016.
Neil was born in Winnipeg, Manitoba on July 1, 1953.
He was a long-time resident of Jean Cote, Alberta and worked as a rancher and a school bus driver.
Neil enjoyed horses, hunting, camping, auctions and spending time with his family.
Neil was a follower of Christ and was most recently attended the Peace River Christian Fellowship Church. There is a verse in the New King James Version, 2 Corinthians, 5:8 that he especially liked:
“We are confident, yes, well pleased rather to be absent from the body and to be present with the Lord.”
Neil is survived by his wife, Terry Richmond; sons, Joseph and Ian; and daughters, Alisha and Nicole; as well as his brothers, Ken (Joan) and Art (Wanda) and extended family and friends. He was predeceased by his parents, Henry and Eleanor Richmond; and his sister, Beverly Richmond.
A celebration of James Neil Richmond’s life was held at the Peace River Christian Fellowship in Peace River, Alberta on April 9, 2016, with Pastor Ken Wiebe officiating.
Interment was held at the Jean Cote Cemetery. Funeral arrangements were under the direction of Chapel of Memories Funeral Homes in Peace River, Alberta.
In lieu of flowers, donations may be made to the 700 Club Canada, The Christian Broadcasting Associates, Box 700, Scarborough, ON M1S 4T4. Alternatively, please contact 700 Club Canada at 1-877-439-6410, or via email at gbrown@700club.ca.