It is with great sadness for the family of Clem, a long-time resident of Falher, Alberta, to announce that he passed away in Edmonton, Alberta on November 12, 2015.
Clem was born on May 16, 1956 in McLennan, Alberta.
Clem was predeceased by his brother, Paul, in 1965; his mother, Jacqueline, in 1998; and his father, Reginald, in 2010.
Clem is survived by his brothers, Richard (Suzanne), Normand (Lise), and Denis; sisters, Louise (Bernie), Helene (Norman); and Marilyne (Arthur); as well as eight nieces, six nephews, eight great nieces and 15 great nephews.
Funeral services for the late Clement Paul Therrien were held on November 20, 2015, at the Ste. Anne Parish in Falher, Alberta.
Deacon Reg Bouchard officiated.
Interment followed at the Ste. Anne Cemetery in Falher, Alberta.
Funeral arrangements were under the direction of Chapel of Memories Funeral Homes in Peace River, Alberta.
If so desired, donations can be made to the Light Up a Memory campaign of the Smoky River Palliative Care Society in McLennan, Alberta. 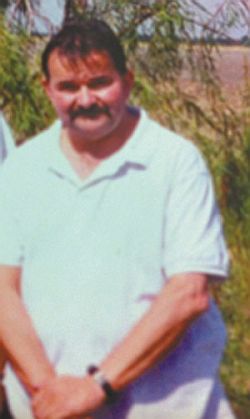