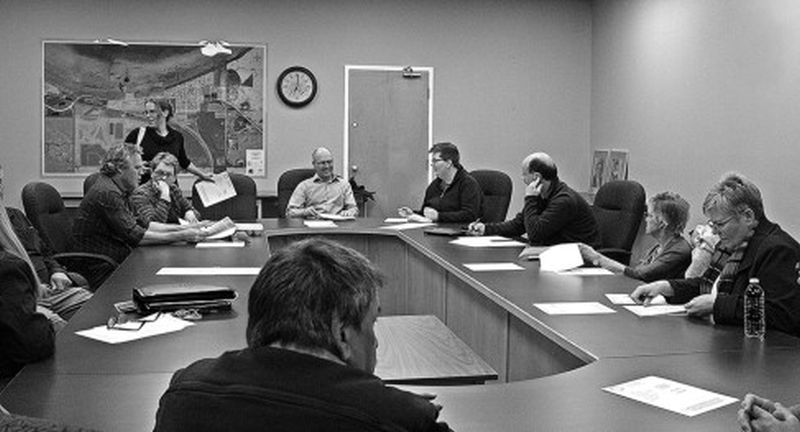 McLennan and District Chamber of Commerce held its AGM on May 2 at which it elected its new board with Joshua Smith taking over as Chamber president from Daniel Labrecque who now holds the position of vice president.

Josh Smith, who moved to the region recently, grew up in Washington State in a town similar in size to McLennan, a town he saw develop over the past thirty years into a thriving, commercial community offering a wide variety of services and he says he is confident that McLennan could see comparable development in the future.

Smith’s first experience of Alberta was when he attended bible college here in 1995.

“I attended College in Three Hills Alberta where I discovered the wide-open beautiful spaces Alberta has to offer,” he says.

After College, Smith returned to Washington, working for two years as a fine woodworker before beginning an electrical apprenticeship, eventually owning and operating his own electrical company for eight years.

Having accepted a position as a camp “site manager” at Alberta Pioneer Ranch, Smith returned to the province in 2013, and in 2017 worked as manager of an RV Park in Rocky Mountain House.

In April of this year, Smith took the position of “manager of plant operations” at Dan the Stickman in McLennan.

“I am looking forward to the coming years here in McLennan,” Smith says, “and hope to see old businesses thrive and new businesses grow.”

The Chamber’s mission for 2018 is to retain and strengthen all of its existing events such as Family Day in February, Dog Sled Demonstration in February/March and the third annual McLennan Trade Fair in September of this year.

It also plans to improve communication between chamber members and implement outreach to aid locals by providing consistent and more qualified information about their community and surrounding activities.

Another priority is to strengthen the business community in McLennan and area through encouraging business owners to liaison at scheduled get-togethers.

“I am looking forward to the coming years here in McLennan,” says smith, “and hope to see old businesses thrive, and new businesses grow.”