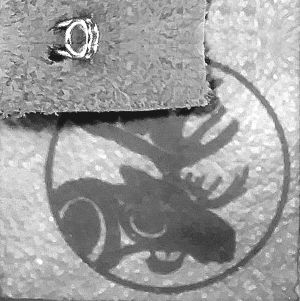 While visiting Ecole Providence School in McLennan recently, I noticed a male teacher wearing a square of animal hide pinned to his shirt.

Out of curiosity, I enquired why he was wearing the piece and what its significance might be.

I was told that the square is moose hide and that it was forwarded to Ecole Providence by Marc Lamoureux, Principal of St. Andrews’ School in High Prairie.

Lamoureux received the emblem from the Moose Hide Campaign, a First Nations’ initiative to combat violence against women and children.

The Moose Hide Campaign began in 2011, when Paul Lacerte and his daughter Raven were out hunting near Highway 16 in British Columbia, also known as the Highway of Tears.

The “Highway of Tears” stretches 720 km between the cities of Prince George and Prince Rupert.

Since the 1970s, numerous women, the majority of whom are First Nations, have been murdered or gone missing along the Highway, which has become a symbol of the Canada wide tragedy of “Missing and Murdered aboriginal women and girls.”

Paul and Raven Lacerte had been talking about the women who had been murdered or gone missing along highway.

While Raven was preparing a moose they had “been blessed with,” on their hunting trip, father and daughter shared a moment of inspiration and decided to tan the moose hide, cut it into little squares and give it to men and boys to wear as an emblem for ending violence against women and children.

Wearing the moose hide square is also a promise for boys and men never to perpetrate violence towards the women and children in their own life.

Since 2011, communities and organizations across Canada have embraced the campaign and in excess of one million squares of moose hide have been distributed.

The 8th annual Moose Hide Campaign Annual Provincial Gathering and Day of Fasting was celebrated in Victoria B.C. on February 13, 2019.