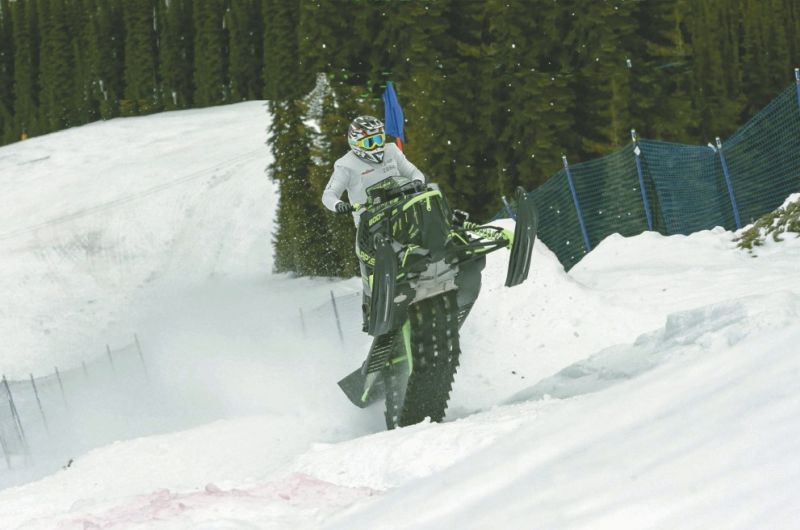 Hosted by the Western Canadian Hillcross Association (WCHA) the 2019 Mighty Peace Hillcross snowmobile races mark the second year the event will take place at Misery Mountain in Peace River, from February 22 to February 24.

Last year’s event attracted over sixty participants with many racers traveling from other regions to compete along with a substantial number of local participants.

The competition is not exclusive to professionals so people of various levels of experience can compete in the amateur class, semipro, pro, women’s class.

There is also an age 12 and under class in the 120cc category.

Machines are categorized as modified, stock and pro in different cc classes allowing racers of all different abilities and different kinds of machines to enter different classes.

To learn about the various classes regarding both the riders and machines and to learn the rules of competition, visit the WCHC website at – http://www.wchahillclimb.ca/

Registration opened on January 11 and all participants must register online approximately one week prior to the event.

There will be absolutely no registration at Misery Mountain on the weekend of the competition.

Racers must choose one level in which to compete.

For example, a participant can register for multiple Semi Pro classes but not Semi Pro and Pro Classes.

Spectators who attend the Hillcross competition will see snowmobile racers in up to 33 classes, from juniors under 12, amateurs, semi pro, pro, womens, to advanced pro masters over 55.

There will also be multiple snow bike classes.

Riders compete to win within their division and they also compete to earn the title of king or queen of the hill.

The qualifying races will be held on Saturday February 23.

The race finals will take place on Sunday February 24 with an awards ceremony being held on Sunday night.

“You are really racing the clock, you’ve got a timer and Hillcross is a combination of speed… it has a little bit of speed, a bit of agility and then time,” says WCHA advertising and promotions representative Ben Drodge.

“So you’ve got some jumps, some berms, you’ve got a little bit of a hill… you don’t need a lot. So, we try to bring all those things together to make it challenging but the time is what really makes it because you are racing yourself.”

Western Canada Hillcross Association, founded in 2014, is a not-for-profit organization that puts on Hillcross events in British Columbia and Alberta and continues to establish relationships with new locations and people in the snowmobile racing community.

WCHA directors have extensive experience and involvement in the snowmobiling industry and community, including the British Columbia Snowmobile Federation and the B.C. Provincial Snow Show along with involvement in local clubs.