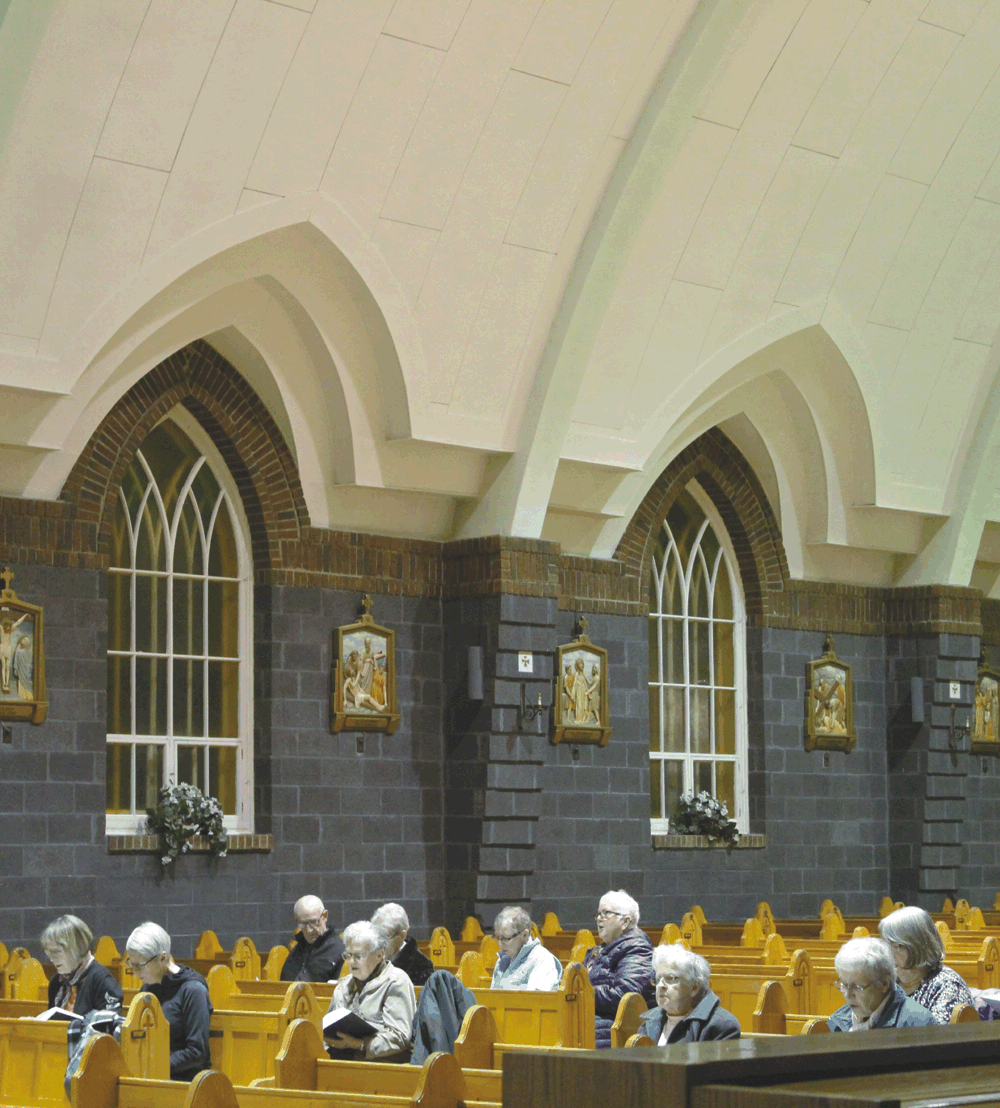 Women participating at the WDP.

Due to the World Day of Prayer (WDP) falling during Lent, the McLennan ceremony held this year at the St. John the Baptist Cathedral was celebrated on Thursday March 3 at 7.30 pm with all churches in the region invited to participate.
The WDP is a ecumenical Christian women’s movement founded in Canada and the US in the early 1920s and now celebrated on the first Friday in March in approximately 170 countries. The objective of the WDP is to bring together women from diverse cultures and traditions in a common day of prayer.
The WDP tries to foster in women an awareness of the lives of other women in different circumstances around the world, to create empathy with one another and to pray in a spirit of solidarity. The WDP promotes the belief that prayer and action together can have incalculable influence on affairs of around the world. The organizations motto is “Informed Prayer and Prayerful Action.”
The WDP International Committee meets every five years to develop themes and to choose five countries of focus for the subsequent five-years.
This year, Cuba is the country of honour, a particularly timely choice considering that 2016 is the year that normalized relations between Cuba and the US have be restored following over a half-century of isolation.
More importantly from a Christian perspective, it was in Cuba that the historic meeting between Pope Francis and the head of the Russian Orthodox Church, Patriarch Kirill, marking the first step in healing a 1,000-year rift between both churches.
The McLennan ceremony had a Cuban motif, opening with a small procession of girls and women bringing to the alter food and other items reprehensive of Cuba.
The members of the procession then read transcribed testimonials of women and girls talking about the day-to-day realities of their life in present day Cuba. The testimonials were interspersed with prayer, a reading from the Old Testament and hymns.
Following a talk on the history and present day status of Cuba and a prayer of Benediction, the ceremony concluded with a reception in the basement of St. John the Baptist Cathedral. 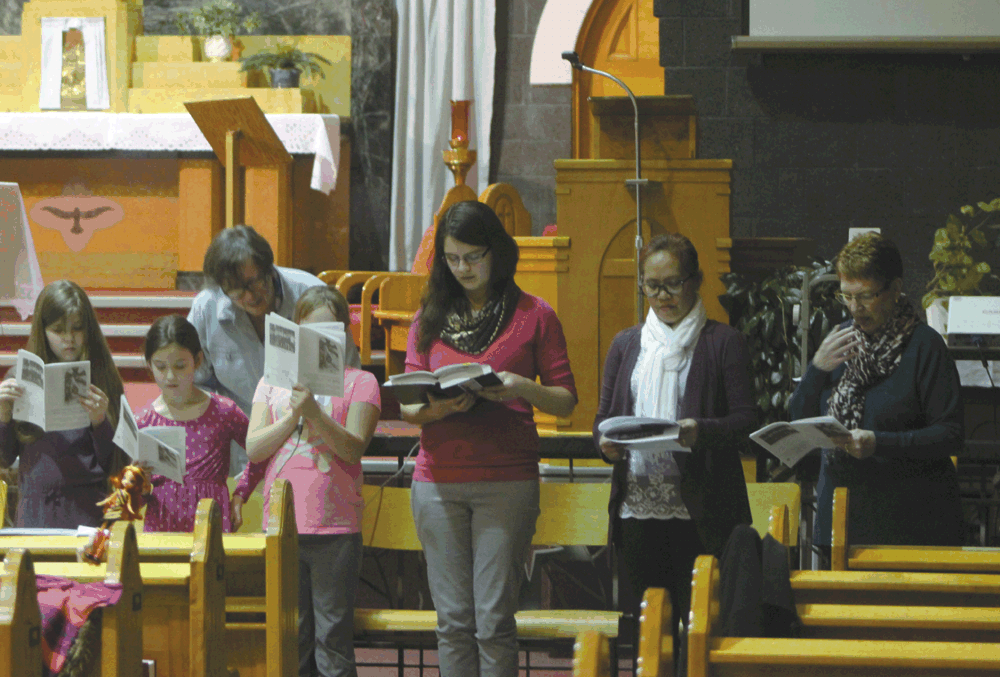 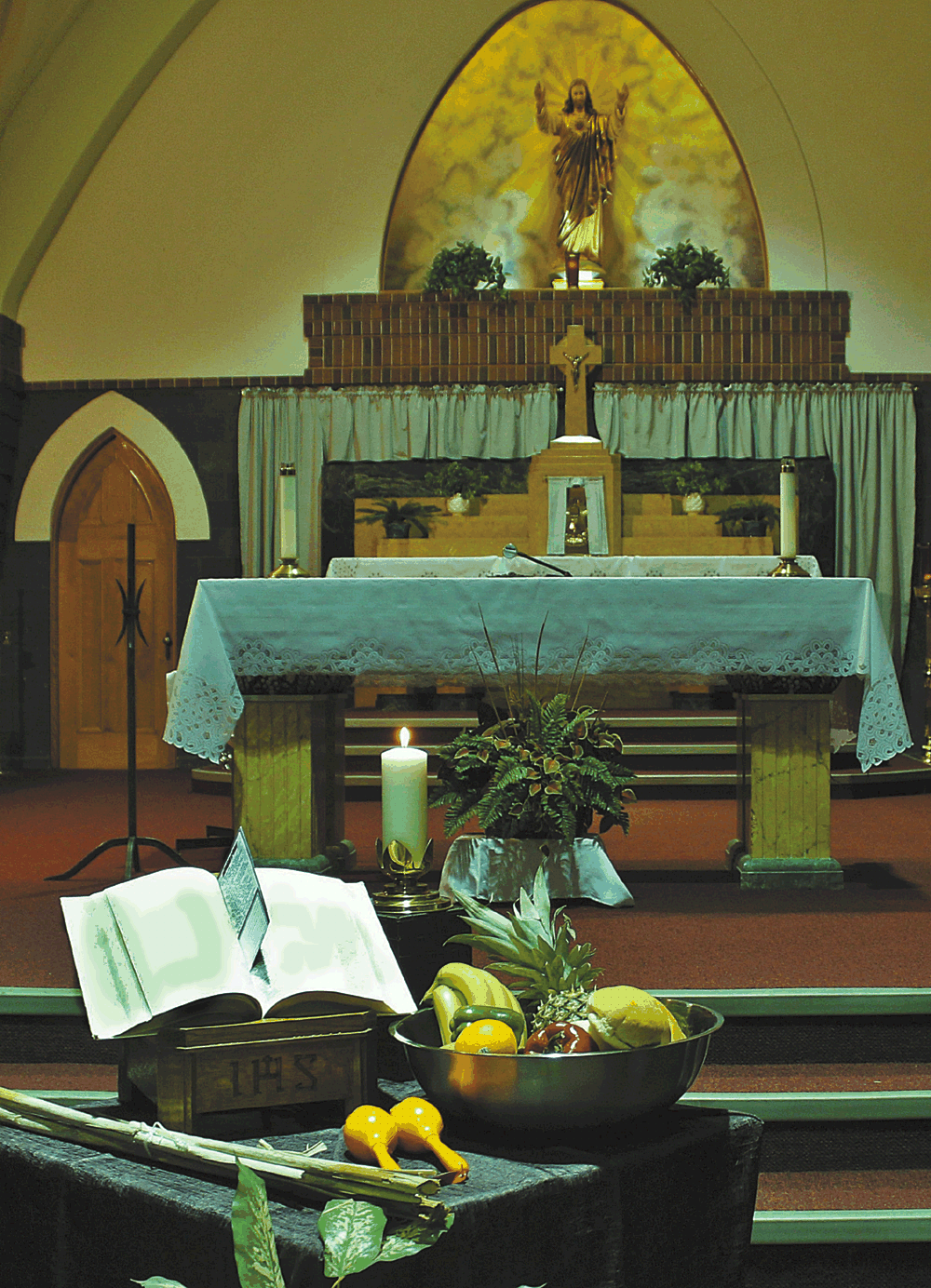 Sugar cane, a bowl of fruit, and other items symbolic of Cuba arranged before the altar at the McLennan WDP ceremony at St. John the Baptist Cathedral.