The McLennan Fitness Centre, located in the west wing of Ecole Providence, opened last fall and since then has been in the process of acquiring new equipment and finessing the facility to meet the needs of a growing membership.

To coincide with the Terry Fox Run on September 18, the Fitness Center will hold an open house event from noon to 3pm, celebrating the official launch of the facility.

McLennan Parks and Recreation Board who is hosting the event, invites everyone who attends the opening to enter their name to win a gift basket of Arboone Essentials, and a one-year Fitness Centre membership valued at $550.

The open house will also have a fitness trainer on hand to demonstrate the safe, appropriate use of the equipment. McLennan Fitness Centre has approximately 40 members at present, many of whom will also be available to offer instruction.

This year, the annual McLennan Terry Fox Run will depart from Ecole Providence, following a fundraising brunch to raise money for Providence School programming. The brunch is by donation and begins at 11.30am.

This year is the 36th anniversary of the Terry Fox Marathon of Hope. Those wishing to enroll in the McLennan Terry Fox Run, which begins at 1 pm, can do so at the Ecole Providence cafeteria on the day of the event.

The McLennan event is open to everyone in the Smoky River Region and participants can run, bike ride, skateboard or chose whatever way they wish to complete the paved 10km route.

Another McLennan Parks and Recreation activity that is taking place is the adult men’s basketball evening that happens at Providence gym on Sunday nights from 7pm to 9pm. Men’s adult basketball is open to those 16 and over. Those wishing to participate can just show up, as no registration is required.

Everyone who takes out a McLennan Fitness Centre membership can also use Providence School gym for sports on a Mondays and Tuesdays from 7pm to 9pm. For more information regarding the fitness centre contact Daniel Blais at 780-536-7168. 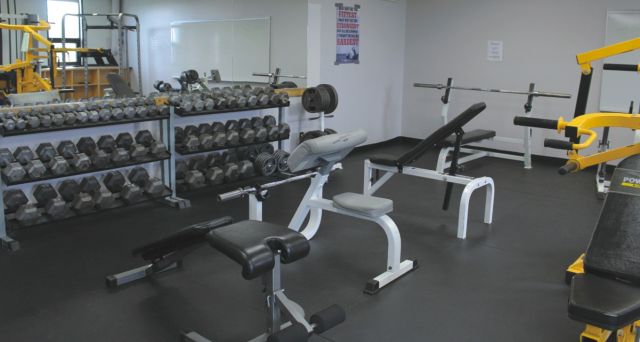