The MD. Of Smoky River is supporting a letter from Brazeau County regarding the federal government’s emissions target for synthetic fertilizer.
At its July 14 meeting, council agreed with Brazeau’s opinion that meeting such a target may affect crop production.
“There is currently a focus on increasing Canadian agricultural exports and increasing production of crops used for biofuels,” wrote Brazeau Agricultural Service Board chairperson Dallas Ekstrom.
“In order to achieve this production increase, a proportionate increase in fertilizer is also required. A reduction of synthetic fertilizer emissions essentially places a cap on overall synthetic fertilizer use. In essence, this will limit the production of crops.”
The M.D. agreed.
Reeve Robert Brochu will sign the letter.

Rail safety is a shared responsibility, so the M.D. of Smoky River will do its part to promote safety.
At its July 14 meeting, council proclaimed Sept. 20-26 as Rail Safety Week.
Stephen Covey, chief of police and chief security officer for CN Rail, wrote council with the request.
“Every year, more than 2,100 Northern Americans are killed or seriously injured because of unsafe behaviour around tracks and trains,” he wrote.
“Most of these incidents and deaths are preventable.”
Rail Safety Week is recognized in Canada, the United States and Mexico. Efforts to promote safety are highlighted during the week.

Council will not be supporting a request from the City of Mississauga which calls upon the federal government to terminate its appeal of the 2019 Human Rights Tribunal Ruling, ordering Ottawa to pay combination to First Nations children and other families.
There was little discussion on the request except for two comments.
“Wow!’ said Reeve Robert Brochu.
And, if council supported the request, Councillor Raoul Johnson noted, “Mississauga will not even notice.”

No sponsorship, but participation

The M.D. of Smoky River will not be sponsoring the 2021 Annual M.D. of Greenview Charity Clay Shoot.
In the past, council has provided a $500 donation but not this year.
M.D. of Greenview communications associate Nicole Banks wrote council with the request. She outlined several sponsorship options for council to consider from Stand Sponsor for $500 to Platinum Sponsor for $3,000 or more.
“Over the last three years, this event has raised approximately $60,000 for charities and non-profit groups within the M.D. Greenview,” wrote Banks.
This year’s proceeds will go toward the five food banks serving Greenview.
“It’s a good cause, food banks,” noted Councillor Raoul Johnson.
Council approved Johnson and director of protective services Marcel Maure to attend. Cost is $80 for registration. 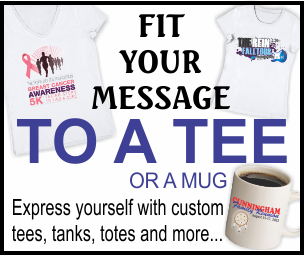