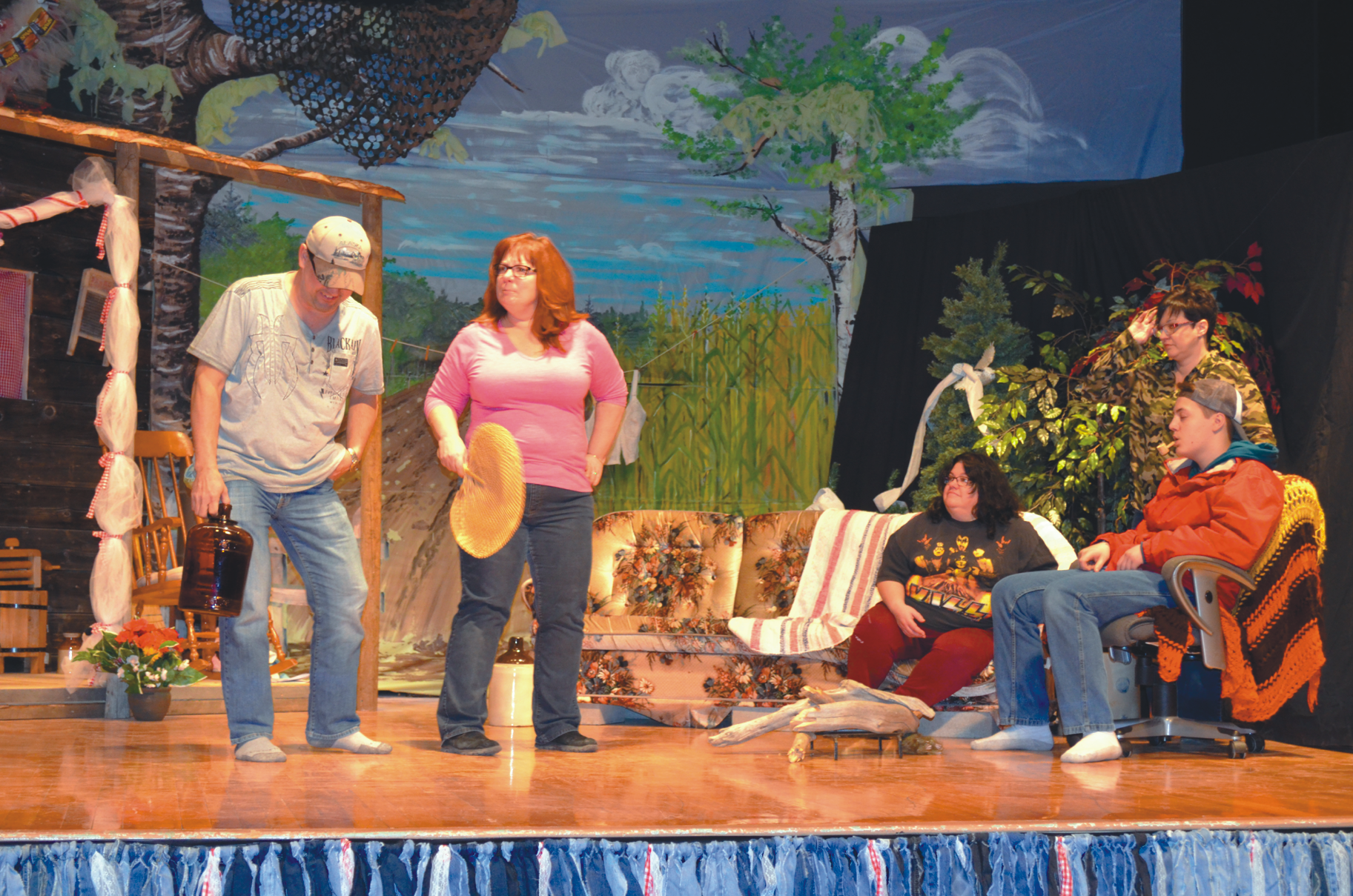 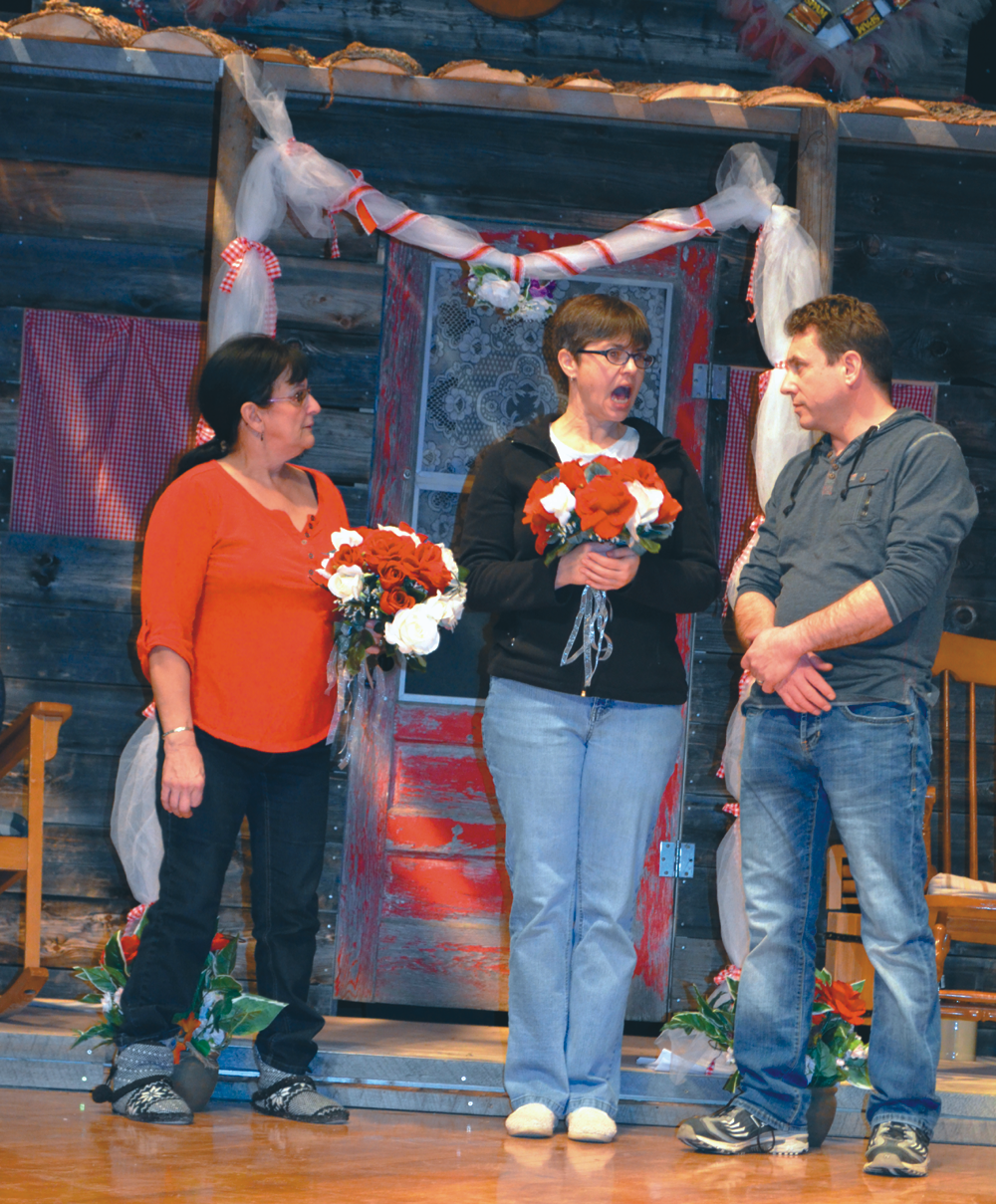 The cast and crew of Local Actors Having Fun is putting the finishing touches to their annual production which, this year, has a hillbilly theme to it.
It’s LAHF Troupe’s tenth annual production and it will be held for three performances at the Jean Cote Community Hall. The first is on Feb. 27, the second is March 5 and the third will be on March 12. Tickets for all three performances are sold out.
Entitled ‘A Stiff on Moonshine Hill’, it will be the dinner mystery theatre that LAHF Troupe is known for, and with a local flavour.
“Our play takes place on Moonshine Hill in Jean Cote,” says cast member Lynn Florence.
“Big Moma is hosting the wedding at her home for her grandson and his bride to be, who is from that clan that Big Momma’s family has been feuding with from many generations back.”
As in years past, there will be a murder mystery and the audience will get to vote for whom they think did it and why.
The script was written last summer and the cast started rehearsing in December.
There are 17 cast members involved. Carol Boucher is the director and the sound will be handled by Hilda Grenier, while Stacy Macguire and Charlotte Kealy are responsible for the curtains.
Up to a dozen people will handle the three-course meal and there will be a coat check at the door.
The hall is being decorated with barnyard wallpaper and the stage is adorned in a backcountry, down home feel, with a log cabin, moonshine jugs and rockers.
The entrance has swingout gates to add to the hillbilly theme. An outhouse sits to the right of the stage.
There will be lots of music, including an hilarious hillybilly hoedown.
So, get your best duds on, including your straw hat and corn cob pipe, and head on down the Jean Cote Community Hall.
And prepare to take a swig of moonshine and laugh like you’ve never laughed before.
Yeehah!
Photo of dress
rehearsal
Watch for a photo of the full cast in their best duds, as part of their dress rehearsal, in the Feb. 27 edition.