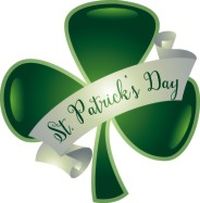 While St. Patrick’s Day is renowned for celebrating Ireland, one need not be Irish to enjoy the festivities on March 17th.

In fact, St. Patrick himself was not Irish, having been born in an area of Great Britain then referred to as Roman Britain because it was still governed by the Roman Empire. St. Patrick’s birthplace is not the only interesting fact surrounding St. Patrick’s Day that might surprise even the most devoted of Patty’s Day revelers.

· While New York and Boston host the largest St. Patrick’s Day parades in the United States, more than 100 parades are held in honor of St. Patrick throughout the country each year. For those who love a good parade but don’t have much time on their hands, the city of Hot Springs, Arkansas, is home to the world’s shortest St. Patrick’s Day parade. The parade takes place on the city’s Bridge Street, which measures just 98 feet in length.

· In spite of its proximity to New York City, the city of Hoboken, New Jersey, began hosting its own St. Patrick’s Day parade in 1986.

· Irish ranks among the top five ancestries in nearly every state in the United States. The lone exceptions are New Mexico and Hawaii. Irish leads the way in Delaware, Massachusetts and New Hampshire.

· Another food associated with St. Patrick’s Day, Irish soda bread gets its unique name from its ingredients. When baking this beloved bread, bakers use baking soda instead of yeast as a leavening agent.