The Grimshaw Huskies gave the Falher Pirates a hard battle on January 26, coming from behind to win the game by a score of 5-4.

The game can also be noted for the fights and penalties that resulted, and the Huskies goalie, Bud Dyck, was hurt late in the third period.

However, he was able to continue playing right to the end of the game, and the Huskies came from behind to win 5-4.

Here are several photos and a video of the action. Look for a story about this game in the February 6 edition of the Smoky River Express. 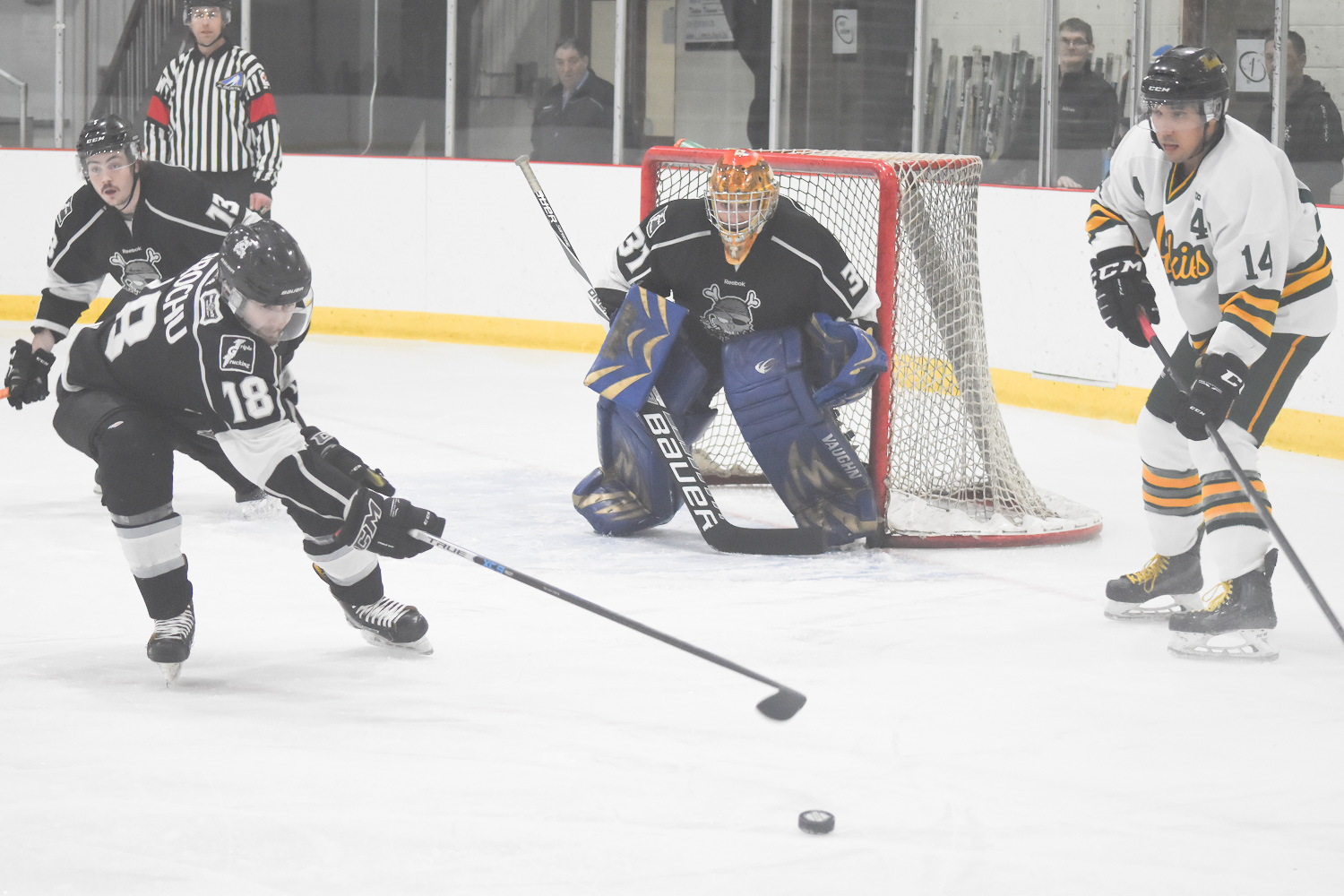 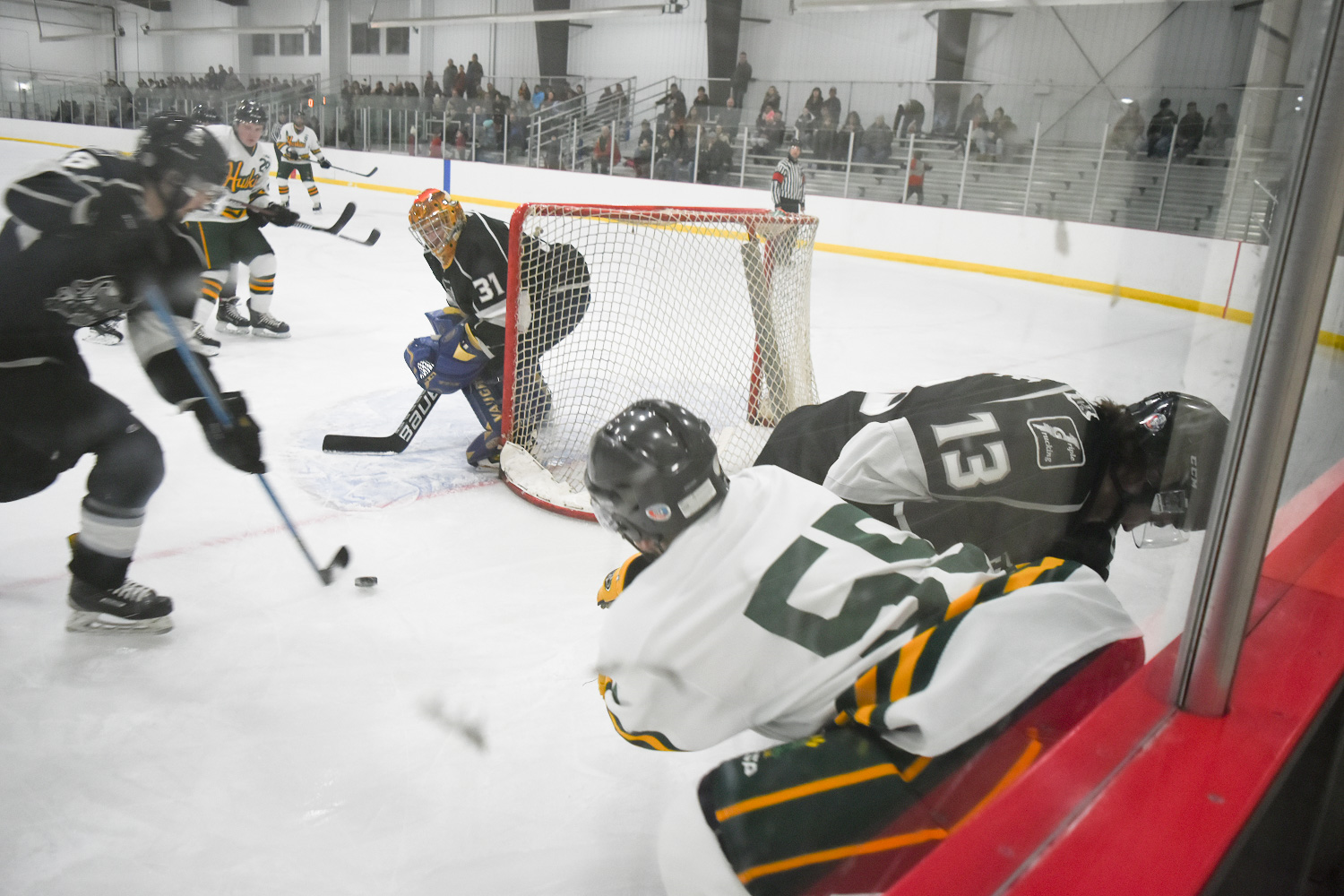 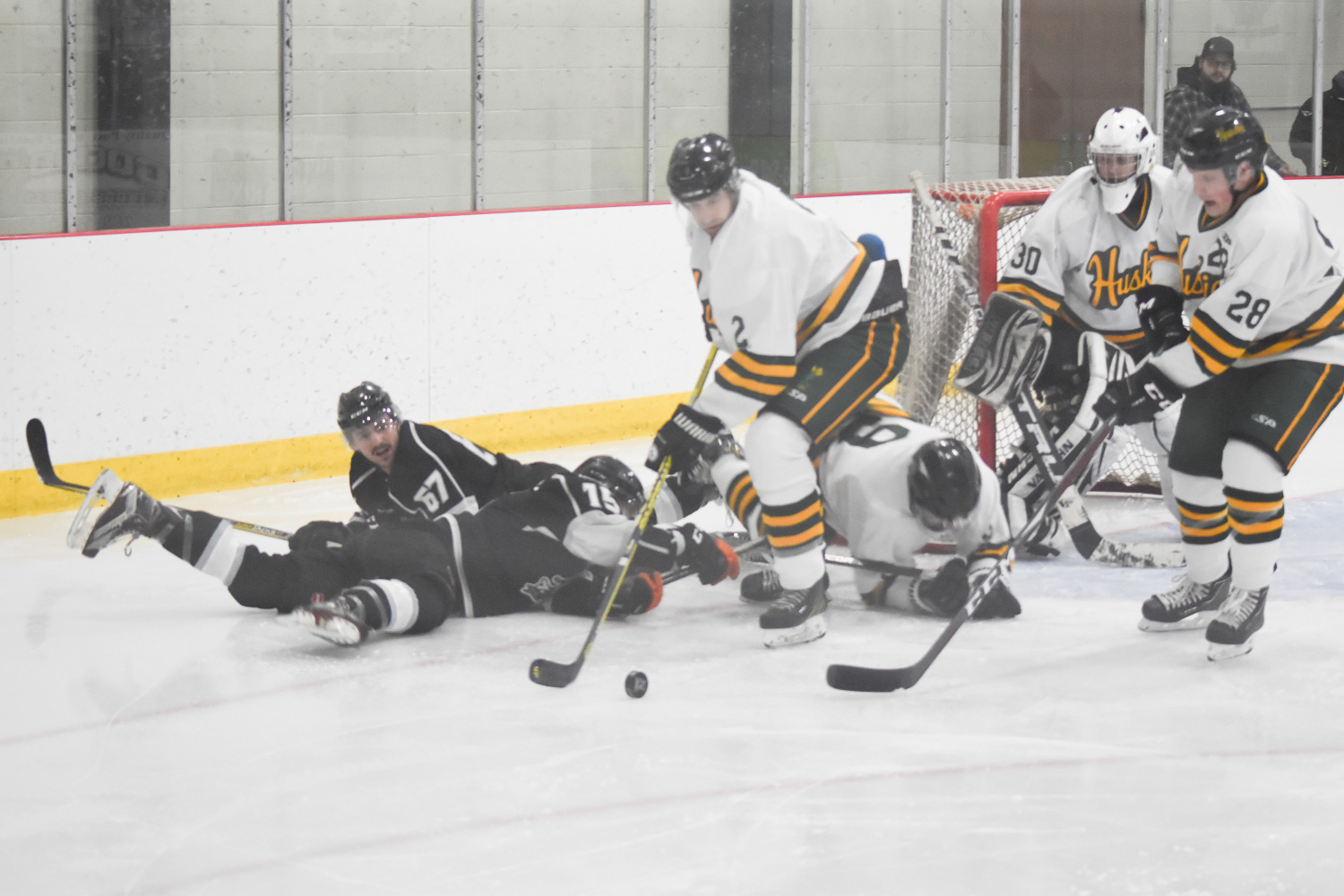 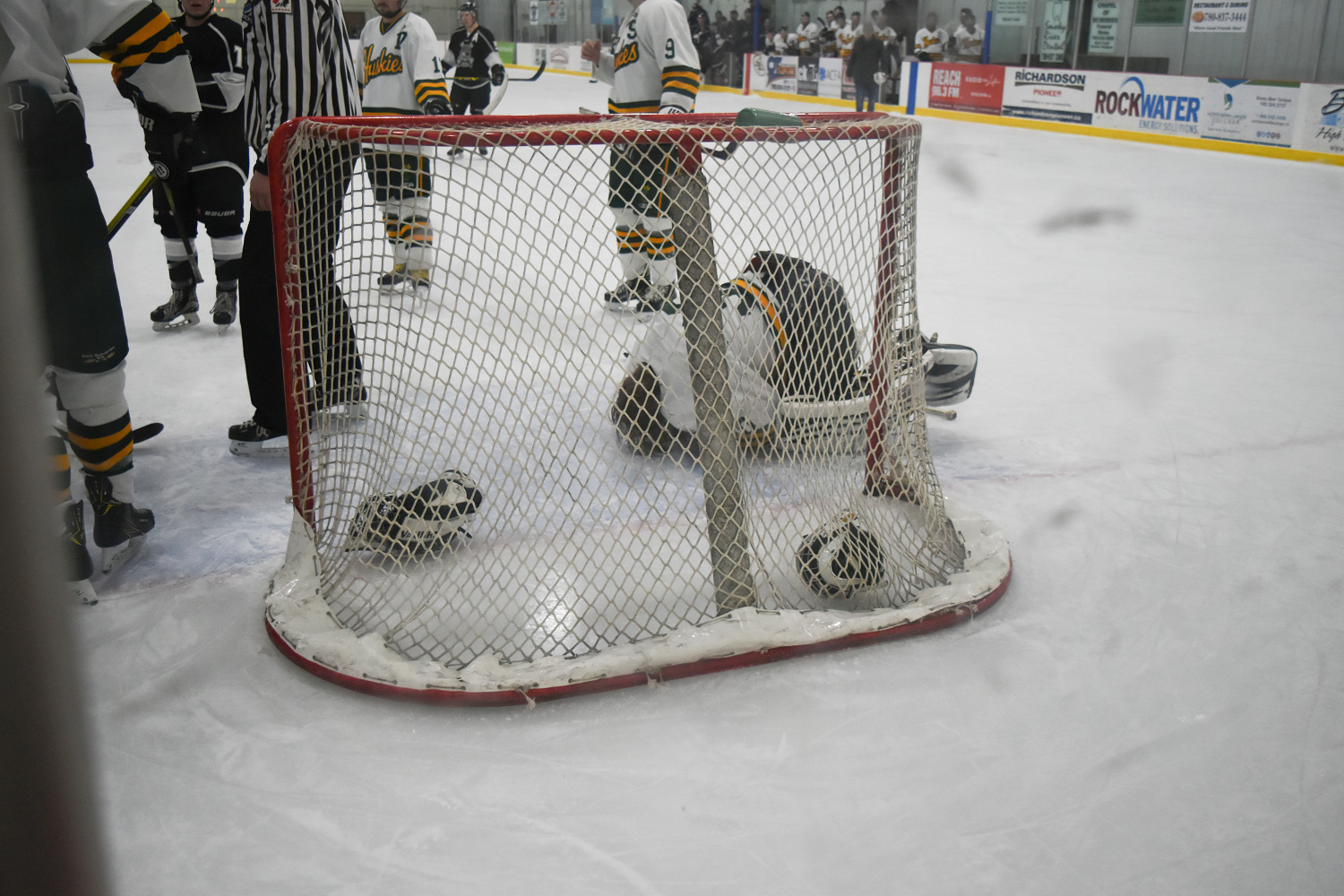