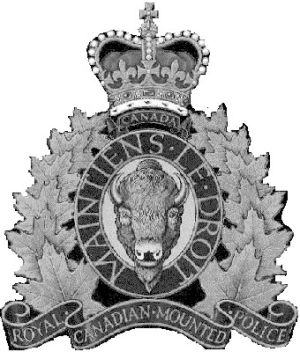 RCMP investigators confirm that they have arrested and detained a lone suspect in the investigation pertaining to the homicides of Dylan Laboucan and Cory Grey, both of whom were reported missing from their home on the Whitefish Lake First Nation on July 26, 2016 and whose bodies were found in a rural area days later.

The RCMP continues its investigation into the homicides utilizing resources from its Major Crimes Unit (MCU) based out of Edmonton, as well as the Forensic Identification Section (FIS) and members from the High Prairie RCMP detachment.

Details as to the identity of the suspect and the specific charges are not available as the investigation is ongoing and charges have not been laid formally at the time of writing.

RCMP are investigating an armed robbery which occurred overnight at the Mac’s Convenience Store.

Upon arriving at the store, police encountered a lone female inside the business with a knife. No one was injured during the robbery and police arrested the woman without incident.

A 24-year-old Slave Lake woman is currently in custody, and faces robbery charges. The investigation is continuing.

If you have any additional information about this crime or any other crime, please call the Slave Lake RCMP at (780) 849-3999.