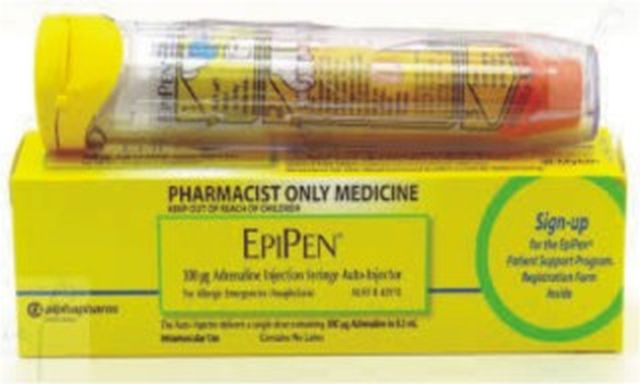 Health Canada is warning people with severe allergies that EpiPens are in short supply across the country after the company that makes the auto-injectors reported shortages of both the regular and junior versions of the emergency medication.Pfizer Canada flagged shortages of EpiPens four times last year and again in January of this year, but in each of those cases the manufacturer was only running low on auto-injectors for older children and adults.

This time, a shortage has been declared for both the regular EpiPen and the EpiPen Junior for children who weigh between 15 and 30 kilograms.

Pfizer is the lone supplier of EpiPens in Canada. Supriya Sharma, chief medical adviser for Health Canada, said the shortage does not mean the EpiPen cupboard is bare at every pharmacy, only that the supply is being carefully managed to ensure that patients and parents who genuinely need a new EpiPen get one. Pfizer does not know when the shortage will be resolved.

“The major issue is not to panic,” Dr. Sharma said. “The concern is that when people know something is in shortage, they go out and try to make sure they have supply.”

EpiPens allow patients or bystanders to more easily inject a single dose of adrenaline, also known as epinephrine, to counter the effects of life-threatening reactions to food, insect stings or other allergens.

EpiPens have a shelf-life of 12 to 18 months. Most people who require an EpiPen keep more than one on hand.

In the case of an emergency, an expired EpiPen can still be used, Dr. Sharma said.

“It’s not that you can’t use it beyond that date, it’s that we don’t have reliable data to talk about the quality of that medication beyond that [expiry] date,” she said.