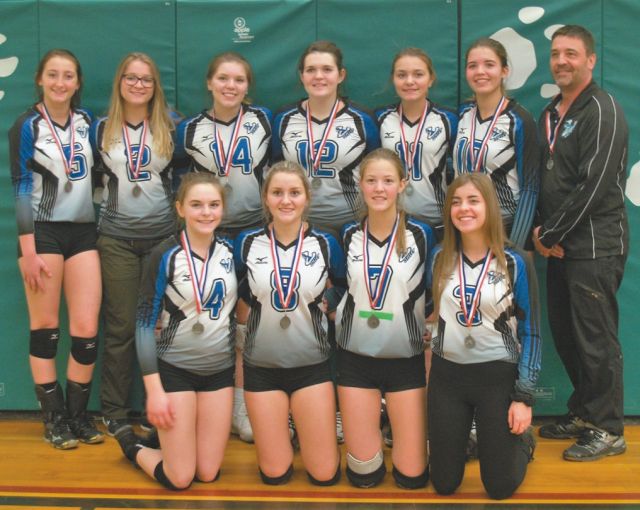 We attended the zone tournament in Valleyview on the weekend of Nov. 17-18.

After losing our opening round robin match against Spirit River the girls came together for a big win Friday evening, defeating Glenmary.

Saturday turned out to be a very busy day as we played two more round robin games with victories against EW Pratt and Hillside. Our record of 3-1 placed us second in our pool and set us up for a match with Fairview High in the quarter final. After a slow start the girls came back and won in two sets, setting up a semi-final match versus Peace High.

We lost the first set and the girls dug deep and won a close second set. The third set we took an early lead and after a little wobble in the middle of the set we were able to keep our lead and finished with a 15-9 victory securing a spot in the final.

We faced Spirit River once again in the final, and with this being the fifth match of the day. After the emotions of finally securing a spot in the final the girls were physically and emotionally drained and had little fight left.

We lost to a very good team and finished with a Silver medal. But more importantly, we secured a wildcard spot in the 2A ASAA Provincials Nov. 23-25 in Fairview.