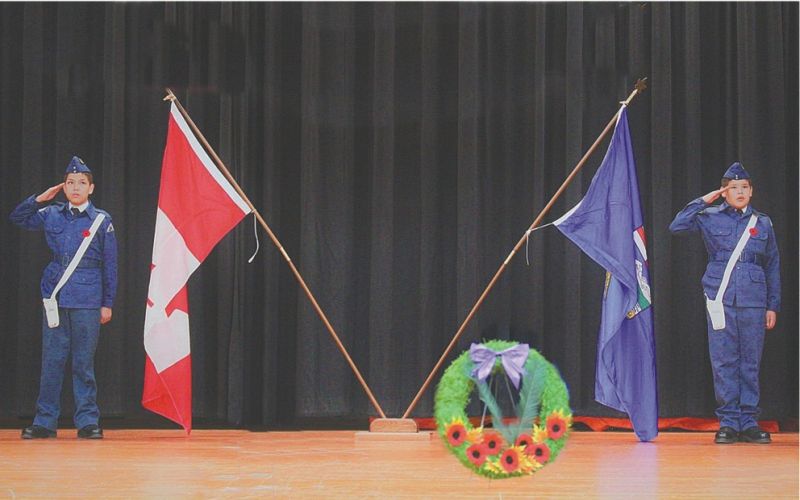 Vanier students gathered in the gym on Friday November 9 for the school Remembrance Day ceremony.

President of the McLennan Royal Canadian Legion #153, David Champion was guest of honour.

Two students hosted the event and two members of the Air Cadets were also in attendance as flag bearers.

As part of the ceremony, the school played a video about Cree code talkers who were indispensable to communications during the Second World War.

The video featured two First Nations veterans reminiscing about their experiences and their comrades when they served with the Canadian armed forces in Europe.

At the conclusion of the ceremony a student laid a wreath on the stage, another played the Last Post, followed by 2 minutes of silence.