Students and teachers at Georges P. Vanier took time on Nov. 9 to remember those who served and sacrificed in war.

One of the items featured for the service was a video presentation of ‘No Stone Left Alone’. It featured photos of the students who went to cemeteries in the region earlier in the week, to place poppies on the graves of veterans.

Dave Champion, the president of the Royal Canadian Legion in McLennan made a presentation about the importance of learning history in school. Champion also discussed his role in the Canadian military.

Under the direction of Brock Whalen, the Grade 9 and high school bands performed ‘Along the Beaches of Normandy’, ‘Air Force Blue’ and ‘O Canada’.

Meagan McNeil performed ‘The Last Post’ on her trumpet, as well as ‘Just a Common Soldier’ by A. Lawrence Vaincourt.

Some are featured in this week’s Express. 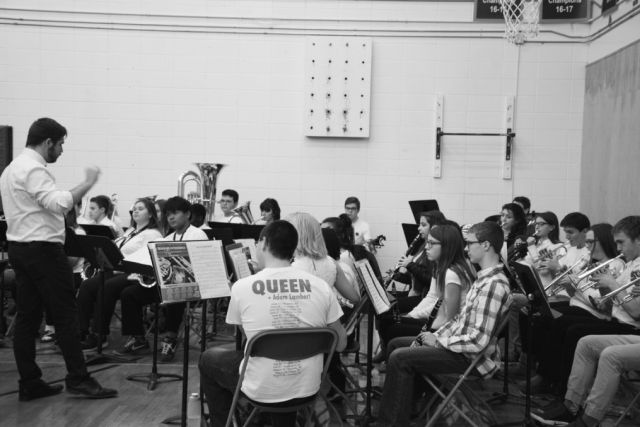