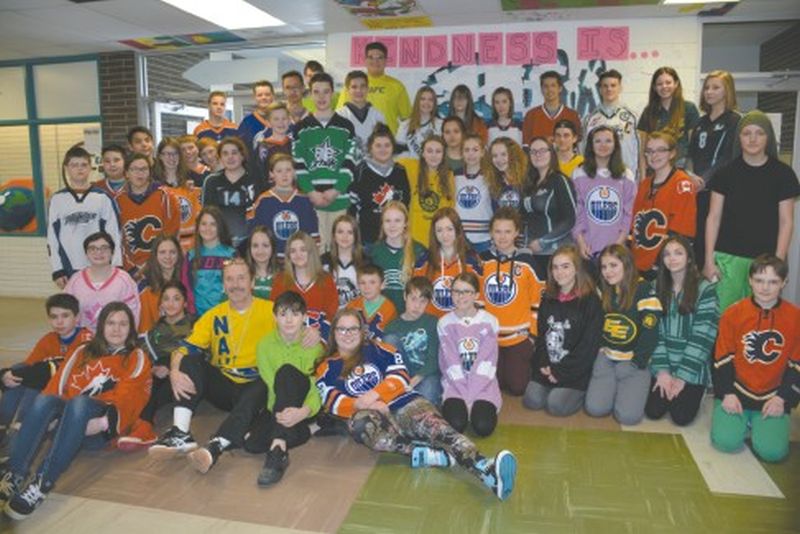 Jersey Day was held across Canada on April 12. Pictured above are students and staff at Georges P. Vanier participating on the same day. Schools, municipal offices and others participated in the event, including here in the Smoky River region, with people wearing their favourite sports jerseys to honour members of the Humboldt Broncos junior hockey team. Their bus was involved in a collision a commercial transport on April 13, and sixteen people died in the tragedy. Besides showing their moral support by wearing Jerseys, people across Canada participated in fundraising events and #PutYourSticksOut as tributes to the victims. Messages of sympathy were provided from around the world, including by Prime Minister Trudeau, Premier Rachael Notley and President Donald Trump. Check the April 18 edition of the Express for more local photos. GPV photos 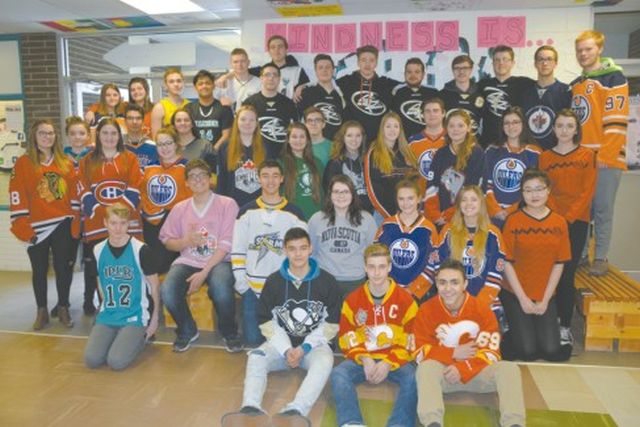