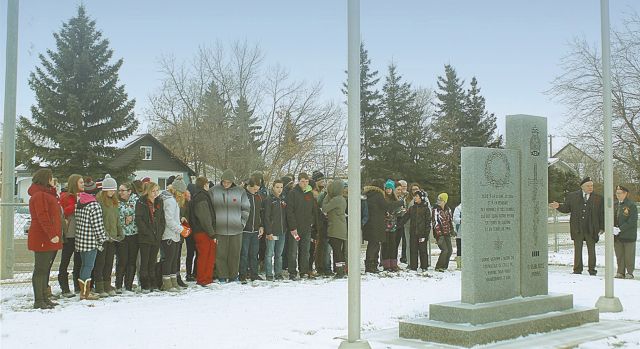 The day began at the centoaph at McLennan Royal Canadian Legion, attended by Legion president David Champion and Norma Sobolewski.

“No Stone Left Alone” is an annual event held during veterans week, when students across Canada honour those who served by visiting local cemeteries and laying poppies on veterans gravestones.

In 2011, Edmonton woman Maureen Purvis, established “No Stone Left Alone” in recognition of the sacrifice of the Canadian men and women who lost their lives in military service.

Her mission is to eventually see all of Canada’s veterans, in whatever cemetery they are buried to have a poppy placed on their headstone.

At the cenotaph observance, Vanier teacher and event coordination Marion Lessard spoke a few words, the students read “In Flanders Fields” David Champion read from the poem “For the Fallen,” Claire Tanguay read the “Prayer of Remembrance” and Vanier Principal Pam Heckbert played the last post.

Two students laid a wreath at the cenotaph before the entire gathering travelled to their first stop at McLennan cemetery.

All 32 students had a list of veterans’ names and a corresponding number of poppies to be placed on those veterans graves.

David Champion accompanied the students to all the cemeteries in the region.

Unlike last year, which had unseasonably warm weather, the weather on the November 7 was bitterly cold but deemed a small hardship in the process of commemorating those who endured much greater hardships and made enormous sacrifices.

If anyone in the community thinks a veteran’s headstone may have been overlooked and did not have a poppy placed on it, they should call Marion Lessard at (780)9253959 or email mlessard@hpsd.ca. 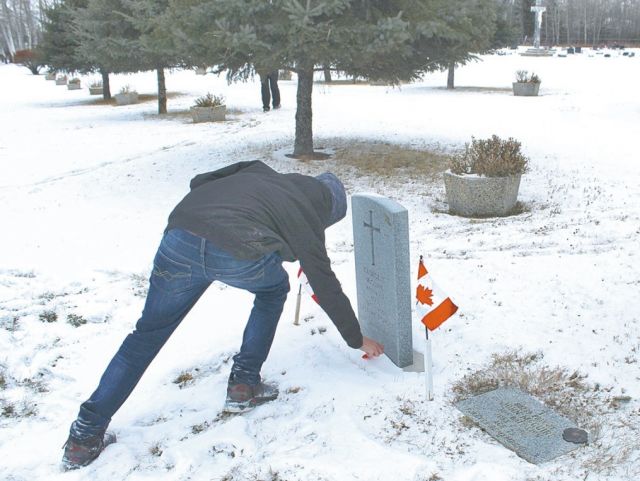 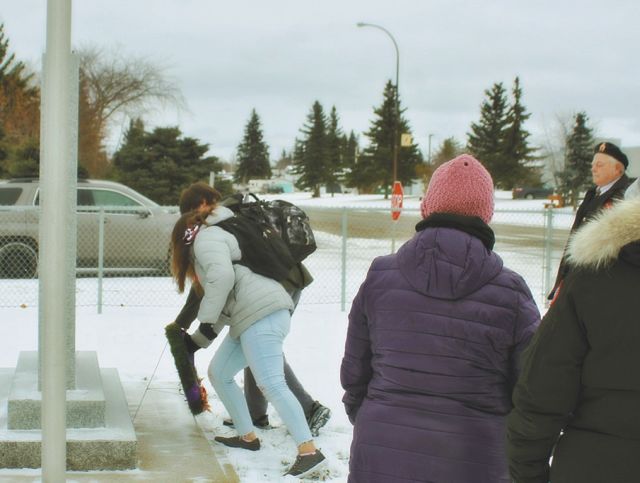