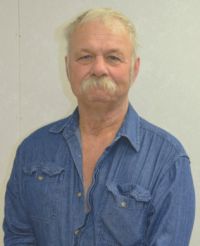 Four priorities stand out for Donald Gosselin in his re-election bid for the M.D. council: the Smoky River Water Co-op, gravelling roads, upgrading approaches for farmers’ fields and water drainage.

“We have quite a few issues to deal with,” says Gosselin, who is running for re-election in Ward 1. “Serving on council is very interesting. I look forward to the challenges as they come. I look forward, not backward.”

He wants to improve the operations of the Smoky River Water Co-op, including expanding the number of residents that can be served.

A second access road into the 5 Star Golf Club is a necessity, especially for the residents, and it could also serve as a route for the water intake at the Little Smoky River, he says.

Gosselin also wants to assist with a proposed housing development near Triangle Corner, with the M.D.’s boundary.

Then there’s replacement of the old High Prairie bridge on Aldridge Road, which he would like to see completed.

He also supports the need to upgrade the approaches into farmers’ fields.

However, the M.D. has received many applications for the work and will have to review them before deciding on which ones to proceed with. Expanding the gravelling program for the M.D. is another priority, especially to handle large farm equipment and Super-B trucks.

Concerning his achievements while on council:

. Six miles of new roads within Ward 1, and approximately 20 miles of dirt roads have been graveled, too.

. Thirty miles of brush along roads have been cleared.

. A new seventh grader is in service with the M.D.

. Paving in front of the Guy community hall is completed.

. The new chalet built at the Little Smoky River Ski Hill, and there’s a proposal for a cottage development at the ski hill.

. Rural addressing has been completed.

. Recreational grants available for communities and non-profit organizations to access.

He also noted the M.D. is going to provide funding for a new boat launch at Watino.

In terms of taxation, Gosselin believes that the M.D. can maintain the same level of service it has now, with the current level of taxation. Gosselin says, in conclusion:

“I have been devoted to the ratepayers and have brought your concerns to the council table. My intention is to continue to be your voice. Please feel free to contact me with any questions or concerns.”