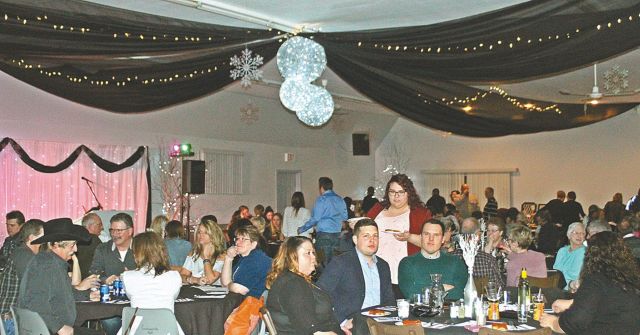 The event included a prime rib supper catered by Sam and staff from Esquire Hotel in Girouxville. It also featured comedians Scott Porteous and Will Hannigan and husband and wife musical duo “The Calverts.”

Will Hannigan, opened the show, establishing an immediate rapport with the audience, getting the evening off to an ebullient start.

Headliner, Scott Porteous is a young up-and-coming Canadian comic from Winnipeg who has performed across Canada and the US. He has appeared on CBC, at the Winnipeg Comedy Festival and one of three comedians chosen to represent Winnipeg in Canada’s Next Top Comic.

The Calverts, originally from Saskatchewan and now based in Airdrie is comprised of husband and wife duo Joe Calvert and Abbey Powell. The Calverts, who perform an eclectic mix of musical genres, started the evening playing country music, graduating to mainstream popular music as the evening progressed.

Joe Calvert is an accomplished guitarist who effortlessly moves from one variety of music to another and Abbey Powell is an excellent singer and multi-instrumentalist.

Winter Blaze also included a silent and two live auctions. The first live auction was for two tickets to an Oilers vs Canadians hockey game and the second for two tickets to Canadian country music artist Brett Kissel at the Greenview Regional Multiplex grand opening, a sold out event sponsored by Farm Credit Canada.

The Girouxville Enhancement Committee will continue to hold fundraising events, which include tentative plans for another golf tournament in 2018. 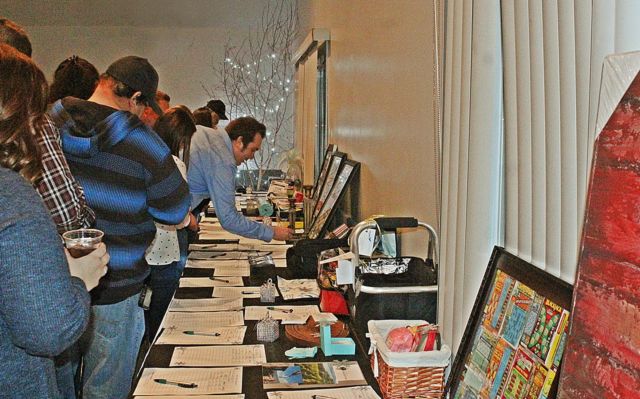