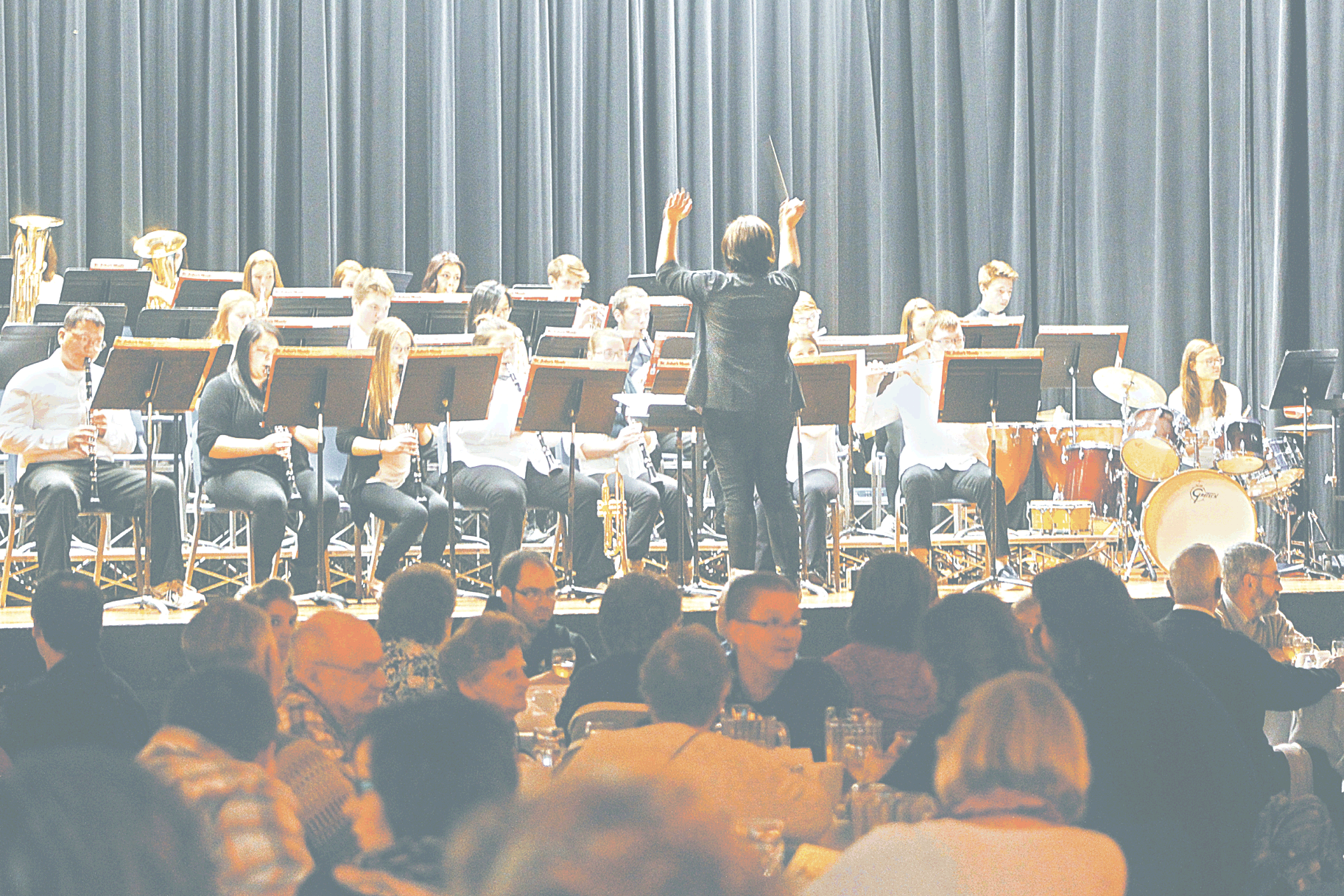 The 13th annual Georges P. Vanier’s Strike up the Band dinner, performance and silent auction on Sunday February 21 was once again a perfectly organized, elegant event.
Possessing the ineffable quality of all successful events and performances, that of having the sum equal the parts and making the complex appear effortless and relaxed with just enough formality to give it the sense of occasion it deserves.
As on former years, the band members wore two hats, bussing and waiting tables when not performing.
Along with being a talented, versatile and collaborative ensemble, the band students also brought good spirits and social grace to keeping the show rolling on the floor, contributing on all levels to the success of the event.
The G. P. Vanier senior high band began the evening with West Ridge Overture, by composer James Barnes.
The junior high band performed Crystal Moon composed by Larry Clarke and a piece entitled Canto.
Following an excellent prime rib dinner, the first segment of the silent auction got underway MC’d by Claude Girard. With a short break while chocolate cake desert was being served, the silent auction continued.
The senior high band concluded the evening with a rousing rendition of Whale Warriors by contemporary US composer Brian Balmages.
G.P. Vanier vice principal and band teacher Pam Heckbert expressed her gratitude to all who made the event possible, acknowledging that Strike up the Band is certainly a community event, both in its organization and its support.
Following last years performance, Heckbert said the kids really love performing, and Strike up the Band 2016 attests that she still manages to instill that commitment and enthusiasm as the students enjoyment of performing was palpable.
The fundraiser has immediate aims with a band trip to Vancouver leaving on Wednesday April 20 and returing to Donnelly on Sunday 24. The students will participate in workshops, and attend a number of musical events, including the Vancouver Symphony Orchestra.
Of course, the road trip through the Rockies will also be a highlight of the outing.