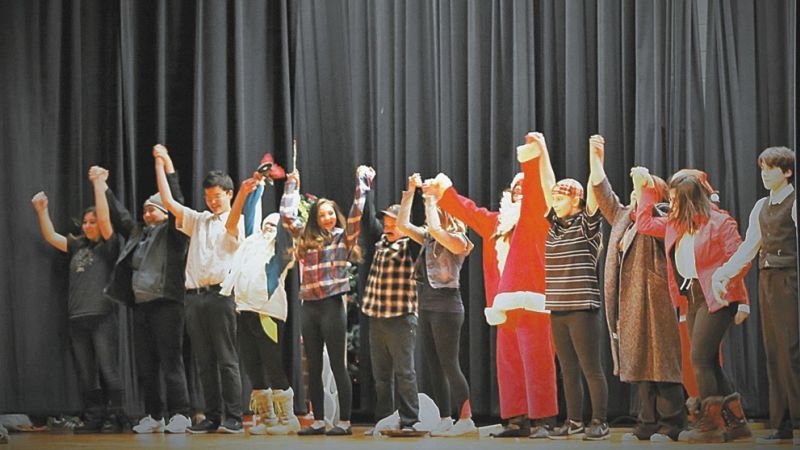 The G. P. Vanier Christmas Concert played to a standing room only crowd at the G.P. Vanier gym on Dec.13.

As the Vanier audiences have come to expect, the music at all levels and the Christmas play were well rendered by both the music and drama students.

The concert began with a rendition of Jingle Bells performed by the Grade 7 students who also performed Good King Wenceslas, Jolly Old St. Nicholas and Up on the Housetop.

The Christmas play, performed by Grade 9 Drama students and directed by Dave Pedden was an a humorous exploration of believers and Santa sceptics along with a discussion as to why Santa Claus choses to enter houses by the chimney rather than using a door or window.

The evening concluded with performances by the Grade 9 senior high band and the Grade 9 band.

All the students put in excellent performances in both drama and music and the audience which filled the large gym were evidently appreciative.