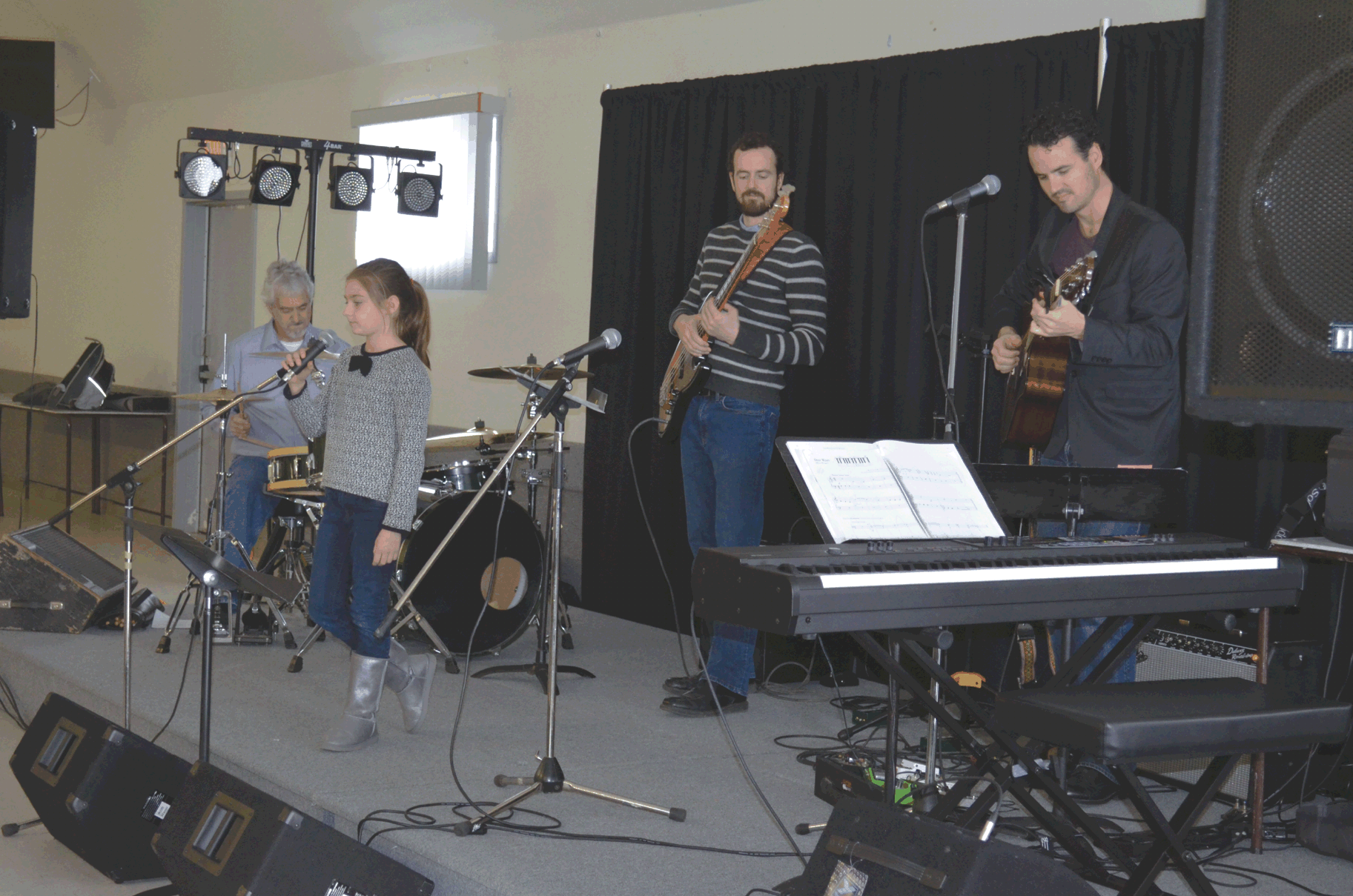 Zoé Roy performs ‘Ma version du bonheur’ at the Galala Francophone Music Concert. The event was held at the Girouxville community hall on March 13 and there were many performances and a large crowd.

The Girouxville community hall was filled to capacity on March 13, as youth performed songs in French to a delighted audience.
It was the Galala Francophone Music Concert, being held as a fundraiser for the Societe Historique et Génèalogique de Smoky River in Donnelly.
“We were extremely pleased with the turn out, for this first new version of our talent show,” says organizer Carmen Ewing.
“We raised near $1,000. The musical talent is as always superb we hope to make it bigger next year.”
The ACFA partnered with the Societe to host the event. Joel Lavoie, the president, says it’s important to have Francophone youth express their talents.
“There aren’t many opportunities for youth to perform music and to sing in French,” says Lavoie.
“It’s also (important) to perform in a semi-professional environment. The kids have been practicing for a couple of months, so there’s a lot of work involved.”
He performed with his guitar and joining him were his brother, Jean-Pierre Lavoie on bass, Al Lemire on drums and Nadia Sylvain on the piano.
There were eight youth performances. Zoé Roy opened with ‘Ma version du bonheur’.
Danika Aubin performend ‘Minuit’ and Laurence Soucey performanced ‘Nous sommes les mêmes’.
Emma Lavoie performed a the theme to ‘Star Wars’ on the piano.
For a duet, Isabelle Nicolet-Thibault and Mia Maisonneuve performed ‘Sans cri ni haine’.
Maisonneuve also performed ‘Un ange qui passe’.
Nadia Sylvain performed ‘Happy Time Jazz’ and ‘Sara bande’ on the piano. Meera Sylvain ended the first part of the Galala with ‘Sans raison’.
Following the intermission, Ariane Côté sang a series of songs with Joel Lavoie and Trin Potratz.
Look for a couple of video clips of the Galala on the Smoky River Express’ Facebook page. Also, check the Facebook for the Societe Historique et Génèalogique de Smoky River, for more information about their programs and mission.
They also have a website, at http://shgsr.org, for more information. 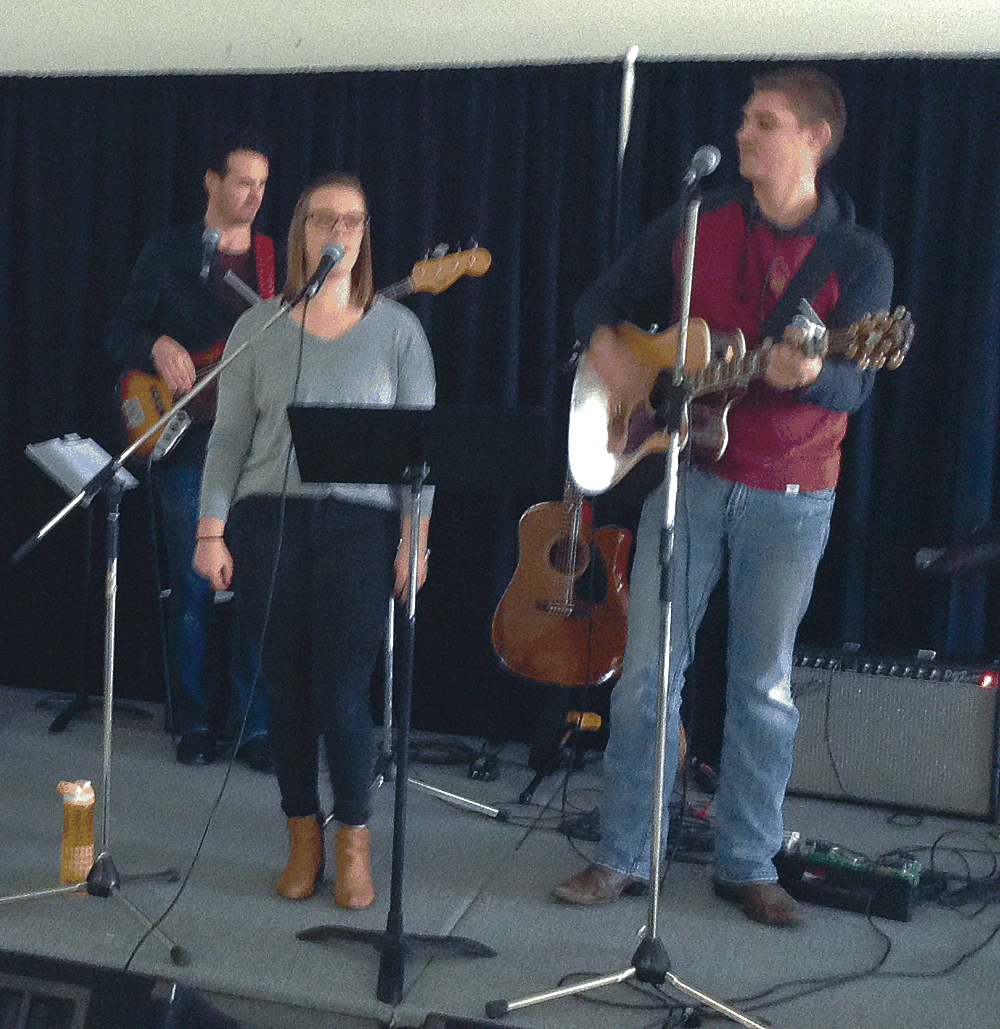 Ariane Côté sings a series of songs for guests at the Galala. Joining her for the performance were Joël Lavoie and Trin Potratz. 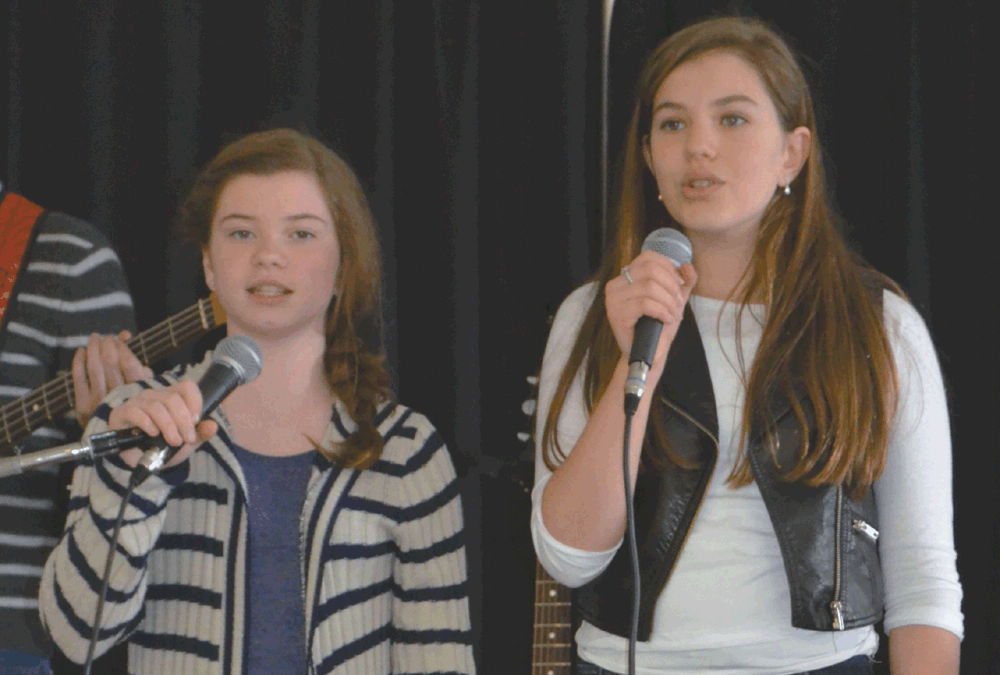