Former Grouard resident Stan Walchuk makes his living guiding people on horseback rides through the B.C. mountains. When he’s not doing that, he writes about it.

His second book based on his experiences – called Common Man/Uncommon Life, recently was published by Vista Press.

Walchuk was a young schoolteacher when he showed up in the Lesser Slave area back in the early 1990s. His first gig was as a substitute at E.W. Pratt in High Prairie.

Then he got a job teaching at Grouard School for the Northland School Division.

“That’s where I met my wife,” Walchuk says.

“She was teaching at Gift Lake and we met in Grouard. We made a lot of friends in the area.”

The adventure that led to Walchuk’s first book happened before that. Here’s the story, courtesy of Vista Publishing:

In 1982 three men set off with pack and saddle horses from the northern plains of BC in an attempt to cross the North American mountain ranges and reach the Pacific Ocean. More than three months later one of them, Stan Walchuk Jr, reached Wrangell Island, Alaska.

The odyssey was at times spectacular, and at times near impossible, life hanging by a thread far too often.

Soon after, the story was released and became the bestselling book and award-winning documentary viewed nationwide three times. The CORDILLERA! Expedition book and movie were written and produced by Walchuk.

For many readers and viewers the journey was a story of human perseverance pushed to the limits, of the great beauty of remote mountains, and of people who live in wild places. A wonder that someone had the drive and ability to complete so difficult a journey then write the book and make the movie. What no one could have known, until now, is that Walchuk’s life was a rehearsal of wild times and adventures looking forward to that leading role in The Cordillera Expedition.

From early childhood the adventures began and just never ended, and so the bigger story became a wild and adventurous lifetime that is larger than life. A life that is perhaps more unlikely and impossible than the Cordillera Journey.

Imagine being charged by grizzlies four times and still alive to tell about it. Swimming rivers with horses more than twenty times, falling through ice and swept down rivers, set afloat on an islands of ice, a bigfoot experience, brawls, amazingly tough and thrilling mountain adventures. All of it complete with a human face – reflection, comedy and hilarity. It is a story about a boys coming of age, about the dilemmas and values of life, life to the full without iPads and computers. As one reviewer wrote, ‘These are stories of raw emotion capturing feelings and uncertainties that we have all experienced, and expressed poignantly as only Stan can recount. There are also stories of triumph, of man overcoming the toughest of nature’s conditions, and of Stan achieving milestones that no one else ever has.’

And now it is out there for everyone to live.

“You should see the stories that didn’t make the book,”Walchuk says.

For more information visit www.vistap ublishing.net. Visit your local bookstore or order by phone at 1 250 569 3423 or email info@vistapublishing.net. Priced at 26.95.

Walchuk says he’s recently made arrangements to have his new book for sale at the Visitor Information Centre in Slave Lake. 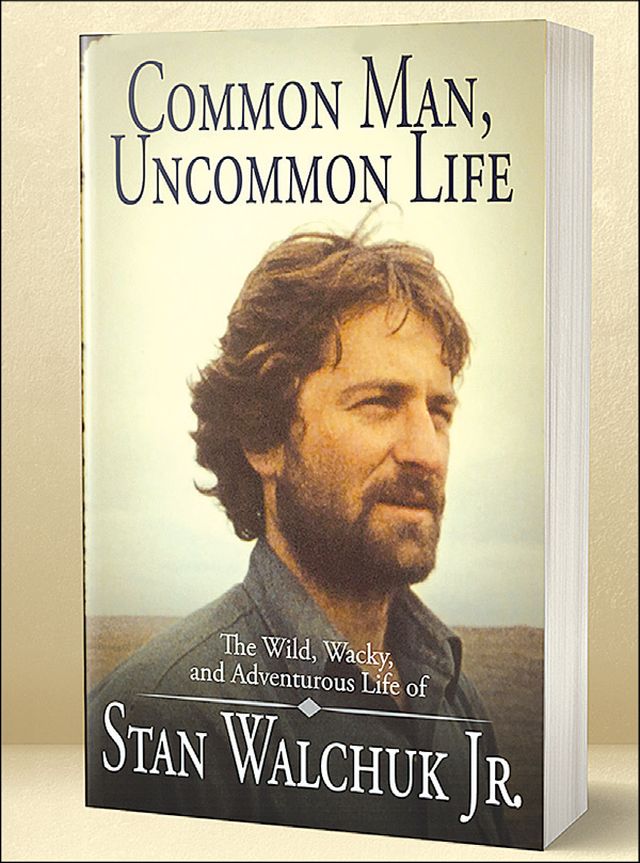