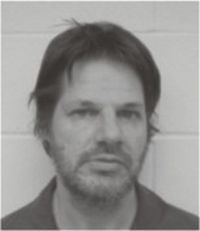 Father Paul Herbert had this to say upon hearing about Randall Hopley’s release.

“You know, it was hard to hear from a reporter friend that he was released and not from the proper authorities, but again, I knew this day was to come. I am so weak, that my personal feelings were stirred and I was upset.

So I had to get on my knees and be with God, as I am to weak to deal with this, we have this to God seven years ago and I give it to him now.

It’s times like this that I just remember that I can not carry the burden, but that he holds me up and carries me through.

Please pray that God has changed his heart or that God will protect those around him.

Before I became a Christian, I had the free will to choose my actions, but I freely gave my will to the lord and submitted my whole being to him. Let Jesus be in charge of this situation as I give it all up to him.”

Vancouver Police believe that circumstances exist to warn the public that Randall Peter Hopley, a federal offender, is residing in Vancouver and poses a risk of significant harm to the safety of young boys.

Fifty-three-year-old Hopley has previously been convicted of abduction of a person under the age of fourteen, sexual assault, assault, and break-and-enters.

In 2013, he was received a six-year-sentence for abducting a three-year-old boy from his home in the early hours of September 7, 2011, in Sparwood, B.C.

The Correctional Service of Canada has assessed Hopley as a high risk for violent and sexual re-offending.

Although Hopley has fully completed his sentence and has been released, he is bound by a 10-year long-term supervision order to help manage his risk factors.

Hopley must abide by several conditions:

Not to be in, near, or around places where children under the age of 16 are likely to congregate, such as elementary and secondary schools, parks, swimming pools and recreational centres, unless accompanied by an adult previously approved in writing by his parole supervisor.

Not to be the presence of any children under the age of 16 unless accompanied by a responsible adult who knows his criminal history, and has been previously approved in writing by his parole supervisor.