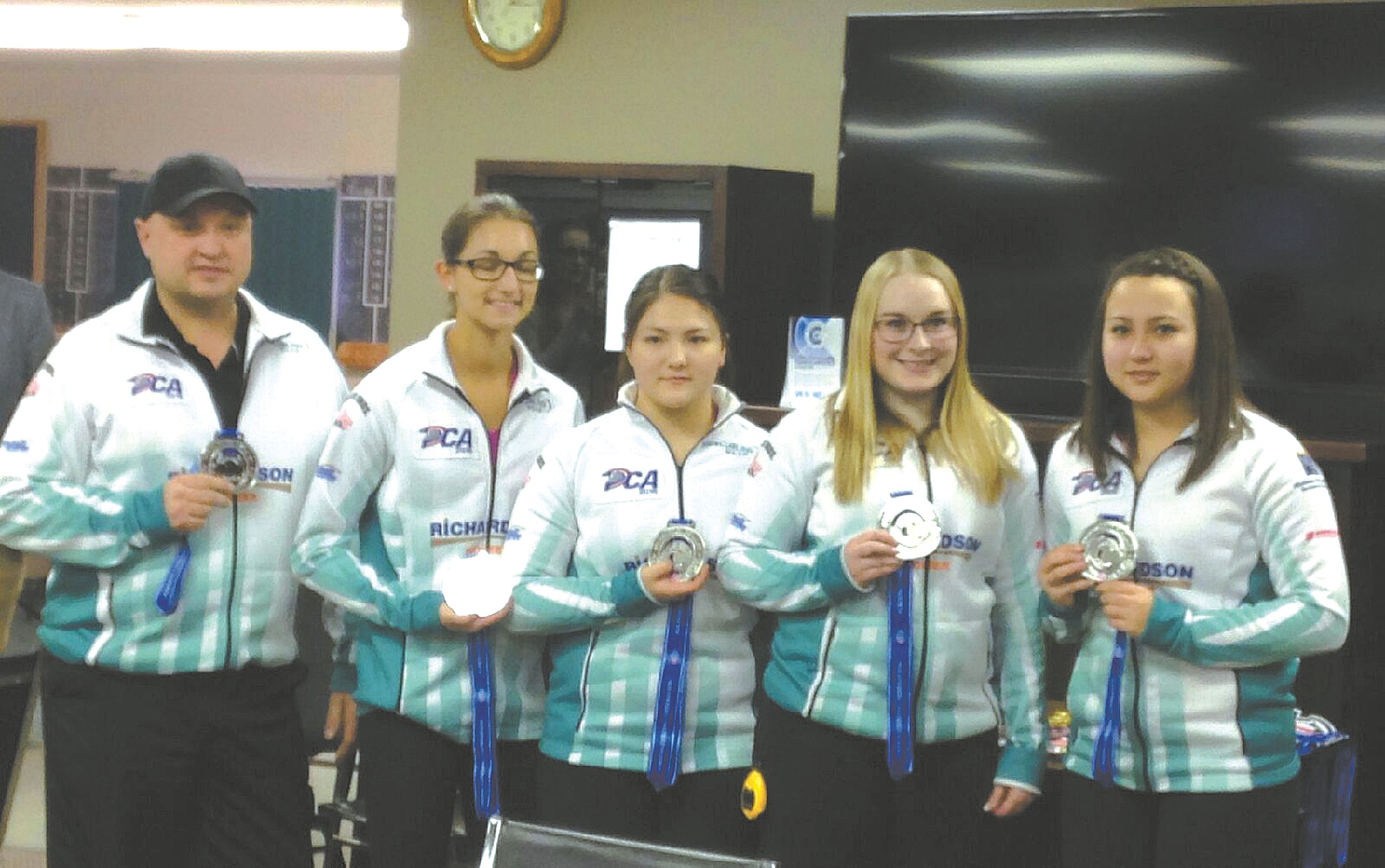 Alain Blanchette
Behind the Hack

Imagine being the BEST junior women’s curling team in Alberta, which in turns is arguably one of the best teams in Canada, and then even in the world.
Seems hard to image right? Well believe it or not but Falher was put on the curling map two weeks in a big way. The Skrlik team, which represents the Falher Curling Club, coached by Charles Simoneau, went 5-2 in the round robin at the Alberta Junior Woman’s playdowns.
This was good enough to get them into playoffs were they ended up defeating team Striffel, which was the number one team going into the tournament and the favorites to win the Alberta Title.
Team Skrlik was tied 5-5 playing the tenth end and stole one to win 6-5. That in itself was an achievement that no one has ever achieved from this area, ever in the history of curling for this area to make it to the finals.
This got competing for the title against Team Sturmay from Airdrie where this team went 7-0 in the round robin, definitely a strong team. It was a well-played game, where it was tied 5-5 playing the tenth end and team Skrlik had to steal one for the win, again but not unknown territory for the ladies.
Now when I say they got robbed, I mean it to the highest degree. It is arguably one of the most amazing shots, made by Team Sturmay, that has ever occurred to win a Junior Provincial title in any province, in the history of curling in this country. If you don’t believe me, please go to this link on YouTube and you can watch it for yourself, at https://www.youtube.com/watch?v=gujcXzT743U. I’m not sure what the exact odds are, but most curlers would say it was a 1-in-100 shots to be able to pull that off successfully.
Nonetheless, the Falher Curling Club is extremely proud of the young ladies and coach Charles Simoneau, on the great accomplishment at the Provincial level.
To be so close to an Alberta title does not come very often in any curlers carrier and is extremely hard to achieve but the bright light in all of this is that the young ladies still have two or three years left in being eligible to compete at this level.
Do not be surprised to see this team playing the game on TSN as we have world class junior curlers amongst ourselves.
It’s something our area has never witnessed before and we are truly blessed to know them and call them one of our own for a little bit longer.