While it may seem that school has been out for three months, the school year officially ended in late June.

Due to the COVID-19 pandemic, students across the province have not attended in-person classes since mid-March. As of March 16, Ecole Providence in McLennan cancelled in-person schooling, and in keeping with most other learning institutions, moved classes online.

“Children left the Providence building on a Friday with their personal items in their lockers and desks, fully expecting to be back in class the following Monday,” says principal Krista Veitch.

“As one knows, that Sunday, in-person classes were cancelled indefinitely, which was soon followed by an announcement that schools would remain closed for the remainder of the school year.”

Considering the speed these developments took place, teachers had to master new technology quickly in order to format online instruction, conduct classes and liaison with parents, as everyone adjusted to online schooling.

“We naturally worried about those who depend on school as a safe place and those who struggle academically,” says Veitch. “Teachers made every effort to stay connected with students and families to maintain a sense of school community.

“I think everyone involved, including students, parents and staff all did a commendable job, considering that it was new territory for everyone.”

As the end of the year approached, Providence staff was concerned that students were missing their usual field trips and year-end celebrations and wanted to have something special for the children to celebrate. Ecole Providence held numerous events to ensure that students felt celebrated. Different classes had virtual field trips and each class held an online, year-end awards ceremony. Every student received a certificate of achievement, based on their unique talents and abilities.

Slushy coupons were mailed out to all students with the grand finale took place on Tuesday, June 16, when staff organized a drive by parade through McLennan to wave goodbye to students and deliver them loot bags.

Along with Ecole Providence teachers and staff, M.D. of Smoky River fire chief, Marcel Maure and members of EMS participated in the year-end parade.

“I’m not sure who enjoyed it more, the staff or the students,” says Veitch. “Many teachers were crying at the sight of their excited students waving to them. It was not a typical end of the year celebration but staff at Ecole Providence hope that the students and their families understand how much they mean to us.” 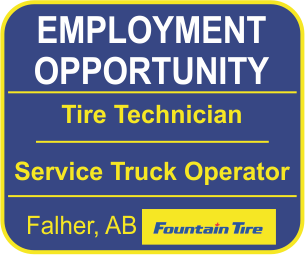 (to continue whether or not you're signing up, please click the button to go to the signup page then click the South Peace News logo at the top)

You have Successfully Subscribed!