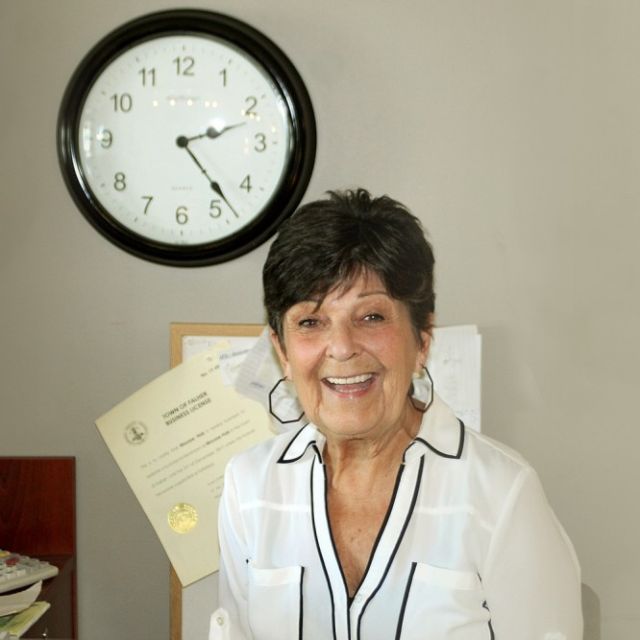 Long-time, local volunteer and fundraising events organizer, Doris Doyle will be a recipient of a Senate of Canada 150th Commemorative Medal.

One hundred and fifty people throughout Canada will receive the medals that mark the 150th anniversary of the first sitting of the Senate, which took place November 6, 1867.

Through her volunteering, dedication and hard work organizing large fundraising events, Doyle has certainly made her community a better place to live. However, she had no idea she was a candidate for the Senate 150 Medal until she received a phone call informing her she was a nominee.

Having asked the precise spelling of her full name for its inscription on the medal if she were chosen, the caller said Doyle would hear back in two weeks if she were successful.

“I never hear back from them and I felt a little sad, I thought it would be nice,” she said. “Then on Tuesday September 26, I got the letter saying that I did get it. It’s something you don’t expect because when you do things like volunteering you get really involved, it’s fun and you don’t think of nothing of the sort, so I was really surprised. But of course, to be recognized is wonderful, I still can’t believe it.”

Doyle also wondered who put her name forward and thought it must be her niece Selena Sliger and when asked, Selena she said yes that she put in the nomination.

“I want to thank Selena for having thought of me and for her to think that I deserve that, I’m honoured,” says Doyle.

Doyle has been volunteering and fundraising on behalf of worthy causes since 1983.

“My mother died when she was very young and after that, well maybe I felt I needed to be busy or something because I was taking care of her for a long time. Once I started, it never stopped, I got the bug and I loved it.”

She started raising money for her uncle, a missionary in Africa with the White Fathers, who asked for help and she agreed to give him five years.

During those five years, working with others within the local community Doyle raised money to buy among other things a tractor, sewing machines, bicycles and raised funds to develop two sources of water for thousands of people in what was then Zaire and is now the Democratic Republic of the Congo.

After five years, she told her uncle that she had to turn her attention to helping people in the immediate community here in region.

Doris Doyle was president of the Ladies Auxiliary for eleven years and has been involved with St. Anne’s Parish Church committee. Some of the local organizations she has fundraised for include the firefighters kids program, women’s shelter in Peace River, The Friendship Corner and the last big event she organized was the “Fifty Shades of Pink Gala,” to raise funds for the Genealogical Society in Donnelly.

“I have done so much; I had to really think about what I had done because it never entered my mind,” stays Doyle. “The majority of the things I did I always had the same committee. I’m not going to mention names because they know who they are, and for all the successful fundraisers that I had it was because of my committee. I depended on them.”

At a formal ceremony in Edmonton’s Government House scheduled for November 14, the Honourable Lois E. Mitchell Lieutenant Governor of Alberta will present Doris Doyle with the Senate of Canada 150th Commemorative Medal. The presentation will be followed with a reception.

Doyle will attend the event with two guests and Selina Sliger as the person who nominated Doris Doyle has received a separate invitation for herself and one guest.

“To those who were ever on my committees, I say thank you, because without them of course, I would never have been able to do all of what we did,” says Doyle. “Also, all the volunteers that ever helped in any way, I say thank you.” 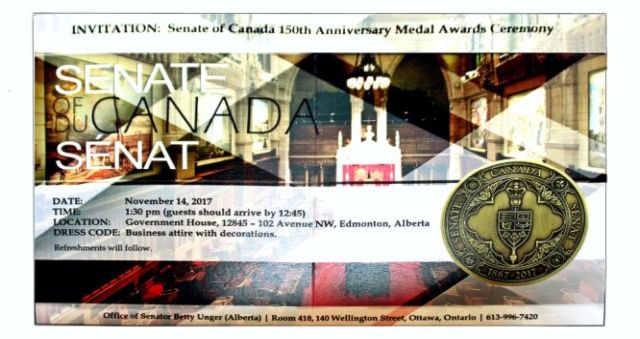