March 19 was both an exciting day as two area Mushers brought the lore and the lure of dogsledding to the shores of Kimiwan Lake in McLennan.

They are keeping this ancient northern tradition alive and gladly welcomed the opportunity to share their passion. The free event also offered live music by Marjie and Mel Hyland, and recitation of the poetry of Robert Service, Bard of the Yukon, by Todd Moore.

The event was sponsored by the McLennan and District Chamber of Commerce as part of a series of outdoor themed events aimed at garnering interest and raising funds to support a the Chamber hosting a recreation themed trade fair in the community. The Chamber believes that such an event would attract not only out-of-region businesses focused on the outdoors and recreation, but also provide opportunity to spotlight and support local businesses. While attendance at the dog sledding event was free, nearly $500 was raised through a silent auction of dogsled rides donated by the Mushers.

The Chamber Trade and Recreation Fair Sub-Committee have selected Robin Hood as its logo, which speaks to the outdoors, fun, imagination, and folks banding together to achieve goals. The Chamber and Sub-Committee welcomes anyone with interest in knowing more about the trade fair, or becoming involved with the planning to visit their McLennan Trade and Recreation Fair Facebook page for more information. 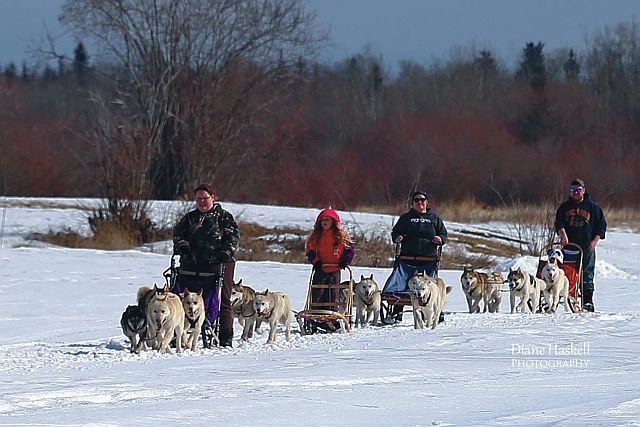